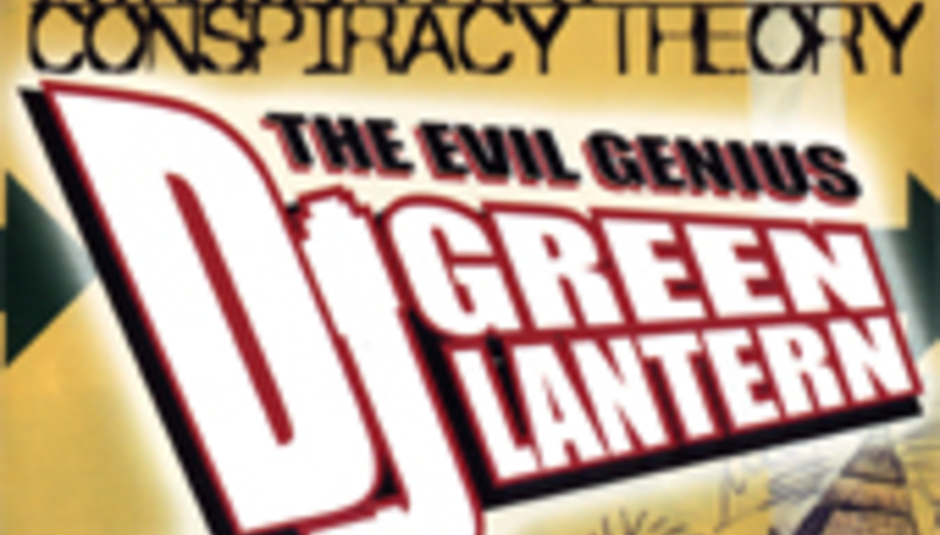 Beatnuts 'Contact’
Been trying to wean myself off the new school (difficult when you are at the same time trying to stay on top of new releases), so I turned back a few years (well, tow) to this cut. This has a fresh East Coast Latino style which sounds like it’s right out of the late 80’s. Nod that head. Hey Editor! DiS radio should be playing this.

TLC ’Ain’t too proud to Beg’
Back when this came out they looked silly, I don’t think that’s unfair to say. But this has kept it’s bouncy up-off-your-ass vibe. Think I might make a Summer BBQ cd this weekend.

Snoop Dogg ’Uncle Charlie Wilson’
Another ode to smoking the evil weed, but it’s Snoop what do you expect. By the way, his latest promo video for ‘Beautiful’, I was sure I saw some blue-ish smoke coming out of his mouth. So much for him quitting. This is straight up electro funk, I’m assured this track is a 2002 production, but this sounds like it’s straight mid 80’s.

DJ Green Lantern ’Invasion Part II - Conspiracy Theory’
The latest in the barrage of abuse flying between Eminem and Ja Rule; a 25 track mixtape with about 18 pf these devoted to slander, insults and grown men calling each other out for a scrap. I had planned to do a Holla in depth look at this lyrical battle after Eminem had finished Ja Rule after one track like he did with the hopeless Benzino. But it didn’t happen, so I held it back for the second round in which Em would obliterate the competition with a classic diss. It still never happened. Not that Ja represented himself with any skills at all or held his own, it’s just that Eminem sank to his lack of skill level. He got pretty close to finishing it with the rewrite of Makavelli’s Hail Mary, . But it’s pretty hard to take seriously dissing someone for biting 2pac over a 2pac track. Actually Busta Rhymes verses on this track blows both 50 Cent and Em out of the water. Smart, funny, serious and straight to the point; Busta is back.
This is entertaining in a kind of juvenile way I suppose. Feels like an episode of a Soap or something. But I’d suggest that if you don’t really care who wins this battle or have an interest in that side of hip-hop you’ll probably be bored, offended or reaching for the remote pretty quick.

Jay-Z's signature Reebok trainer, the ’S. Carter’ hit stores on April 18th and the first run has sold out already, the majority within the first few hours of trade. Reebok even suggested it could be their fastest selling line ever. Would anyone in the UK be as keen to buy a Liam Gallagher designed fur lined parker or a Chris Martin sponsored line of silly hats?

On a musical note, a mixtape was also released the same day to coincide with this line. Well, Jay has already whored himself...erm I mean...invested his time, name and talent into promoting his labels clothing line and brand of Vodka so why not shoes with a free CD?. The ‘S. Carter Mixtape’ is a collection of old, new tracks, exclusives, mixes and freestyles; without a shoe theme though, just in case you were wondering. . It’s a decent release actually, and the loosest Jay-Z has sounded on record to date, perhaps being a mixtape he's feeling released from the pressure of a major LP release. There are some sharp, funny freestyles and different from most mixtapes there is no irritating DJ hollering over the tracks. Unintentionally hilarious though are the spoken word tributes by Beyonce and Russell Simmons; he's an MC not an MLK or a Malcolm X. But to counter this lack of promotion from the DJ we do get countless "Hey! 'Black Album' coming soon" references

DJ Premier and Guru have just finished their U.S. tour with Talib Kweli and Common, shitty news though The Ownerz LP that was scheduled for a May release has been pushed back till June. No word yet as to why, but such a lengthy delay may mean the content wasn’t up there with their past releases. My guess is they are back in the studio sharpening things up.

Worse news still Foxy Brown has had her next LP ‘Ill Na Na 2: The Fever’ pushed back without a release date at all. There are alleged problems between her and Def Jam based on her image and creative control. Judging by rumours of the content of the leaked promos, it’s not a problem based on quality, it’s her strongest to date. Lead single Yeah Come On (another in a never-ending stream of Neptunes productions) is already blazing across US radio, so will they be able to hold back the album now?