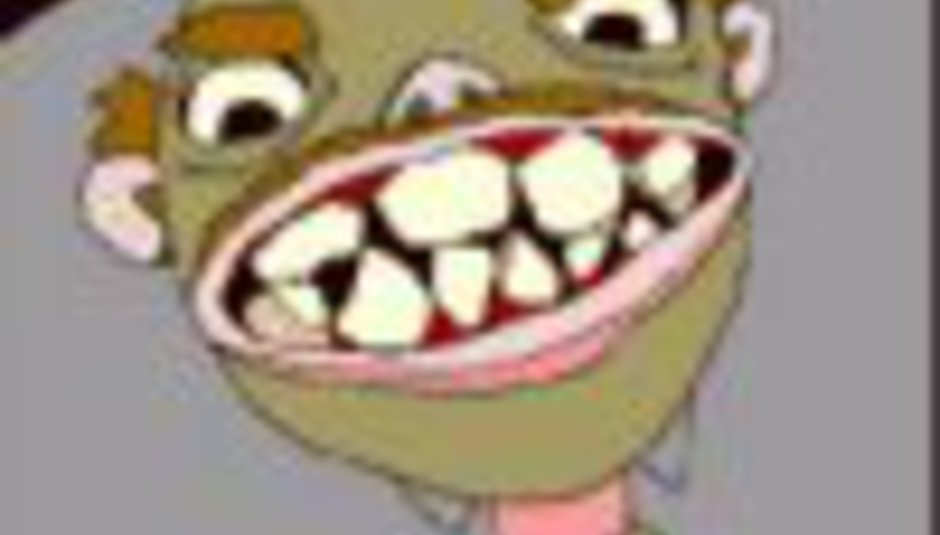 Stacey does the DiS Alldayer

by Stacey Starfucker April 19th, 2003
For all you people who want a chord by chord, join the dots review, leave now. This article right here and now, is not the place that you are going to be satisfied, so best if you pull your pants up and walk out the door like we never met. I hear there’s a slightly past it rock rag around the corner for you to get wrist ache over.

Right. Down to business. It’s Friday. It’s the DiS Alldayer at the Brixton Windmill. And it’s hot like an oven outside. Inside however there is a life size Hello Kitty playing a mean guitar, occasionally punching the air and shaking her hips like she just don’t care. The only more surreal thing in the room is Count Duccula bashing at some drums. The Phil Collins 3 are the future gods of rock. Taking sound apart and rearranging it like crazy paving.

Next up, a non-descript band called Fi-Lo Radio, a good enough reason to go get bladdered at the bar and partake of the free Barbeque. Yum!

I stumble back inside, after talking to some rock kids who look too young to buy Tipp-ex let alone be allowed near the naked flame of the barbeque without adult supervision.
*Stacey omits to mention that much time was spent necking with one of the aforementioned youths, who she thought was a member of Crackout, but later found out that he was into crack but did used to go to school with the singer's younger brother's next door neighbour…or something like that*

Seachange look unlikely to rock my world. But oh oh oh how wrong can a girl be. Though they don’t sound like them, these people are the reason why the words ‘Sonic’ and ‘Youth’ were created in rock heaven. Six people stand before me and fall into chasm upon chasm of soul bashing rock twisting euphoria. Each member is transported in plain view of the audience into their own world, where their guitars, their violins, their words are the only thing that matters to them right here and right now. Finally, a band that makes the blood course through my veins. Band members are on their knees, rolling onto their backs, legs in the air, eyes glued shut like the rest of the room doesn’t exist. Drowning in sound never looked and felt so good.

Now I’m sweaty and my legs are quaking like I’ve just been visited by an epiphany. “Deep breaths Stacey, deep breaths”. I go to the corner of the room to shake out my soul and put plasters on its bruised knees, but I really want to put my hands over my ears to try and keep the sound of Seachange locked inside.

But now it’s time, ladies and gents, boys and girls, for The Koreans. Oh The Koreans. They remind me of those t-shirts that have a Hawaiian sunset and a palm tree on the front. Like the promise of sunshine, these guys make me smile. As the band slam into ‘Machine Code’, the crowd are possessed. Hips jiggle as Ollie wiggles his way around the stage, jumping from keyboards to microphone and stopping only to shake a tambourine somewhere in between. The song ends, and the room erupts. I turn around and there’s not an inch of space left without a person smiling and dancing. The Koreans don’t wait to draw breath and launch into the rest of their set. I keep thinking that I’m gonna look round and see teenage girls standing at the front of the stage, pushed to the point of collapse by the hungry crowd, tears streaming down their cheeks, watching a band that could whip up the same frenzy as the Beatles before they found ‘god’. My ear drums perforate and it sounds like a stadium in here. People are cheering and the band look almost shocked. They finish their set with an encore of ‘Give a Fuck’ and then leave the stage in a dripping frenzy of handshakes and back slaps.
Ladies and Gentlemen The Koreans have left the building.
And so do I.