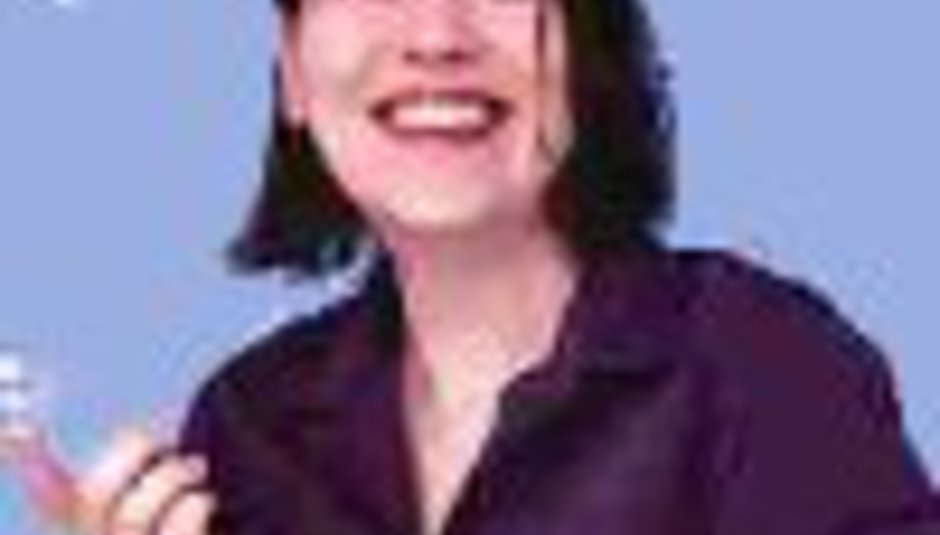 by Mark Reed March 15th, 2003
Raised on a diet of Diagnosis Murder and Dorothy Parker, Natalie Haynes is Britain's funniest woman. (Well, apart from my ex, who is funny in completely different - and altogether less enjoyable - ways). Natalie's naughty and nice and not the type of woman that you'll see turning into a pale imitation of herself in a few years time just to please the BBC. Integrity goes a long way. (About 50,000 miles a year).

In a male-dominated stand-up environment, her new show "Troubled Enough" is a brave stab at thematically categorising phobias and other mental stumbling blocks into a cohesive whole : and it works.

But despite being allegedly controversial, she's not 'taboo-breaking' for the sake of it : she's just not as repressed as your stereotypical Brit. And therefore, nothing is off-limits - she's fearless. Years of teaching pubescent yoof have hardened her into a take-no-prisoners stand-up who'd probably give you the sweetest smile whilst kicking you in the balls. If you deserved it. And oh boy, you don't deserve comedy this good.

A typical show involves at least two or three methods of suicide, deformed children, cancer, Joey Deacon (Blue Peter's very own adoptamong from the seventies), some of the most inventive swearing outside of a Kevin Smith movie, and a bit of racy teacher-pupil sex ; all of which has had her banned from venues across the country by idiots who can't even spell 'cancer' correctly : (a compliment if there ever was one).

And that's what "Troubled Enough" is : not only is it funnier than the look on George Bush's face when he gets his Jihad, it also helps us make sense of this meaningless tide of bullshit we call life and realise that all of this is just one great big cosmic joke. And that nothing is funnier than how seriously some of us take ourselves.

Whilst other comedians either distract us with a meaningless slurry of gags or vague, bland subject matter, Natalie just offers us a life on a plate, looked at through a microscope and at an angle where our lives almost make sense. (Almost). Everything, no matter how odd, makes sense from some angle. In a life that often seems senseless, barren of joy, and often pointless, she gives us the little shards of joy and beauty that show us that it is worthwhile. Leave with a huge smile. And the inner glow that comes from being one of the 'Joey Deacon Generation'.

(Natalie tours about 220 days a year. She's probably playing next door to you in the next couple of weeks. There are NO excuses not to go. So go look at her website)