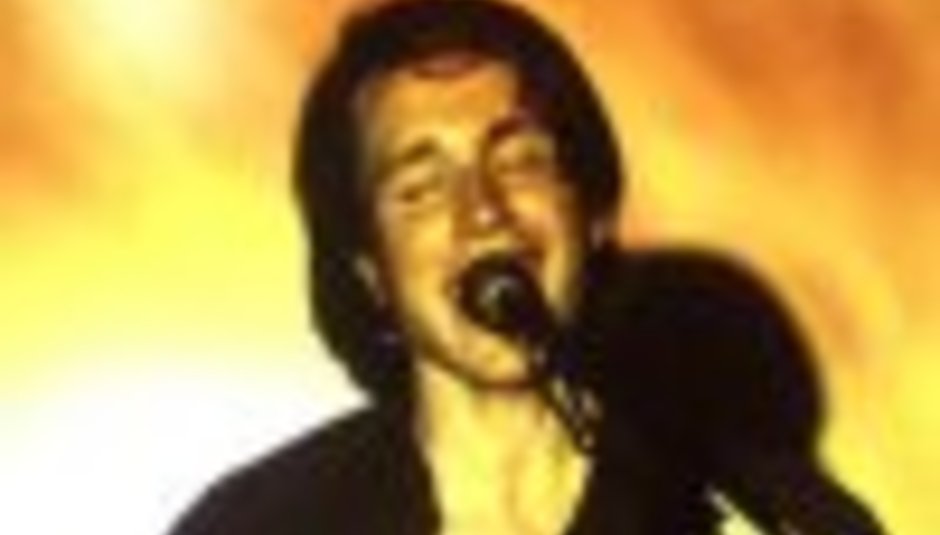 by Sara Lovejoy February 21st, 2003
Danish band Mew release their new album, Frengers on 7th April. We caught up with high pitched lovely Jonas a few days after they completed their mini tour with Martin Grech.

Your music has a really distinctive and unique sound, not least because of your vocals. What music do you think most influences your sound?

Back when we began I did not have a PA which meant I put my vocals through my guitar amp. That, and the fact that we rehearsed louder than evil meant I had to sing really high to be able to distinguish my voice from the other instruments. Since then it's been how I write melodies, although I am trying to sing lower on some songs. When we started out we were hugely inspired by Stina Nordenstam, The Swirlies, The Pixies and other bands. But pretty quickly we found our own sound which I think is something all bands must do to find their place.

How did you and Stina Nordenstam get together to record? It’s cool how you have her singing on the back drop at your live shows. Has she performed on stage with you?

Stina never performs live. She used to; unfortunately I never got to see her perform except for in the studio. I met her through a friend, working on a semi-animated film called Sanies, directed by Lars Bo Jandrup, who incidentally designed our logo for Evil Office. I gave her a demo but didn't hear back from her. Then all of a sudden she turned up in the studio and recorded with us. It was one of the great moments of my life as I have been a fan for many years. She is one of my favourite singers in the world.

Your imagery during your live shows is really beautiful. Do the images inspire the songs or do the songs come before the images?

Mostly the music comes first. We are trying to do other stuff now, for the next album I think some entire songs will be the other way around.

When you are performing live, the lights are turned off so that the images become the dominating feature beside the music. Do you all prefer people to see and hear your work rather than see you?

Not really, no. Whenever we have the possibility of putting lights on us that do not take away from the visuals i.e. from above or from sides we do exactly that. Unfortunately most venues make that impossible especially if you're the support band.

Film obviously plays a large part in your creative career. Which directors have inspired you and your music?

Who would win in a fight between a gorilla and a shark?

Definitely the shark would (assuming it's in the water). Sharks are the silent killer, been around since before dinosaurs. They are beautiful but deadly.

Your songs have a real upbeat and uplifting sound to them but in contrast, the lyrics are often 'sad'. Is that how you intended the songs to come across?

Our music is often both. But without the blue tone in both lyrics and sound we often get bored and move on to something else. Melancholy sticks.

What places, people or cultural things inspire you?

Would you consider letting other film makers create your images for you?

Yes. We have worked with other people in the past and also recently. Sam Brown just directed a video for us for our next single Comforting Sounds. We did collaborate with him and some of my visuals are shown within the video, but we do let other people create. We also worked with Jonathan Esc who is a director from New Zealand a number of times, although none of his work has been used for anything yet, it will be available at some point.

What new bands would you recommend people to check out?

There is a band based partly in Copenhagen called Lords of Destruction. I have seen them live once and two recordings, demos. I have never heard anything quite like it. It's really... out there. Also a band from Hull called 5ft Edible Smiths. And The Superhereos from Denmark.

Tell me about the most exciting time you've seen a band play live. How does music make you feel?

I went to see My Bloody Valentine with Bo in the early nineties.. I think we were about 13-14 years old. That was something else, I was deeply impressed and it was hugely inspiring. Back then I had felt that music scene was stagnant and this was a real eye opener. I saw the Swirlies play in '94 or '95.. not sure. They were amazing and Damon ended up working with us on pretty much all our releases. Including our first international album which will be out on April 7th. I also have to mention seeing the Lords of Destruction about a year ago at a small gathering in Copenhagen. Even though they only finished three songs it was absolutely staggering and mind blowing.

Have you noticed any differences in appreciation of music, yours or other peoples, in Denmark and the UK?

I have noticed that more people know us now both in the UK and in Denmark. We've never been as big as we are now...

How did your relationship with Alan McGee come about?

It came about when a friend of his played him our album sampler. He phoned us up and wanted to meet us. We had dinner with him and clicked immediately. It is a weird thing as his old label was responsible for so much of the music that inspired us early on... a little bit like sleeping with your mom, as Bo often puts it...

What do you think music can achieve especially in times like these?

Music can accomplish many things; but I think there is too much focus sometimes on music and film and not enough on more important things in life. Especially music can help you discover things about yourself; new emotional contexts and so forth.

What's your favourite thing in the whole wide world?

Right now I'm missing a Danish icecream/sodapop called Champagne Brus. It is not really like champagne but if you can imagine a synthetic attempt to make champagne into an ice-cream... for some reason they don't have it here or anywhere else besides Denmark. But it's hard to say... Paris? going there for a few days and looking forward to that.
No, wait.. I know: my favourite thing is when we play for someone who hasn't heard our music before and just gets it right away, falls in love with it so to speak.