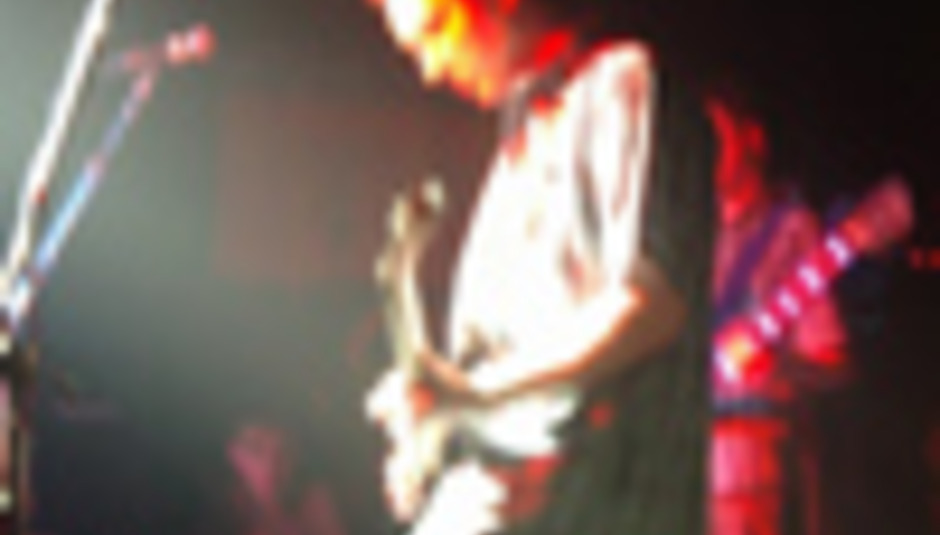 by Rebeckah Pearce January 28th, 2003
Possibly the sweatiest venue this side of Mexico, the Tunbridge Wells Forum is celebrating 10 years of live bands, comedy and vomit. The former public toilet (yes, really) was my stamping ground back in my early teens where I witnessed Feeder take to the stage in orange boiler suits way before Slipknot ever considered the idea. Where I conducted my first interview ever with the sexy Rachel Stamp and also where I drank copious pints of snakebite and black until I was quite merry (read: pissed).

Legend has it that Oasis, Green Day and even Radiohead have graced the cramped stage at The Forum along with many others in their rise to fame and fortune. Travis, Ash, Coldplay and Lost Prophets have played, Kinesis, Reuben, Violent Delight and X is Loaded will be playing and to celebrate 10 years of being pretty much the only decent live venue in Kent, The Forum have put on a special birthday weekend extravaganza…or something like that.

10 years, 10 bands, 10 quid for two night’s live entertainment and the promise of two mystery headline acts prompted me to head on down to The Forum and check out the festivities.

Out of the bands that played over the weekend only a few grabbed my attention and forced me away from the bar. The first of these were local boys, Mr. Drummond, who incorporate funk-rock and groovy tunes with dirty sax undertones. Think the Hendrix Experience meets The Streets, think 70s disco joining hands with ‘Rollercoaster’ era Chilis. Catchy and energetic, bouncy and fun, Mr. Drummond have definite potential that will evolve the more they play live. Anyone who sees these guys perform will find it hard not to shake their booty with a smile on their face. 4/5

Next up were Zucchini, a three piece rock outfit from Hastings who certainly got the crowd going. Using power chords and infectious riffs blended with fantastic vocal melodies; Zucchini certainly have a gargantuan and well deserved stage presence. This band really grab your attention and had every mosher in the house jumping up and down as though their lives depended on it. Zucchini prove that there is always an opening in the industry for some crunching, gritty rock music – watch these guys go far. 5/5

The biggest let down for me this weekend were Fray. After hearing a couple of tracks downloaded from their website, I was looking forward to seeing them live, but alas, they sucked. It was unoriginal nu-metal that had me sighing into my pint glass and reading the sweaty flyers on the wall for want of something to do. Fray overused their vocal echo effect to the point of annihilation and were way too over-confident with no real cause to be. My advice to Fray would be to throw away the Taproot and Linkin Park albums they so obviously adore and try making their own music. 2/5

The most comical band had to be the aptly named Gay Wizards, who obviously do this whole act for a laugh – and good for them. Performing covers such as ‘Teenage Kicks’ by the Undertones and ‘Hate To Say I Told You So’ by the Hives, they raised everyone’s spirits and kept sugar levels high by chucking handfuls of sweets into the hungry crowd. The highlight of the Gay Wizard’s set for me was watching the singer drink water from a washing up liquid bottle. Muchos entertainment. 3/5

The “Mystery Headliners” were so dull I couldn’t be bothered to write about them but I guess I’d better mention them briefly. Friday’s headline act was ska-punk band Lightyear and Saturday’s headliners were metal act, Tribute to Nothing, not really *mystery top name acts* but the other bands on the bill more than made up for it. Aside from this, The Forum has proved that it is still going strong providing a starting block for new bands and a fun, happy atmosphere. Long live The Forum.