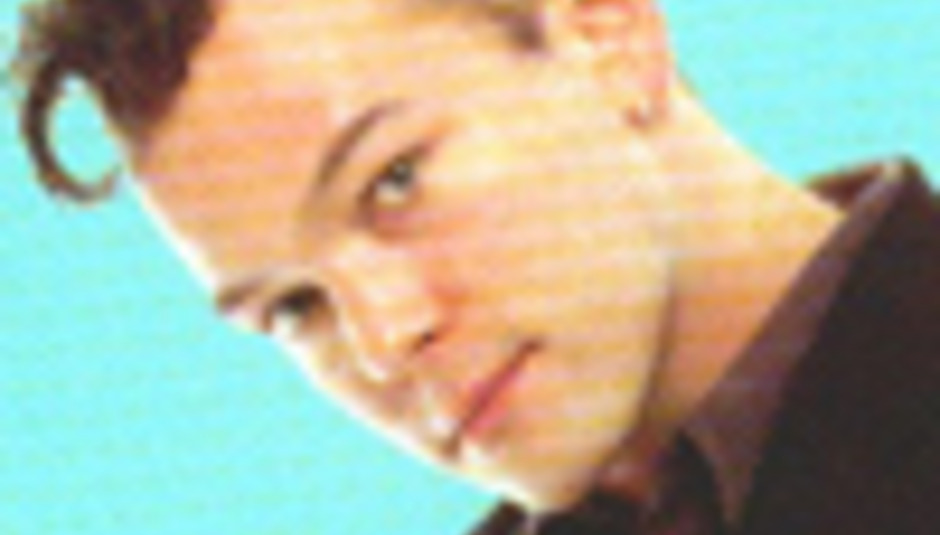 "I don't feel a pressure to be funny offstage or onstage."

"I don't feel a pressure to be funny offstage or onstage."

by Rebeckah Pearce January 19th, 2003
When I rang Stewart Lee to arrange an interview the last thing I expected him to say was: “Sorry my phone has been turned off – I’ve been auditioning singers for Jerry Springer: The Opera.”

Definitely a striking conversation starter and as one of the most popular comedians in the UK I wondered if he was pulling my leg.

So, if you can imagine such a thing as Jerry Springer: The Opera then you are half way to understanding the mind of Stewart Lee, the comedian who already brought us TV and radio’s ‘Lee and Herring’s Fist of Fun’ with comedy partner, Richard Herring.

Stewart is currently directing an opera based on the mental US chat show and it’s opening in the National Theatre in April. He describes it himself as 12 classically trained singers “swearing and fighting each other” and it was written by Richard Thomas who has worked with Lee previously in TV.

“Richard Thomas had an idea to write an opera with loads of modern language and did a show called ‘Tourette’s Diva’. One night, Richard was watching the Jerry Springer Show and said it was a load of fat people shouting at each other without being able to understand what they are saying. And that’s what opera is.”

Jerry Springer fulfils all the criteria for a good opera: sex, violence, mental cruelty and lap dancing with characters such as ‘Chick with a Dick’, ‘Diaperman’, and more, all gracing the stage at the National Theatre.

“I ended up writing a lot of words for it, sorting out the story and then directing it. It started as a fringe thing and grew and grew, which is very strange, as I never had any ambitions to be a theatre director. I directed a lot of comedy stuff like Simon Munnery’s TV series, ‘Attention Scum’ but nothing like this.”

Along with stand-up, writing his first novel ‘The Perfect Fool’ (about a bunch of misfits searching for the Holy Grail) and various work with some of the best comedy stars of our generation, such as Ricky Gervais and Chris Morris, he also periodically arranges benefit gigs.

“I enjoy benefit gigs because it’s nice for the really big acts to play a 500 seater when they are used to larger, unwieldy crowds. And it’s nice for people who are not as well known to play with bigger acts. I definitely prefer stand-up to working in TV now. ”

Lee hasn’t done any TV for four years and happily reaps the benefits of not being “casually recognised”.

“I remember once that I was coming back from a gig in Bath and it was about one in the morning and I was at a service station on the M4 somewhere. I went in the little shop to buy some Diet Coke and fags and I saw these two blokes sort of stooging around and they looked like they were waiting for me, and they were kind of laughing at each other and looking at me. I thought, I really can’t be bothered with this so I stayed in the shop for about twenty minutes reading magazines until they left and then I went out in the car park and they were behind this bush and one jumped out and he went ‘Oh, you’re that comedian aren’t you?’ and I went ‘Yeah’ and he went ‘Oh, you’re shit’. And I just said ‘you’ve waited half an hour for me to come out to tell me that?’ and he said ‘Er, yeah’.”

Would you have preferred to be more or less famous?

“Being quite a marginal figure, I always found it disconcerting to be at a place and people will be talking to you and you never quite knew why. I mean, if you’re Frank Skinner and someone starts talking to you, you can reasonably assume that they have recognised you, whereas I always feel very uneasy because people look at you and think they know you from somewhere. They assume that you’re someone they were at college with or someone’s brother. It’s unsettling, so I would rather be more obscure or hugely well known so you know where you are.”

Stewart relays stories with an openness usually reserved for friends and a subtle humour portraying no bitterness at all. He seems willing to talk about his experiences, good and bad. Perhaps this is cathartic or perhaps he just likes to tell good stories. Take, for instance, his run-in with the suits at the BBC.

‘Attention Scum’, directed by Lee and nominated for a prestigious Golden Rose of Montreux Award, received largely good reviews but the BBC, in their wisdom, cancelled it after the first series. And then they told Lee and Simon Munnery (the main character) that they couldn’t attend the awards ceremony.

“A broadcast company is usually delighted when one of their shows is nominated and they send you out to the awards ceremony but, because they had already told us they hated it and had cancelled it, they were really embarrassed that it had got this award nomination. So they said that we couldn’t go to Montreal and they weren’t going to pay for us to go. Johnny Vegas, who had been in some of the shows, heard about this and said that he would organise a benefit to raise money for me and Simon to fly to Montreal. When the BBC found out about the benefit, they said that we could go.

On the first night in Montreal there was a dinner for all the shows that had been nominated and for each course, a different journalist would come over. So through the meal you would get

The Sun, The Guardian, etc, but we didn’t get that. We just got the Teletext bloke for the whole meal.”

Stewart Lee has worked with some amazing people over the years, been involved in fantastic cult television shows and earned a whole host of devoted fans along the way. But who would he most like to work with in comedy?

“I’d like to work with Johnny Vegas more - he was really great in ‘Attention Scum’. I really enjoyed working with Richard Herring, Kevin Eldon and Simon Munnery, too.”

So, after a long period of being asked to lend a hand in various comedy shows and now moving into theatre, does this signal the end of TV comedy for Stewart?

“I guess. If I do end up doing more comedy, I’ve got to do my own thing because I’ve spent a long time helping other people out on things.”

Stewart occasionally writes for The Sunday Times as a rock critic and, for someone with such a large record collection and devotion to music, it seems like the perfect job. But jobs like that don’t just fall into your hands, especially if your preferred field is comedy. How did this come about?

“I used to write for fanzines when I was about 18 or 19 but then I got into comedy stuff and didn’t really think about it for a while. In 1995 The Sunday Times wanted someone to write something about plagiarism in comedy so I wrote this piece for them. They really liked it and round that time they launched this music section and I got the third string position where you can write about what you want. They’ve offered to move me up a couple of times but I really like just being able to do anything really. I don’t feel a pressure to be knowledgeable about all types of music.”

Who would you say are your current favourites in the music scene?

“Most of my favourites are still going like The Fall, Giant Sand and Calexico. I listen to a lot of jazz, 60s and folk music but I really like Ms. Dynamite, and The Streets.”

What do you think about the current garage rock revival?

“It’s weird for me, because I’m 34 and I got into that garage rock thing the first time it was revived which was in about 1982 and then it happened again with Mudhoney in 1990 and we’re now on the fourth wave of garage rock and the third wave I’ve lived though. I didn’t pay much attention to this revival because I thought this can’t be as good as The Gun Club or The Cramps or all the things I remember from the mid-80s that was copied off the late 60s. Then I saw The White Stripes at Glastonbury and I thought they were brilliant and I thought The Bellrays were really good too.”

What would be your ultimate festival line up (dead or alive)?

“I’ve probably already seen it but I would have to say The Fall, Giant Sand and Derek Bailey, the jazz guitarist. People that surprise me, really. I like Teenage Fanclub but I wouldn’t go see them live again because it’s just like some men standing around and it sounds like the record. What’s good about the White Stripes is you have a feeling of it could go either way and I like that about live performance, the notion that there is some element of randomness to it.”

Random being the operative word when chatting with Stewart Lee, and you can’t get more random than an opera about one of the dumbest and yet most compelling shows on TV.