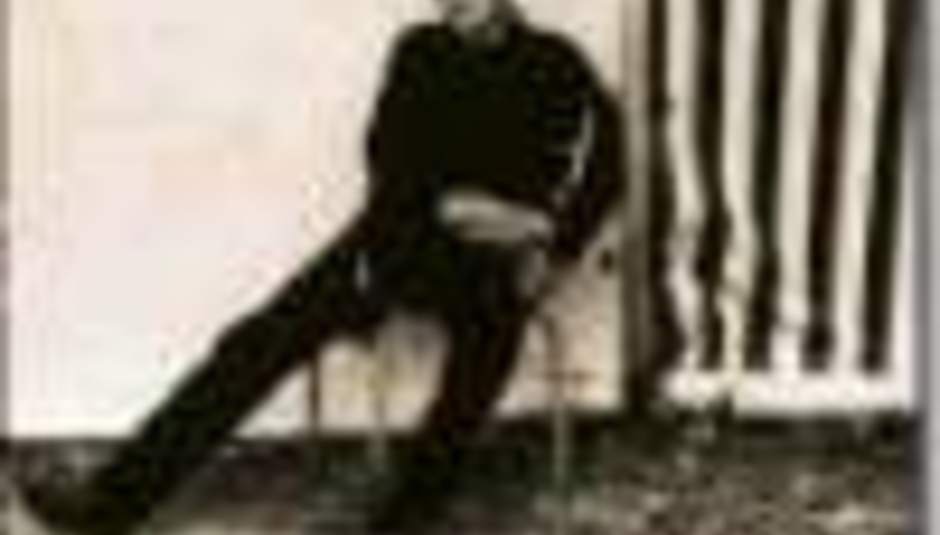 by Mark Reed December 29th, 2002
There are some moments that define our lives. You remember where you were when you found out Kurt Cobain was dead. When Richey Edwards was abducted by the aliens. Where you were when Princess Diana met her finale. And where was I when I found out?

There was a buzz in my trousers. A text on my mobile phone.

I don’t believe it. It’s bullshit. It just doesn’t seem possible. Death is the big taboo. We don’t talk about, don’t think about it. Yeah man, We’re Going To Live Forever.

It’s only when I walk past the flat capped cor-blimey-guvnor seller of the reactionary, right wing Daily Mail (or is it The Evening Standard?) that the truth sinks in. All the news that’s fit to print.

And I know in my heart what that means. But I still hope that really its Johnny Nobody from Sham 69, who stood for nothing, who said nothing, who changed nothing. because the world wouldn’t miss someone if they never made a difference. It’s a different world, a rock’n’roll world, thanks to Joe Strummer. And I’m in love with a rock n roll world.

It doesn’t seem real. He doesn’t feel dead. It’s only a body that’s gone. Not the spirit. Not the ideals. But the world is already a poorer place without him. For his friends. For his family. For all of us.

Because Joe Strummer was the soul of The Clash. The guy who was the bands eyes and ears. Other people were the heart, with its rhythmic beating, or the muscle. But without a soul, an animal is just meat. A powerful animal, impressive yes, but without a conscience, it could never become a higher life form. And The Clash helped rock music change. They helped it evolve.

And Joe Strummer did change the world. The Sex Pistols preached No Future. The Clash told us that not only was there a future, but that we could make it better than the slack career opportunities they drip feed us in the lie that is our stagnant culture. That there was more to life than making tea at the BBC.

Five years ago, Joe Strummer had a vision in a field in Glastonbury. An idea. A way to make a change in a world that had been perverted by capitalism. And now, for every few hundred CD’s sold, many bands plant a tree in a forest to replenish the Earth’s resources. Look at www.futureforests.com. That was Joe’s idea. To try and save the world. Weigh that against your nihilistic adolescent No Future.

Put simply, Joe Strummer was the soul of The Clash. The conscience. The brains. Without The Clash there would be a massive hole in popular culture where millions of our lives would never have changed. Joe never lost sight of his ideals. He refused to reform The Clash for a hefty paycheque and financial security. Why? Because life isn’t a cabaret, and being in The Clash was never about the money or the nostalgia. It was about the spirit.

Goddamit. Only 50. In a time where science can extend our lives far beyond their natural use, where the fucking Queen Mother parasitically fed off us like the vampire she was until she was 101, someone took Joe Strummer away from us too damn soon. He might not have made a great record since 1982 (and the final Clash album, This Is Crap, sorry Cut The Crap, proves my point), but even now, he still had it. The magic. The fire and the spark that makes people great. When I last saw him, six short months ago in a field in Finsbury Park, he burned. Brighter and with more passion than 99% of other artists I’ve seen live.

A month ago, on November 22th 2002, in Liverpool, the last song Joe Strummer sang in public was “White Riot”. And the last words of the song are “Are we going backwards? Or are we going forwards?”

Even with his last words, Joe was always asking questions, always moving forwards. The spirit lives on.