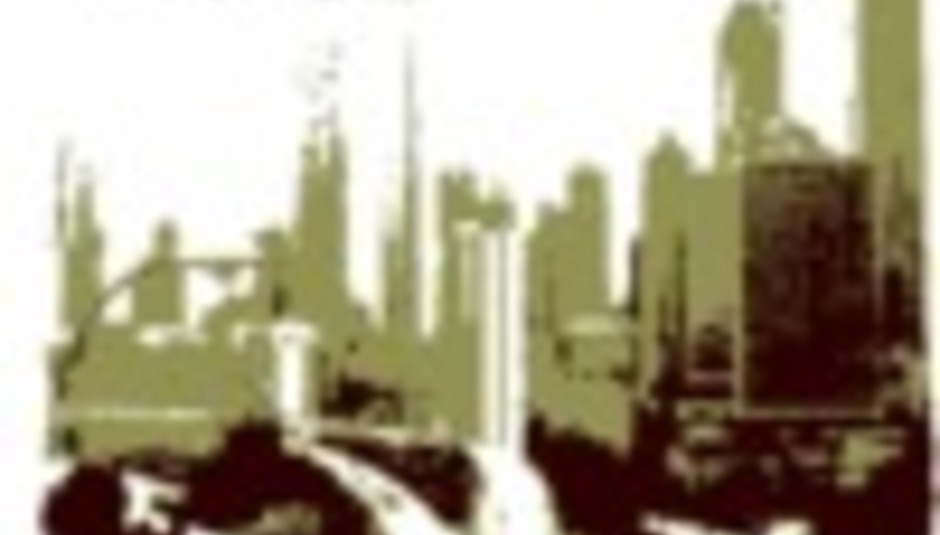 by Raziq Rauf December 4th, 2002
Imagine the sun is shining. But then imagine it’s Manchester. It’s grim up here, though. Isn’t it? Yeah, it gets grimmer and grimmer with the northening latitude. So surely that would mean that you get all the way up to Sunderland and the gloom and depression becomes truly overwhelming. Surely this is the perfect environment for musicians to blossom, given their inescapable inspirations shrouding the atmosphere in the antithesis of decadence. I met with buddies-from-childhood Scott Hays and Dave Nevison on a finer afternoon of the early autumnal wind and rain. They are The Capital Stereo Conspiracy.

Where exactly do you think you fit in to the North East music scene?
Scott: We stick out like a sore thumb in the scene that we came from because it was very punk based. Lots of punk bands were knocking about like Venus in Furs, Mavis and we were in a similar band called Remus. One day we decided to call it quits and do something completely different.

What were the reasons behind this seemingly radical change?
S: We’d been doing this for about three years and it does start to get a little bit boring. We’d taken it as far as we could and just really wanted to see how far we could go in another direction.
Dave: We got into dance music as well
S: I remember one gig where I just looked at Dave and said, “Look, I’m sick of this. Lets just call it quits.” Sure enough soon after that we played the last ever gig with Remus and started The Capital Stereo Conspiracy..
D: We can do different things now, make more noise. We just wanted to make different sounds.

The Capital Stereo Conspiracy: how on earth did you get that name?
D: I bought a record from a charity shop. It was a BBC stereo sampler from the ‘60s. It was a Capitol – the record company – record sampler and it came from that. Capitol was changed to Capital and then Conspiracy just seemed to fit nicely on to the end.
DiS: Everyone’s calling themselves Something Conspiracy or Something Project or Something Theory these days!
D: I know. Might have to get rid of that actually.

With radioplay from Xfm’s John Kennedy and Radio1’s John Peel and Mary-Anne Hobbs the Capital Stereo Conspiracy are growing to be far from underground. Their dark and mangled vision of a litter strewn landscape of flowers and fairies has even found it’s way into the heart of this month’s premiére dance magazine DJMag, receiving yet another formidable accolade from national press. Despite being dead pleased at their inclusion in a magazine that must be good seeing as it’s available from Sainsbury’s, Scott is keen to point out, “We don’t DJ! We’re terrible DJs.”

You’ve been in DJMag for the second time now. If NME decided to put you on their cover next week would you mind terribly?
D: I don’t have a problem with being on the cover but I have problems with the NME and some things they’ve done to some bands like publicise them and then completely fuck them over. If they want to give us exposure then that’s all well and good but you just have to be aware that they could be screwing you over. They’re too cool orientated.

Despite originally being a punk band citing the Velvet Underground as a major influence and now being a studio-based dance band, their songs all have classical orchestral elements held and plaited into the fabric of them. Light hearted, however, is something which the tunes have not emerged as. Reviewed not once, but twice on DiS, their self financed demo has encouraged raptures from their every audience. When quizzed on their more threatening translation of dance music Scott admitted, “We have no idea why it’s ended up like that. We didn’t set out with an aim in mind to make dark dance music. It just ended up being really dark and I don’t quite know how that happened. I remember listening back to the first song we wrote and wondering how the hell we just wrote that! That was a bit weird.”

It has been said that you have a sound similar to that of Nine Inch Nails...
D [clearly unhappy]: That’s just off.
S: I liked NIN when I was 14 but I’m 23 now! A long time ago! I can understand the comparison but I’m not overly happy with it.
D: I’d hope people could see we’re a bit different.
S: I admire Trent because he’s a very talented producer. I think he’s very, very good.
D: I think he’s shite.
S: We’re complete opposite, me and Dave. I like one thing and he likes complete another and it ends up meeting in the middle, which is what we do.

But what would you do if Mr.Reznor invited you out on a hot tour of the world with him?
D: I’d have to think about it … but I probably would
S: We don’t actually have the facilities to play live yet but we are putting systems in place that will allow us to.
D: I need a synth.

Without looking too far ahead, but still considering the attention you are receiving, what are your thoughts of signing to a major label? Would you?
D: Yeah, cos I haven’t even got a synth at the minute! Synths before ethics!
S: If you go in with your eyes open and know the potential pitfalls of being screwed over by them, it’s ok.

Truly alternative music is believed to be the best around, but is synonymous with a struggling life in the alternative music doldrums of death. What are your expectations so far as selling records goes?
D: I’d still love to sell millions of records. I think that would be great because millions of people would love my record. It’s what it’s all about: you want people to hear it. I am surprised that people like it. I didn’t think that anyone would. I’m not going to compromise for the sake of it, but if people loved it, that’s fantastic.

What we can be expecting next from the Sunderland duo is anyone’s guess but theirs it seems. The only plans are to release a real record that Scott does not have to CD-R every time someone wants a copy, complete their Xfm session for John Kennedy and to finally get a website on the go. The potential for the coming months is fully dependent on The Capital Stereo Conspiracy and that is the way it should be.