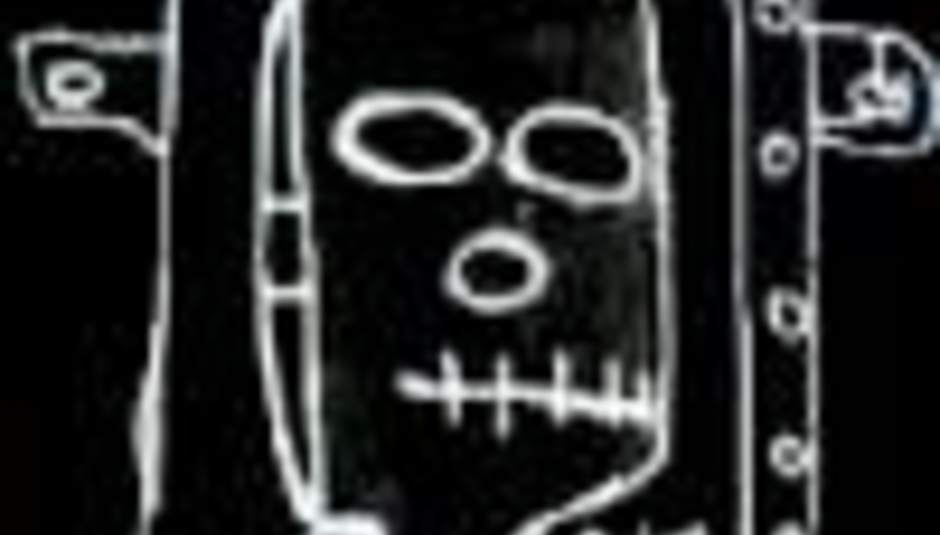 by Art rocker November 26th, 2002
"Dear Artrocker, you are Rock and Roll Gods, without you the world would be a sadder and more whingey-arse-indie-sad dump. But, why don't you ever go on about our home grown heroes The Libertines and Ikara Colt?" Thankyou for your enquiry Jane of Doncaster, I will endeavour to explain. How many ways are The Libertines dodgy? Shall I count the ways? It's high speed Brit-Pop isn't it? There's something not right in the state of Libert, something doesn't gel. Why do I get the impression that they're more interested in living the dissolute rock star cliche than actually making some quality music. And I have a similar feeling about Ikara Colt, there's a great big piece of old fashioned "Indie" sticking right through them that manifests itself as arrogant boorishness and aloof snarlieness. I did a gig with them once and I don't recall a word being exchanged, not even among themselves. I do remember though, watching their whole set from the side of the stage and just getting off on the drummer, who was fantastic. But it doesn't say much for a band when the drummers the main point of interest. (PAUL BUTTS IN HERE TO SAY "I wrote an exceedingly favourable live Libertines review for Artrocker months ago and while these guys are the last in London I'd have a drink with, they truly were a bright anglo r'n'r spark in Muswell hillbilly-land, and as for the Colt....being a MBV true believer, their fiery white noise actually does it for me, their fiery bullshit attitude and fisticuffs do not. It's the grim attitude that smells, how about 'community, baby'.")

I wrote the above before heading over to The Artrocker Club last night. And then the funniest thing happened, The Blood Group turned up and their drum cases bore the epithet 'Ikara Colt' and the drummer, Tom, was a ringer for the Colt drummer, even down to his wild style. The Blood Group were bloody great, Alex is a committed front man who gives his all. Ah, I thought, the drummer's found a band worthy of his talents. But then it turned out that it wasn't him at all. Weird. So, I've called you all together today to briefly go over the facts: 1. It said Ikara Colt on his cases. 2. He looked like him, even down to the 'fro. 3. He played in a way that made you want to watch him. Conclusion: It wasn't him. I'm feeling a bit confused and have need of a cup of very sweet tea with brandy in it.

OK, better now. Here are a couple of live albums we may have missed. That Pistols "bootie" of the last gig: "Ever get the feeling you've been had?" Lydon berating the audience for being "Cowboy faggotts" is hilarious. And what about Talking Heads "Stop Making Sense". And for lethal live reggae forget The Wailers and find yourselves a copy of Island Zorro by Peter Tosh. This guy did not fuck about "If you want to live, treat me good", he was a hard man riddled with anger, an anger that permeates this gig recording like cancer. It's actually a bit scary. Marley's music has a bit too saccharine for me, it makes my teeth hurt. So I'll swap you all my Marley albums for one good bootie of Peter Tosh. No disrespect to Bob but I prefer Tosh's Rock and Roll Reggae to Marley's Pop. It's so Edgy. By the way, any of the rockin' joints near you feature a reggae DJ? In the days of punk, reggae was a regular feature of the scene, the most obvious example being Don Letts at the Roxy. I mentioned this to Delia last night and she said that she had a bit of a problem with reggae because the bass hurts her ears. Funny how one man's sumptuous depth is another womans irritation. How different might it have been had Delia been able to cope with the boomy bottom, we shall never know the truth but I have a funny feeling that it's reggae's loss.

We promised a "New Blues" special this week but I'm afraid that we've been a bit too busy seeing the bands to do the research. You can't just rush into manufacturing a whole new scene you know, we took ages inventing New Rock and Roll, but the effort seems to be paying off. A certain Mr. Wells of the NeverMoreExcrable accused us, 18 months ago, of making up a scene that didn't exist. Of course, we didn't create it, I was pulling your leg Artrockers, we just gave it room to grow. Nice to see Mr. Wells at our Gluecifer gig the other week. I wonder who the other people crammed into the Metro were? They must have lucked out because apparently there is no scene. E-mailing is a dangerous thing, it's just too easy to hit 'reply' and rant. Here's a little rule: If you read something that winds you up take a deep breath, count to ten read a book and then go out. Hasty e-mailing may come back to haunt you. We have a rogues gallery of dumb e-mails from people who really should know better. Should we publish them Artrockers?

A loud and well overdue shout goes out to Jim Benner. His Garage and psychedelia show on Xfm was the dogs. Unfortunately Jim's show was a casualty of Crapital Radio's take over. Come back Mr. Benner, we need you more than ever.

We'll be back at The Buffalo Bar the week after, Tuesday the 3rd, for Sludgefeast and the much tipped Hells. And while we're on the subject you'd better cancel your New Years plans because we'll be doing a bit of a special one at the Buffalo Bar with The Hotwires and another guest band. But it's tickets only for this one, no free entry, a fiver won't kill you though will it? Get your tickets at the club or by sending a cheque made out to "ARTROCKER" for £5 along with an S.A.E. We've only got 100 tickets so get weaving. Finally, one of you, can't remember who but I'm sure they'll remind me, suggested we ask your opinion of the best rock and roll films. An excellent idea. As usual I'll start it off with a couple of suggestions both of which take the piss, and we like that! "Beyond the Valley of the Dolls", Russ Meyer's kitsch classic, worth the whole film just for the immortal line: "This is my happening and it freaks me out!" The other has to be ”Spinal Tap” of course. It just gets funnier. That's it for now. Of course I'd make more sense if I wasn't so heavily sedated.

To check out more of this artrocker malarkey go to www.artrocker.com or get yourselves along to their nights at the Buffalo Bar/Metro, London.