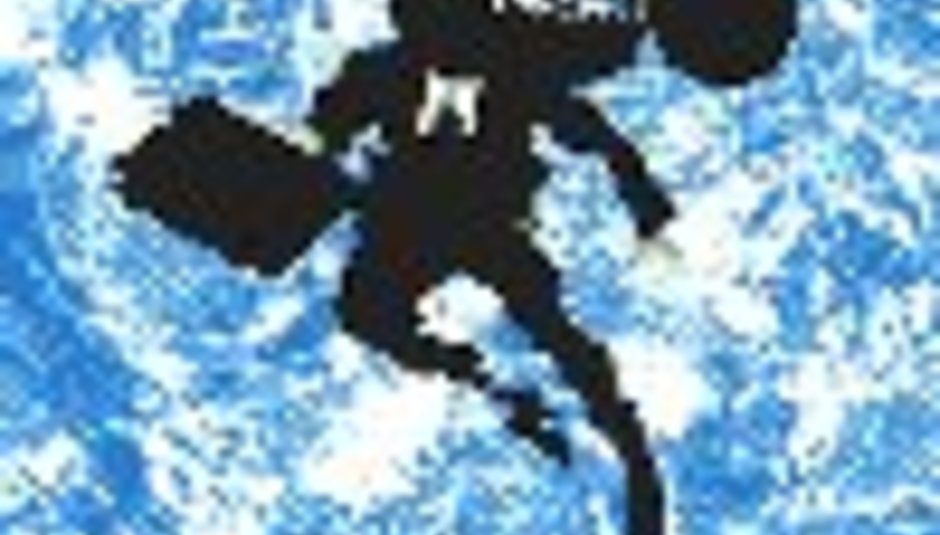 The Soundtracks of our Lives (pt.2)

The Soundtracks of our Lives (pt.2)

by Mr Ben November 17th, 2002
Last week we brought you some of our personal memories of music: ways in which our lives were shaped by music, or occasions on which a gig, band or album made us turn round and change the way we thought.

Here are some more of those memories.

Mr Ben:
As a teenager, I thought too much. I also cared too much, about most things. I fitted into that category of not-clinically-depressed-but-pretty-morose-anyway kids who didn't really have an emotional outlet in the world, and poured their soul into music instead. Or something like that. I can probably remember every major emotional event in my life in terms of the music I was listening to at the time, and most of the time that music was the very motivator for extreme emotional reactions. I remember collapsing on my bed in tears whilst listening to Silver Sun's cover of 'Too Much, Too Little, Too Late' and I remember actually trashing my room after I put on The Beekeepers' 'Third Party, Fear And Theft' album and it all got a bit much. The turning point must have come when I was about 17, and starting to enjoy life a bit more. At the beginning of summer, 1999, I bought Clam Abuse's Stop Thinking album, turned it up loud and immediately had the biggest grin on my face. From the clanking beats of their cover of 'I Think I Love You' to the tacky Europop cheese-fest, 'Message To Geri' to the emotionally catching but still vibrant anthem, 'There's Always Somebody More Fucked Up Than You', the album just took a big slab of fun and threw it in my face. It provoked the desire to dance, to run, to be stupid, to hug all my friends. In short, it was the soundtrack of a life that wasn't mine. I'm sure it can't all be put down to that one moment and that one album, but nowadays I am far more interested in the way music can motivate me to get out and do things than in the way it reflects or affects personal tragedy. It could just be that my life is much better now, but the music does seem to have a lot to do with it. Andrew WK, AntiProduct, Ramones, all the bands I cherish most today are those who give me the most exciting feeling and motivate me to go out and have fun. Most importantly of all, of course, there is The Wildhearts, the most motivating band of all because in their consistent commitment to rock'n'roll they've constantly rescued me from boredom. Last April, stuck in a rut, bored of University and essay crises, bored of being lonely and away from my friends, I made the trek to Cambridge to see The Wildhearts. I spent the journey worrying about my life, and spent the journey back wanting to celebrate my life. Their music is just so uplifting, so melodic and most of all, so LOUD. That gig made me realise how bored I'd been, both musically and socially, but most of all it made me realise that it was nobody's fault but my own. You may have to travel across the country to get it, but if you want it enough, there is always a place where life is interesting.

Kate Dornan:
For me, pop music began in a renegade taxi careering through Wythenshawe in 1994. Not coolly or dangerously, with a racket of guitars or the first stutterings of a new scene somewhere underground, but with the Human League's then ubiquitous 'Tell Me When'. The grim and gritty setting was otherwise all there: we'd been rehearsing all day at the Forum for a run of Willy Russell's almost too self-righteous play about hopeless Northern youth, 'Our Day Out', and were now locked into said vehicle watching as less savvy drivers simply had their doors opened and briefcases swiftly removed when they stopped at the lights. But this was something else, something with little aural sparklers embedded in it. Naturally, it wasn't the first time I'd heard anything popular - there were school discos, and later experience would reconstruct those first experiments with the car radio as earlyish James singles and others of the same ilk - but it was the first time I'd really listened. That was the year I retuned my stereo from 92 to 98.5FM. True, most of the Mancunian explosions in music passed me by: too young for Factory, too untrendy for Take That, dodging the Blur/Oasis dilemma in favour of consuming Pulp's entire back catalogue. But there was something in that Wythenshawe, Rusholme, City Centre air nonetheless that stuck. There was a sense that you were fucking with reality without denying it. Though of course, lacking spending power, we mostly listened to any old crap in those days. Most of the good stuff would come later...

Holly Davies:
I'd had some vague ideas about wanting to write something for this and then Miss Black America split up and that, in an intense and hideously unvague manner, has become the obvious thing to try and put into words. I'm still not quite sure how to begin think about it - I've used the phrase 'gutted' before, but I never experienced that precise knife-in-gut feeling quite so strongly. There was a time MBA were the only thing that seemed reliable enough for me to dare to allow myself to believe in, they were so real and believed in themselves so desperately and fitted so exactly into a large lacking-of-substance-and-direction hole in my life at a time when I was mostly sitting and crying and not leaving the house much. MBA gave me some sort of context for things, said exactly what I was needing to hear and hadn't heard, provided flashes of perfection and meaning in a world very lacking in those qualities. And they were going to explode... and they were going to explode... and they were going to explode... and then the slow realisation that they'd been 'going to explode' for about a year... and then that was it. There wasn't even a big finale, just that one e-mail out of the blue. And now I'm trying to work out how to realise that something I leant on and needed desperately for so long isn't there any more. Just Like That. And I feel cheated by some deep order of things, which should have made things DIFFERENT, dammit! This wasn't how it was meant to go! It shouldn't have happened this way, there were dreams and plans here and they shouldn't have broken like this, shouldn't have unwound all over the people who were living on them. And now all there is to do is just carry on, as if it didn't matter that the best band I ever saw or knew has just dissolved, as if I didn't want to just hide in a corner somewhere till I could actually cry properly about losing this. But still... I will write this, and then I will go to work, and no doubt be told a thousand times to "cheer up - it might never happen." Well, it just did. And the world feels so much poorer.

Sean Adams: There was a time when all i listened to was Blur or Oasis. And then Radiohead came along. I got some cd vouchers for xmas and went to get 'Pablo Honey' and 'The Bends'. I listened to them, and I really tried to work out what on earth the fuss was about - I found most of it about as boring as eating cork, or Coldplay. So I decided to tape the couple of songs I liked and return them. And return them I did. But they had to be replaced by something else, something that was really going to captivate my imagination and take me through whatever exams I was pretending to revise for.
I loved 'She Said' ("I put on clothes to make me look like something else, instead... cus i'm satisfied with myself" - which most spotty teens can relate to perfectly!) on one of those Shine Compilations(remember them?) and so 'The Sun is Often Out' by the Longpigs it was to be.
I still remember sitting on the bus all curious about what the rest of it was going to be like, whether I should have gone for something less risky. Three plays led in the bed and slightly bewildered by the lyrics later, something about it had happened that I remember to this day. I was in the presence of music that I hadn't read all about. Music that I hadn't seen on MTV or heard in the Top 40 charts that I religously taped on a Sunday in case something good came on. I'd discovered genius that to this day I'm still figuring out what certain lines might be about. Lines which rumbled in my head in exam rooms making all new kinds of sense.
The Longpigs did put out a second, equally amazing album, 'Mobile Home', but I never got to see them live or interview them. However, the magic still sparks those warm feelings in my memory every time I play them - usually on rainy Sundays.
The only records since to fuel my lyric additions - my imagination's need for fondling on a regular basis in a quest for knowledge and enlightenment - have been iDLEWiLD (who followed shortly after the above purchase and several sweaty junkets followed), Muse, Tom Waits and, more recently, Elliot Smith. There are more to some degrees, like I went back and found Dylan and started to hear RATM in a whole new light. It's what make At the Drive-In special to me. It's why Turin Brakes make me smile. It's why Drowned in Sound began...

Hopefully you've enjoyed our self-indulgent nostalgia trips... It seems to me that there are certain universal truths about music which make the band names and genres somewhat arbitrary. Whether it's Miss Black America, Henry Rollins, the Longpigs, music is a very personal thing that sometimes feels like the only cure to whatever shit's going on in our lives. Sometimes, of course, it's the cause of much of the shit. But whatever it does, this collection of personal accounts has certainly highlighted one thing: music is important, not as a money-making entity, not as a fashion accessory, but as something very personal that most of us couldn't live without.