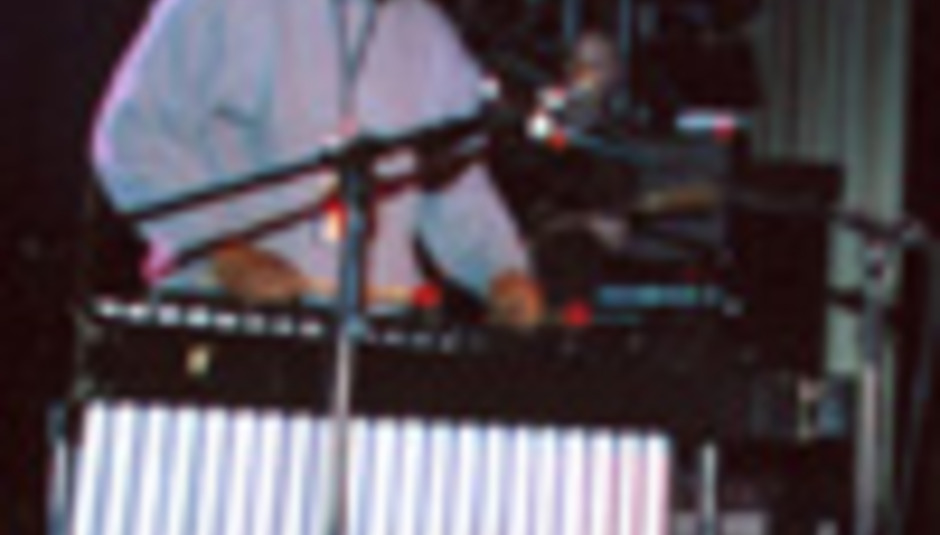 DiS: So, tell me about the new album. I thought it was originally going to be an EP…
Jeff Parker: We wanted to do something more conceptual in nature, like we had an idea to do a bunch of improvised pieces, but we had a lot of unfinished material that seemed to point more to an extended full-length release. We would have been really putting ourselves out to do an EP, so we went for an album.

That improvisation concept is going to be included in the album, but also some other stuff as well. Some of it has been recorded already, though it's a way off finished. And it sounds good; yeah, I like it.

DiS: Wasn't it originally due out in the autumn?
Jeff: I think it was originally, but [laughs] no way! It's not even all recorded.

DiS: Improv, eh? How does that work?
Jeff: It's just we kind of start with a short theme and play it out until it's done.

DiS: Jamming?
Jeff: Yeah, sort of… I always hate to use that description, but yes, kind of.
[Oops. DiS forgot Jeff Parker has too fine a musical sensibility to own up to as crass a notion as 'jamming'.]

DiS: So is this new album part of a linear trajectory in Tortoise's development, or does it make a side-step out of the shorter, punchier songs on Standards?
Jeff: We tend to try to do something different every time and even though in a way a lot of the process we use to come up with music is somewhat improvisatory in nature, we've never actually improvised as a group. I'm more of an improvising musician probably than anyone else in the band, but in the context of Tortoise we had never really explored that way of expressing ourselves.

So in the same way that Standards was us trying to play more shorter material to make everything more concise, this is also a different trajectory or extension, because we are trying to do something that collectively we have never done before.

In the same way, those guys [the rest of the band] played in a lot of loud rock bands (which is not my background) and collectively we had never explored that territory, so we wanted to do something more that way for Standards.

DiS: A lot has been made of the fact that the departure the band took with Standards meant you learning to live with musical mistakes for the first time. How does that experience feed into your new material?
Jeff: Some of the ideas will be incorporated in the new album. It has some longer pieces on it, though. It's not too funky, has a more spacey feel. We have to keep trying new things.

Dis: Deliberately?
Jeff: Yes, deliberately, for sure. A lot of times with Tortoise it seems like us fighting our way off of the ropes. We'll kind of back ourselves into a corner and then, like, we gotta figure a way to get out.

DiS: And what about the scene that influences Tortoise? How hooked are you into Chicago as a musical town?
Jeff: The thing about Chicago is that there are so many different kinds of music, from esoteric, free-improvised new music all the way to RnB and gospel. It's a really broad spectrum from classical to hardcore bands, you know. They're all there.

And it's really good. I mean it's not like your run of the mill stuff and I think it's the nature of… I don't know what it is about the city, but for some reason everything is very idiosyncratic, its kind of left-field, weird, something about where Chicago is physically located in the middle of the United States. On the east coast they have their thing and on the west they have theirs and Chicago is kind of neither, but it's very supportive of independent artists. It's all very diverse.

The mid-west is very working class, with the meat-packing and grain industries. And you know, we like to work. But it's something you know, I mean, just with the lay of the land. All those hard winters, and you just gotta work… what else are you going to do?

DiS: And these are the influences that feed through into Tortoise's sound…
Jeff: Yes, but none of it is a deliberate thing. Nothing about our influences is deliberate... We just try to make stuff we think sounds good.

DiS: Not the Krautrock influence? Not the funky 70s soundtrack sound?
Jeff: John McEntire and Johnny Herndon are more into that Kraut stuff than anybody else in the band. As for the film soundtrack stuff [laughing, because I've told him he'll make my ex a happy man if he owns up to it], yeah sure! The funk film-score stuff comes out, so I guess it must go in somewhere along the way.

Dis: And do, er, do you actually listen to pop music?
Jeff: Yeah, and pop, too… Yeah, I think Tortoise is totally, I mean we have pop sensibilities, I think. We're all children of that era, am radio and so on.

DiS: And current influences?
Jeff: For me personally there's always Fred Anderson, an awesome 75-year old saxophone player. He's one of my mentors.

DiS: So 2001 must have been the busiest year in the band's history what with promoting the album, curating All Tomorrow's Parties and so on. What's 2002 about; what's the future got in store for you?
Jeff: 2002 is about trying to crank out this next record.

Dis: And 'crank' is a good word?
Jeff: [laughs] Yeah, it is… just trying to finish it you know; it's going really well.

Just because of circumstances there won't be any more big tours. I mean, people have gone through changes: I have a family now and John has his studio and that's his business. I mean, we kind of want to break the mould of putting out a record and then touring it for months. We're trying to find different ways to work. I mean, we might come to a city and play every day for like a week. Like we might come to London and do five shows in a small place or places, then go back home and then go to LA and do the same thing. No more headline tours. That's history!