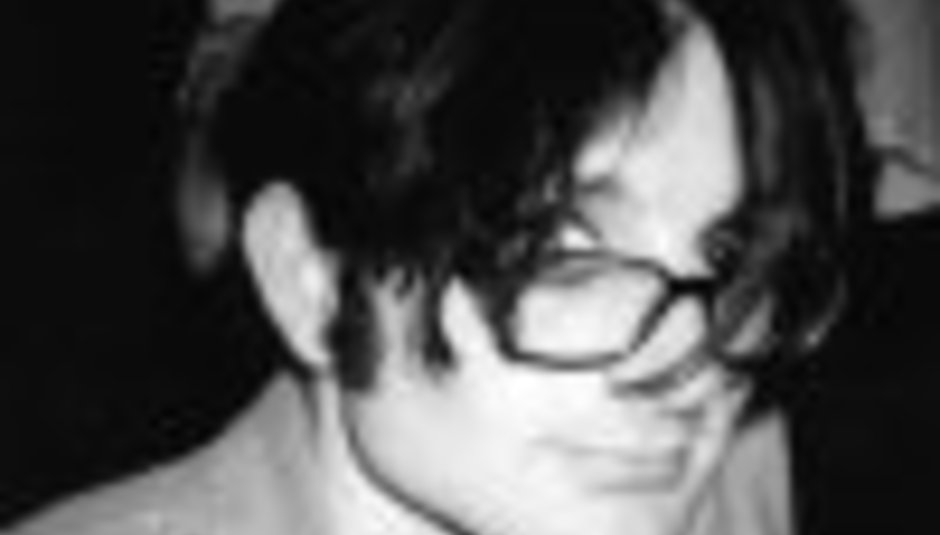 by Sean Adams September 19th, 2002
So, this bunch of punkrags Miss Black America, with their ranty frontman, personal politicks, travis slanderneering, endless touring (including one last October for Drowned in Sound), endless dis pet-band-ness, being a recent NME 'discovery' and all that.. You must know who they are by now. Check their profile down the side of the page if not.

Well, anyhoo, their debut long player (thats what albums were called in the olden days!) is out this week, called 'God Bless Miss Black America'. And yes, its damn good, fresh, exhilirating and it doesn't break many musical boundaries (apart from some of the noises Gish can make) but who cares? This is about an important and exciting band, trying to say something within the current musical confines. Its all been done before anyway. Accept it. Nothing can change (hehehe). This band are about changing things, about the way people think, feel, act, talk, respect and believe. This band are important (so important I said it twice). They're part of a big dissatisfied scene that is around at the moment (see also: Kinesis, TCTC, International Noise Conspiracy, The Streets, 77 Punk Revival...) that the masses don't know is happening. A scene where passion, intregrity, love of music and hate of the way the world doesn't work. Call it D-Generation, call it whatever... You're reading this and hopefully buying the under-exposed, special, timeless records and from now on will know a bit more about Miss Black America, you're part of THIS, not the problems, you're safe, or are you....

Having known and already interviewed Mr.Seymour Glass, frontranter of Miss Black America I thought it only right to send him 5 important questions for all the haterz and not-yet-believers in the time where selling their record means they can eat and cover petrol costs to get out there and rock infront of you and anyone who will listen. Here's what was said...

1. You're put in a room with Margaret Thatcher, tied up Silence of the Lambs style; what would you ask Madge?

Loads of stuff. I've always wondered, does someone that evil have the capacity for humanitarian thought? Are they really that evil, through and through? I'd happily sit down for dinner with Hitler, just to find out what made him tick. We need to understand why these people are the way they are. I think Thatcher's as evil as Hitler; she just wasn't in a position to destroy lives in the same brutal fashion. But you know if she could've, she'd have packed the working classes off to death camps. Instead, she crushed their will and sentenced them to a longer, slower, but still agonising death. So I'd talk to her and find out why. And then I'd nailgun her face to a dartboard.

2. What 5 inspiring things should everybody try to do/read/see before the apocalypse?

Everyone should go to Glastonbury and fall in love, see 'Fight Club', listen to 'Here With You' by Tex La Homa and buy an ice cream from the parlour opposite Chalk Farm station.

3. List 10 bands the world should listen to (cus they're too fucked on pop idol to realise!)...

4. Why do Miss Black America exist?

We'd run out of excuses to stay in and wash our hair.

5. And finally, if you got to take over the world like George Bush, what would be your five first changes?

My underwear. Neil's socks. And then everything else. The thing is, I think we are headed for a revolution, but it won't happen overnight. Things will change because they have to. You can only go around shitting on everyone and everything for so long before something gives. It'll probably take years and years, and some kind of major catastrophe... The notion that revolution can be achieved by standing on a street corner shouting "Fuck you I won't do what you tell me" at a Policeman is laughable. Real revolution comes with evolution. I like to think that as a race we still have the capacity to grow the fuck up.

All is not lost. The battle begins here. Play your part, have fun, but think, think and think some more.