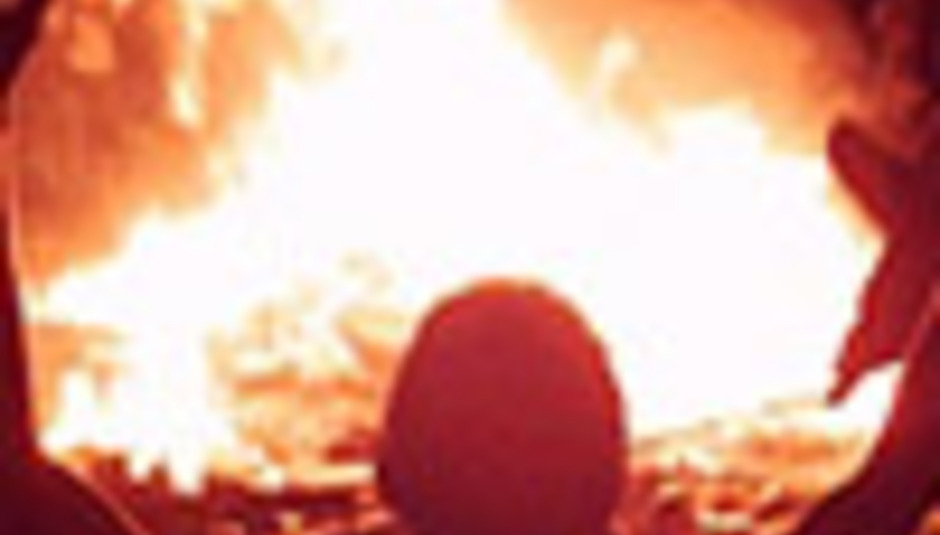 by Adam Anonymous September 16th, 2002
The real story never quite got out. Masked by furore over flimsy allegations of police brutality and a joke-like statement from Mean Fiddler dismissing the well-reported riots as extraordinarily “good natured”, is anyone truly grasping the point of all this?

As the Leeds leg of the Carling Weekend degenerated into retard toilet burning action (like, ace) and a pack of kids hamming it up like their ‘rioting’ actually meant something, the remaining sane festival goers and surrounding local residents were left to wonder “what’s the point?”

Does nobody actually care why this all happened, or even stop to think that surely random rampage without a cause is, contrary to Mean Fiddler’s lobotomised assumptions, far more worrying than a riot with a point to prove?

More importantly, should Leeds ever go ahead again? The question isn’t really whether it will – there’s too much money and business bullshit for the local council to ever kick MF into touch – but what exactly has it done to deserve a licence for 2003?

The main problem with Leeds? Um, well it’s, like, in Leeds. And before complaints from Northerners the world over start, it’s not really to do with the people – although you have to question why there’s regularly trouble at Leeds compared to the relative tranquillity of its sister site at Reading. No, the difficulties start from the minute you consider the venue, Temple Newsam Park, itself.

All the necessary locations are, ingeniously, situated with minimum thought and maximum distance in between. Want to get from car to campsite? Or tent to bands? Pack some supplies and get your hiking boots on then. Not to mention the obligatory three-hour traffic queue to get into the site in the first place.

Stewards? Nah, we don’t want any of them. Instead, let’s employ dozens of subordinate fucks post-full frontal brain treatment, dribbling how you can’t leave the site or even walk along particular paths because “our bosses told us”.

Once at the arena of course – cattle-style entrance providing – you’ll need to part with £6 for a ‘programme’ (read: inane press releases about the bands) and running time laminate, just for the privilege of knowing when the Jesus and bloody Mary any given group are playing.

And after all, you could have bought two beers inside the arena for that six quid. It can only be Carling of course; couldn’t be doing with competition with the weekend’s sponsors now could we? Or with anyone bringing their own beer into the arena – no that’d be far too risky.

Mean Fiddler are the big bosses behind Leeds and Reading, for anyone who hadn’t yet gathered. Promoters they call themselves. As someone previously involved in such undertakings, albeit on a slightly smaller scale, knowledge dictates that promoting gigs, events and festivals normally includes good organisation. On this evidence, our friends at MF (such ironic initials, don’t cha think?) would be pissing themselves at the thought of arranging a girl guides meeting, even if their festival licences didn’t depend on it.

Ah, yes – the festival licence. Leeds only got its licence for 2002 after an appeal to the local council, following similarly lovely scenes at last year’s event, y’know.

Any forward thinking local resident would, quite understandably, be apprehensive at the thought of a screaming great rock festival at the bottom of their gardens, with or without previous incidents – after all, we can go home after the weekend while they’re left with 90,000 people’s rubbish and whatever other damage gets wreaked.

But after seeing the sheer volume of litter, random disruption and too-cool-to-be-polite rockers, why would anyone within a ten-mile radius of Temple Newsam Park ever want the festival back again?

Have we missed anything? Ooooh yeah – those tiny ickle riots after Sunday night’s festivities. Whatever the ins and outs of why they started (and all the signs point to piss poor organisation and sky high prices for everything), the point is this: you’ve paid £90, in many cases of Daddy’s money, to come to a corporate-backed festival whose most dangerous risk-taking in line-up choices was to put on the will-they-turn-up come-back kids Guns N Roses. So sending a few toilets up in flames is hardly gonna turn you into Che Guevara now is it?

But blinded by the idea that somehow they’re threatening the very fabric of society, said rebels continue to act like consummate tits and royally screw up the weekend for the remaining people present. Yeah those people – the ones with brains and intelligence and more than two GCSEs and everything.

There is no conclusion to all this; early indications suggest that Leeds 2003 can already be scribbled into calendars with indelible marker. You can’t stop it happening seemingly, but there is a choice – if you must go, spend an extra day’s pay on the trip down to Reading and save yourself a tent-load of hassle. Better still, forget Mean Fiddler altogether and spend the cash on seeing half a dozen of next year’s bill when they undoubtedly book coinciding tours. Then blow the rest on getting plastered.