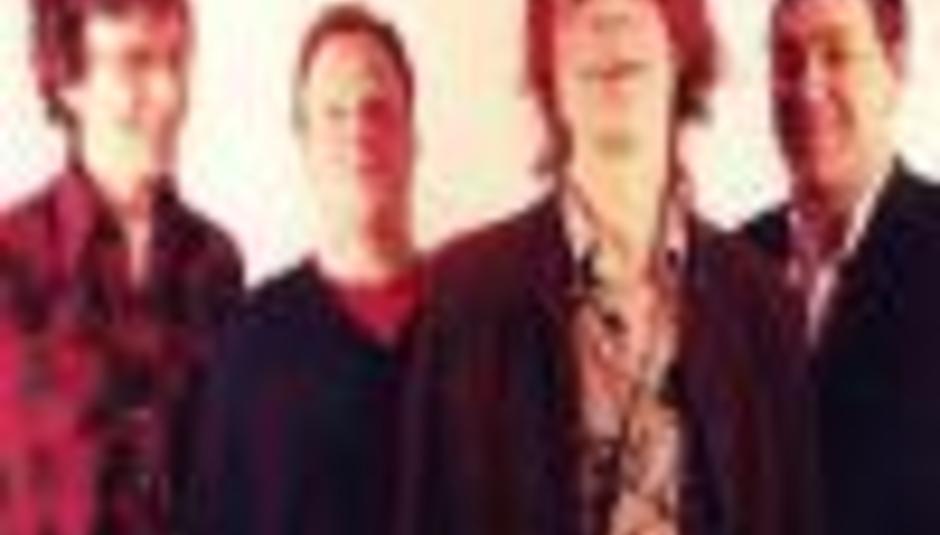 by peterwhite September 5th, 2002
'Baby Can You Dig the Light', the opening track off 'Since We’ve Become Translucent', is over 8 minutes long. Mark Arm, frontman of those responsible, says it’s inspired by a 12 part BBC series about the journey of man. One is not sure to take him at his word, such is his demeanor. DiS hopes he’s not entirely serious. On a muggy Sunday afternoon Mr. Arm and his guitar slinging compadre Steve Turner are sitting in South London complying with the usual press games that go along with a new album. In short, the record’s less in your face than previous attempts. Gone are the days of Superfuzz Bigmuff’s seemingly narcissistic charm, replaced with, god forbid, a more mature squeal. Most surprisingly there are horns everywhere. It’s still got the Iggy Pop meets Jim Morrison punk rock lounge act sweetness, so don’t worry.

Turner is the voice of Mudhoney. The man to make sense of the madness. Arm on the other hand is its charm, its punk rock cool, a bubble coated enigma ready to unwrap only once pretensions are lifted. They’re as friendly as one would hope and far more willing to talk openly than one would imagine. They’re not out to change the world, rather entertain it with brutally honest rock n roll. Then there’s the matter that their brand of Stooges smoking, garage grunge is once again the talk of the Rolling Stone reading, hip slinging crowd. ‘It’s trendy again? That’s great. I mean there’s some cool bands out there,’ muses Turner, ‘I like the Hives and the White Stripes. They write good songs, but the problem is that most of it does suck.’ It may, but then you’d be worried if Mudhoney suddenly became chic again wouldn’t you?

A few years ago, founding member and band loon, Matt Lukin left. Most thought it was the end of Mudhoney. It wasn’t. ‘Breaking up seemed like such a waste of time. We knew Guy (newest bass slapping member) and it just felt right.’ The question of changing the name came up as expected. But as with all things Mudhoney it wasn’t a big deal. ‘We let it sit for a year or so but the whole idea of coming up with a new band name just felt wrong. It was too similar. And the Butthole Surfers was already taken.’ Nonchalance it’s not but nothing seems to really bother them. The Internet? ‘It’s just like the radio to me. It serves a purpose.’ Touring? ‘Dan’s got a kid now so we can’t do it for long. Well not until she’s old to sell merch. Give it a couple of years.’ Garth Brooks? ‘He’s an ass. But the tour’s set for the fall.’

As with the early records, Sub Pop are releasing ‘Since We’ve Become Translucent’. Not a surprise maybe, but what with the label experimenting and all is the relationship still fruitful? ‘ We’ve never had a problem with them. They’ve always just been trying to sustain themselves. They’ve always been branching out, fair enough they got a bit sidetracked after Nirvana, looking for the next big thing. But now they’re starting to put out a lot of great records again and even the records I don’t care for, aren’t too shitty.’ It looks as though there might be a few more new records on the horizon too. ‘We’ll probably put out a bunch more records, like a cool hobby. We’ve never made enough money from rock n roll to keep mortgage payments or anything but it’s still fun.’

Even in 2002 Mudhoney can't help but make a great record. And that's all that is important.