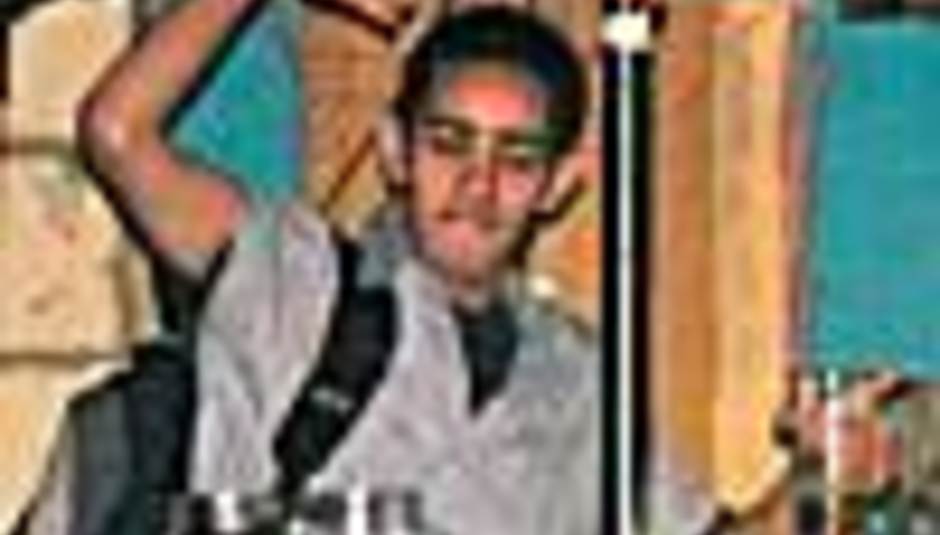 After the rockfest which was Jetplane Landing warming up for Reading, Drownedinsound.com would like to inform you of its next London gig. We do these shows every other weds or thereabouts and the next one has...

The bands: The Dopamine Theory, Mercury Tilt Switch, The Young Knives
The date: Wed 4 Sep
The location: The Windmill, Blenheim Gardens, off Brixton Hill website
The cost: 3 Earth Pounds and no bloody guestlist
The time: 8pm till whenever

THE DOPAMINE THEORY
"Started deep in the Urban Jungle that is known as Harrow, London. Legend has it late one night that a strange and mystical old magician was wandering alone through Iceland car park when she suddenly suffered a massive heart attack killing her instantly." And so on and so forth.. The Dopamine Theory came to our attention via their rather fine demo. They've also played round London in such venues as The Verge, Upstairs at the Garage, The Half Moon, Tatty Bogles, The Red Eye, The Mean Fiddler (Harlesden), Moriatys, The Bull and Gate, Club Fandango @ Dublin Castle...
Contact: garydaines@hotmail.com
ONSTAGE: 10.15pm

MERCURY TILT SWITCH
Releasing their debut album on 1970 Recordings (we've had it for ages now and it's really bloody good). Throwing themselves around the stage, ATD-I style, this is only their second London gig so get there chop chop. They are from Dundee but don't let that put you off, ho ho (actually, their singer is Irish. Whatever).
Read a live review by Peter HERE
Contact: petpiranha_records@hotmail.com
ONSTAGE: 9.30pm

THE YOUNG KNIVES
Shifty Disco's latest signing for an album are said by many to be the most exciting new band in Oxford, with Supergrass-esque hooks and much jumping about and such like. Gosh, how terribly exciting! Played this year's Truck Festival on the main stage.
Contact: emily.cooper@shiftydisco.co.uk
ONSTAGE: 8.45pm