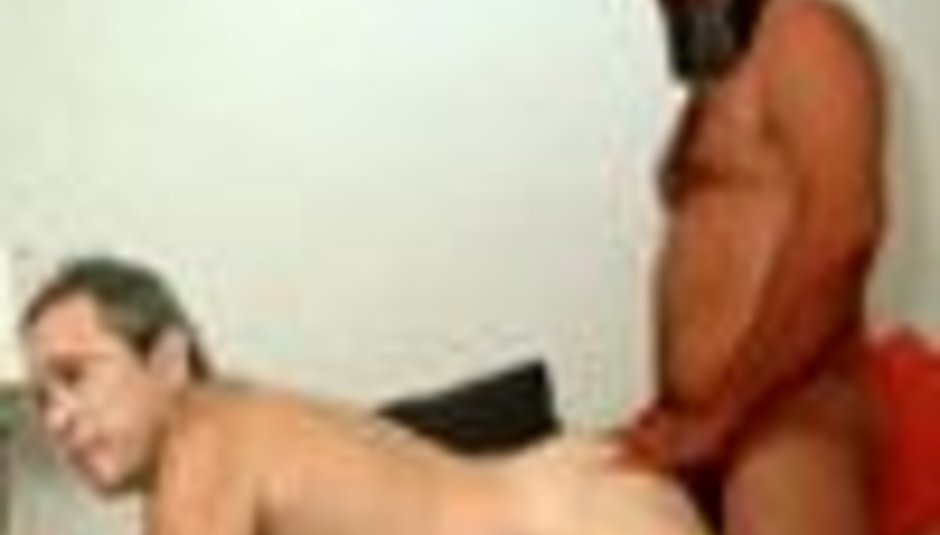 by Mark Thomas September 3rd, 2002
Tony Blair has spoken so often of his "special relationship" with George Bush that I feel social workers should take him into a warm and safe environment with some anatomically correct dolls and as many psychologists as are needed.

Unlike normal relationships, the ties that bind Britain and America are not mutually beneficial and, like many people caught an abusive relationship, Blair refuses to admit the truth. For many, however, the time has come for Tony to sit in a circle, drinking tea and sharing his problems with the rest of the group. Please, Tony do it now, before Bush bitchslaps you and you have to appear in public sporting sunglasses to hide the bruises. None of us want to see you mumbling that "Yes he did hit me but he said he's sorry. He said he loves me and he's changed."

Bush asked the world to stand "shoulder to shoulder" in common cause against terrorism. Yet America does not regard itself as equal partners with its allies, nor does it have any intention of its actions being judged by the same rules as everyone else. Nowhere is this quite so evident as America's attempts to block the creation of the International Criminal Court (I.C.C.)

The Court will be the first on the international stage with the ability to bring criminal charges against individuals, rather than states, for war crimes, genocide and crimes against humanity. Unlike the ad hoc courts at the Hague, which were set up specifically to deal with the cases of Rwanda and Yugoslavia, the I.C.C. will be permanent. Its creation depends on 60 countries ratifying the Rome Statute; Britain became the 42nd country to do so just the other week. Nearly every major American ally and every member of the European Union supports the creation of the I.C.C. If it existed now the I.C.C. would be the only internationally recognised purpose built court in which Osama Bin Laden could be prosecuted.

The US, however, hates the idea of an international criminal court and would not dream of allowing its soldiers to be put on trial for war crimes. Other lesser countries commit war crimes but not America. This is the land of the free, the home of the brave, after all - 5,000 civilians were not killed in Panama in the hunt for Noriega, Kissinger deserves the Nobel Peace Prize, Clinton did not have sexual relations with that woman; and baseball is not rounders with protective clothing.

Not content with abstaining from the court, America is currently trying to destroy it. Senator Jessie Helms, working with Senators Henry Hyde and Tom Delay, has put forward the American Servicemembers Protection Act (ASPA). This bill is a series of anti-I C C measures; if passed, it would prohibit U.S. military aid to any country that ratifies the I C C (with the exception of Nato members and some non Nato aliies, such as Isreal and Egypt). This economic blackmail will force smaller countries, the very places where war crimes are more likely to be committed, to abandon the I C C, making its ratification very difficult. It is the geopolitical equivalent of the boys in badly cut leather coats turning up to remind people "That you never saw nothing! Alright!"

The proposed act would give the president power to use military force against any country that detains US personnel by or on behalf of the Court. This includes the court’s host country the Netherlands. Yes, you read that correctly: the U.S. may soon have the legal power to carpet-bomb Holland for arresting a US soldier. No wonder critics are calling the proposed act the "Invade the Hague Act."( Given the accuracy of US bombs it might be time for Portugal to invest in some reinforced concrete bunkers.) Further, the act would prohibit US military involvement in UN peacekeeping missions, unless its solders are exempted from the ICC by all the other parties involved. Helms has already attempted to put the ASPA before the Senate. So far he has failed on procedural grounds, but he is about to try to attach the bill as an amendment to other legislation coming before the Senate. The bill has already been passed by the House of Representatives: although the Senate may try to vote it down, who wants to be seen, just now, to vote against an act to "protect" military personnel ? In some states a vote against Helms would be seen as sending Osama a thank you card and bouquet.

Most worrying is how President Bush actively supports all of this. Bush’s enthusiasm for the bill emerged in a letter from the State Department to Helms, which was sent on September 25th 2001 (two weeks after the terrorist attacks): "The Administration supports the revised text of the American Servicemembers Protection' Act, ASPA, proposed by Senator Mr. Hyde and Mr Delay. We commit to support enactment of the revised bill without further amendment and to oppose alternative legislative proposals".

So, at the same time as urging the world to stand together against lawlessness, Bush actively tries to destroy attempts to establish a viable international rule of law. The US is acting in its own narrow interests, with its typical double standards.

Supporting terrorism is bad, except when we do it; the rule of law is good, expect when it might be used against us; war crimes must be punished except if we commit them.

Standing shoulder to shoulder? No chance! America’s natural position is standing behind another country and pointing a gun at its head.

(originally published in The New Statesman)