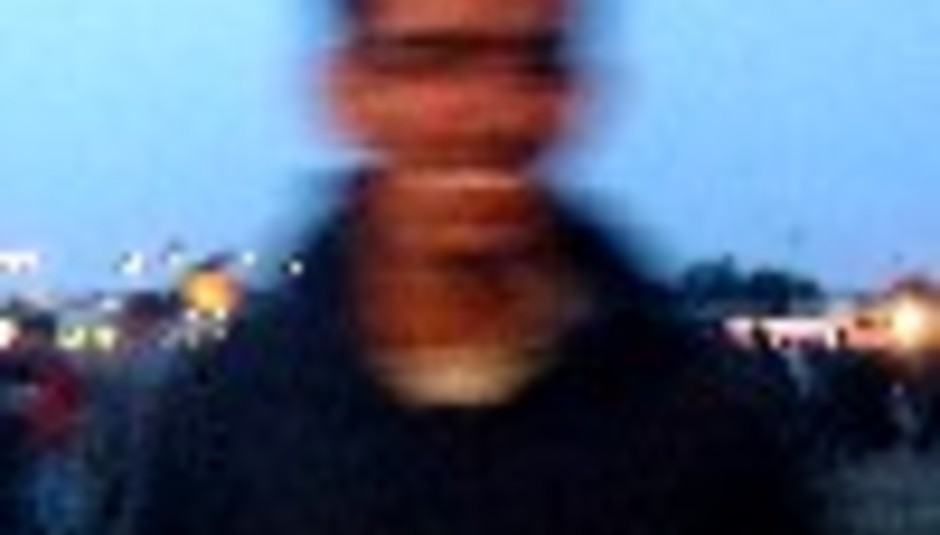 Raz on The Raz @ Reading

Raz on The Raz @ Reading

Yeah, yeah yeah, Reading Festival. What’s the big deal, huh? Get filthy. Get tired. Get battered. Sing. Watch some bands. Great. It bloody well is, alright!?! Did you love it? Were you even there? I was.
N.B. To be read aloud in a Geordie accent

‘Thursday’
7:21pm I arrive in Reading after a lengthy trek all the way from Manchester
7:56pm Camp White is reached and a beer courtesy of =PW= is opened with much venom
8:10pm I wonder how the hell this goddamn tent goes up
8:20pm The tent is up
8:21pm The tent is down again
8:26pm Tent = ‘up’. Me = getting battered
2:16am Bedtime

‘Friday’
8:23am Wake up, clothe myself, crack open Grolsch. It’s been raining. Dammit
8:24am See =PW= on a chair, still battered. Wonders if he ever actually got the 3 metres to his tent
10am Wander over to guest pass collection point. Nothing there for me
10:24am Adams mixes up the SoCo lemonade. Spirits before 11am. Despair
11:52am Get caught up in unfeasible amounts of human traffic thus delaying my entry to campsite and arena. Further despair
12:17pm Reach campsite. Tent porch = collapsed. Surprisingly unbothered
12:30pm Enter arena for the first time this year. Feels good. Wander round after finding no bands take my fancy yet
2:05pm Mercury Rev They still make me laugh: “Hoooooooles”
3:15pm Dandy Warhols Stayed for the 1st half - the rubbish half of their set apparently. Dammit
3:45pm Peaches Elecronica is so passé? Well I got a pretty girl grinding me. I win
4:25pm White Stripes The 1st band of whose I see a whole set of. Impressed
5:30pm DJ Errol Almost like being back in TRASH, except it smells of shit. Oh no, exactly like being in TRASH
6:30pm UNKLE 10 minutes in I realised I needed my brolly for Jane’s…so off I went
6:58pm Back with brolly. Pissing down. Sorted
7:00pm Jane’s Addiction Hell yeah. One of the best bands I’ve ever seen. That means they’re quite good. Trust
8:05pm The Breeders Oh god they sound blooming awful
8:10pm Back at tent. Pot Noodle alert!! No hot water. Dammit. Choc chip muffin it is
9:05pm Pulp Seemed patchy at first but ultimately deliver the goods
10:15pm Aphex Twin Hammers this incredible bassline at me that made the little holes where my wisdom teeth used to be vibrate. Wobbly goodness
11:00pm Strokes Oh my god. How lame. They are not worthy of headlining. It was like being in their practise room
11:15pm Aphex Twin Went back but obviously place was lost so return to tent
11:20pm Beer, campfire, stereo, nice. “Falafel” established as ‘Word of the Weekend’
3:31am Bedtime

‘Saturday’
10:07am Wake up, clothe myself, crack open tinny. It’s sunny. Pleasing
10:32am Realise that Sainsbury’s Taste The Difference flapjacks taste really good
2:16pm Enter arena and accost Appleby. He seems startled. Once more I am bemused by his choice of clothing
2:50pm Goldfinger begin a half hour late. Gits buggered up my schedule. I leave
3:05pm Talking to girls when I hear an almightily nice sounding racket Thursday they’re bloody fantastic. This whole =EmO= thing taking off is clearly a good thing
3:32pm Icarus Line Not nearly as good as when they play in hovels
3:45pm Cave In If only they got a bit of life into them they could rival Muse in the craziness stakes. They haven’t, so they don’t
4:20pm Alec Empire His mic refuses to work. Patience lost again. Appleby remains
4:35pm Kennedy Soundtrack They really are as rubbish as I thought
4:50pm Hives Disappointed again. This day is turning out to be more bad than good
7:05pm Ash I thought they cancelled. They didn’t. Clearly. Sounding good, as usual.
7:20pm Span AND MA BABY’S COME BACK, WAH-HOO, WAH-HOO. Met Mr. Natts.com, inebriated
7:50pm Looks like rain. Reach brolly in the nick of time. Relief
8:25pm Muse They deserve to be 2nd slot. Pure unadulterated class
10:00pm Foo Fighters Increasingly =EmO= Dave is just so happy to be here and QotSA seems to have rubbed off on the geezer. Couldn’t ya just give him a cuddle
11:30pm Hear commotion in Carling Tent. Ignore it. Rock n Roll shenanigans occurring within. Ikara Colt AWAY FROM THERE!! RUN!!
11:44pm Young Kiwi lady at campsite. Thinks The D4 are good. Clearly deluded but an angle may be able to be worked here. Cheeky
12:48am =PW= appears with Russian in tow. They feed me unwittingly with a nasty Tequila/RedBull mix
2:12am I am very, very ill. Angle will not be worked tonight
3:02am ‘Bedtime’
6:07am Policeman wakes me up. Realises he clearly has the wrong man. Fool

‘Sunday’
11:24am Mother of all headaches greets me with aplomb. Crack open another beer. Weather? Not a priority. Realise beer was a mistake
12noon ThisGIRL Jagged, unpredictable, uplifting and British. Nice
12:25pm Dillinger Escape Plan He played catch with the audience using a bag of his own shit.
2:35pm Hundred Reasons Power cuts clearly only encourage bands to sing about Nestlé
3:17 Adams informs us of his ‘Sticky Hands’. =PW=, Russian, Appleby and myself remain unimpressed
3:45pm Hell is for Heroes Carling Tent = packed & volume = turned up & MTV2 kidz leave after that single (=RaZ= included)
4:00pm Puddle of Mudd Can’t be Kurt without Charisma and Class
4:40pm Biffy Clyro Saw Jamie =Reuben= there and he will soon write a new song entitled “Scared of =RaZ= and Falafel”
6:00pm Incubus I won the sweepstake on shirt removal time
7:20pm Slipknot Are they boring anyone else yet?
8:45pm …Trail of Dead They tried to wreck stuff, as usual and they tempted me into actually sampling a falafel. Appleby had 2. Fat shit
10:25pm Prodigy It sounds the same when you say it ‘Progidy’. Weird, huh

The following takes place during the darkness, in the gap which I am unsure of whether to call Sunday or Monday, or just Reading. Read on…

Ollie Russian. Myself. Upturned bins. Impressively co-ordinated drumming upon said bins. Security guards pointing their giant torches menacingly. Repression. Singing “If you like a lot of chocolate on your biscuit, join our club” for no apparent reason. Gathering some sort of following or, maybe more appropriately, a club due to our new ‘anthem’. Not sleeping. Not wanting to be in bed. Only wanting to be here with my new friends. Only wanting the goddamn tent to be set alight. Why won’t the tent catch fire? Feeling safer knowing my tent is not as flammable as imagined. Chaos