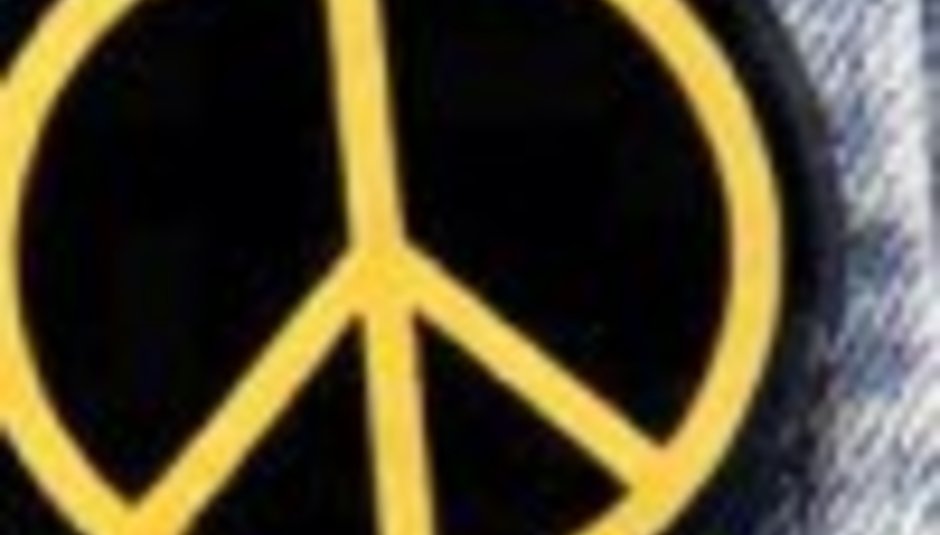 Theoretically, in a few weeks from now, we could be about to witness a War of the Worlds. We could all be waiting to see which dictator can press their special red, nuclear spaceweapon buttons first. Ok, Blair and Bush may not be seen as the traditional (evil) dictators, but they both stand shoulder to shoulder, Blair unquestionally going along with what ever hair brain idea Bush comes up with, making for a very scary, volatile planet. We are not livin in the milk'n'cookies, all-for-one-and-one-for-all, Land of the Free Bush so often likes to try and convince us of. We don’t have enough good education on world matters and their reprocussions. People aren’t able to fully appreciate what is going on in this apparent democracy, and propaganda isn’t just limited to Iraq. Land of the free, my arse.

The guys from Massive Attack agree with what I'm saying. They've started a "Stop the War" campaign, alongside the Campaign for Nuclear Disarmament (CND for short, a global network to eliminate nuclear weapons. ). Damon Albarn and Elbow have also had stuff to say about this recently.

So, what are they campaining for and how will anything be acheived? For the CND, it's the following aims...

CHANGE Government policies to bring about the elimination of British nuclear weapons as a major contribution to global abolition.
STIMULATE wide public debate on the need for alternatives both to the nuclear cycle and to military attempts to resolve conflict.
EMPOWER people to engage actively in the political process and to work for a nuclear-free and peaceful future.
CO-OPERATE with other groups in the UK and internationally to ensure the development of greater mutual security

And they hope to do this without violence or anarchy. This is where the bands come in. Bands have big fanbases, who look up to and respect the bands their fans of. Bands can say stuff in interviews and the media will happily go away and write a story about it (see also: this article). Things have been said like...

"The pressure needs to be put on Tony Blair, people have to realize innocent people are dying in their name. He needs to know he won't be elected again if he keeps doing this." - Elbow lead singer Guy Garvey to Reuters.

"There has to be public debate about this. We need a democratic discussion about the rights and wrongs of going to war." - Damon Albarn to the NME


We'd like anyone reading, especially bands who have a pedestal to use-wisely, to take this onboard, take some time to read more in the papers, more on the CND website and say, do, change something, before it's too late and we're all suffering cancers from nuclear fallout, avoiding rain on certain days or worse, dead. This is not just about wanting to live, this is about not wanting to kill other humans. And what's it all really about, land? Where you go when you die?