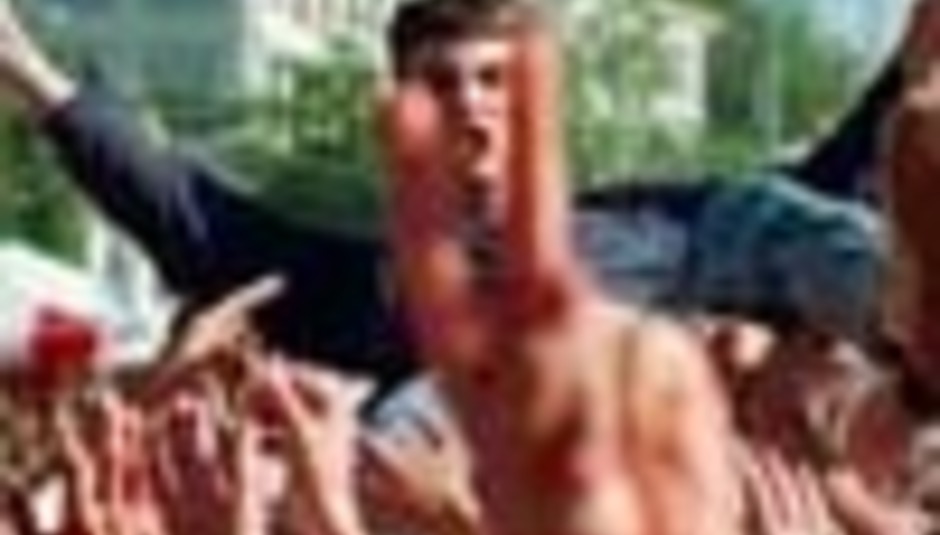 by Kate Price July 12th, 2002
So, there you are, jumping about a bit, watching the band, enjoying the atmosphere and generally minding your own business when all of a sudden THUD! Some strangers’ steel-capped DM boot wedges itself firmly into your eye socket. Said stranger then gets heaved off to inflict pain upon some other poor, unsuspecting gig-goer, totally oblivious to the fact that they’ve just given you a nice big shiner of a black eye.

Still, with every teenagers burning desire to be as rock’n’roll as possible and generally be ‘ard, crowd surfing has a convenient appeal. I mean, hey! What could possibly be a more suiting way to enjoy your £9-worth of live music than to get thrown about peoples heads, slowly crippling them one by one, whilst those sweaty, grimy hands that you haven’t yet broken, grope and grab at you.

The ancient art of crowdsurfing is as old as the mosh pit itself. Since the very beginning of rock’n’roll antics, that bit of the audience right at the foot of the stage has been a whirling no man's land of flying bodies and vented vitriol… and we wouldn’t have it any other way!

So, if you’re thinking of taking that trip over the top to a world of bright lights and grasping hands and you don't want irate casualties (myself included) chasing you around with big sticks, screaming profanities in your face, here are a few things to consider…

Now, assuming you’ve taken all that on board and you’re ready to crowdsurf like a pro, there’s nothing left to say except - Happy havoc!