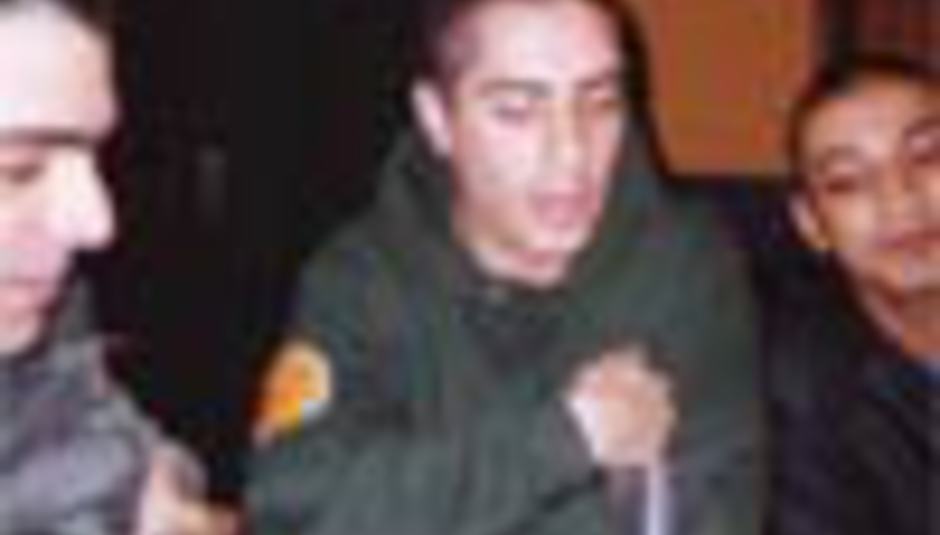 drownedinsound would like to inform you of its next gig, and it's a very loud one indeed. Somebody bring ear plugs for the Captain.

The location: The Windmill, Brixton - which can be found on Blenheim Gardens, off Brixton Hill, about a 10-minute walk from Brixton tube station (cross over the road out of the station, walk left up Brixton Hill for a while and Blenheim Gardens is on the right. If you're lazy, there are plenty of busses).

The time: 8pm till whenever

SONA FARIQ
They're back. After departing from Warners, Sona Fariq have spent the best part of two years writing, recording and gigging. Believe it or not, this will be their first gig in south London. DiS said, of their recent Sheffield gig: "Like Zack De La Rocha engulfing the vocals of Bob Marley and abusing them in a musical duel, slaying the most ferocious of fire-breathing dragons". Blimey.
ONSTAGE: 10.30pm

FLAK
A "hard-edged-but-fun hip-hop sound", they say. Flak's most notable recent achievement you could say is having a track on the 'Malcolm In The Middle' soundtrack. They've also been remixed by Dust Brothers and Ozomatli, and have featured on MTV shows such as 'Road Rules' and 'Bio Rhythm'.
ONSTAGE: 9.45pm

MARY
Twisted rock posturing from London. A DiS hack described these London tykes thus: "They kinda mix up a Fugazi/Sonic Youth-esque vibe with a bit of all the good bits in the new Radiohead records. It half SST meets Warp, but with all the punk rock etiquette a boy could throw a stick at." And we also hear of the singer's "movie star good looks", so we can hardly wait, really.
ONSTAGE: 9.00pm