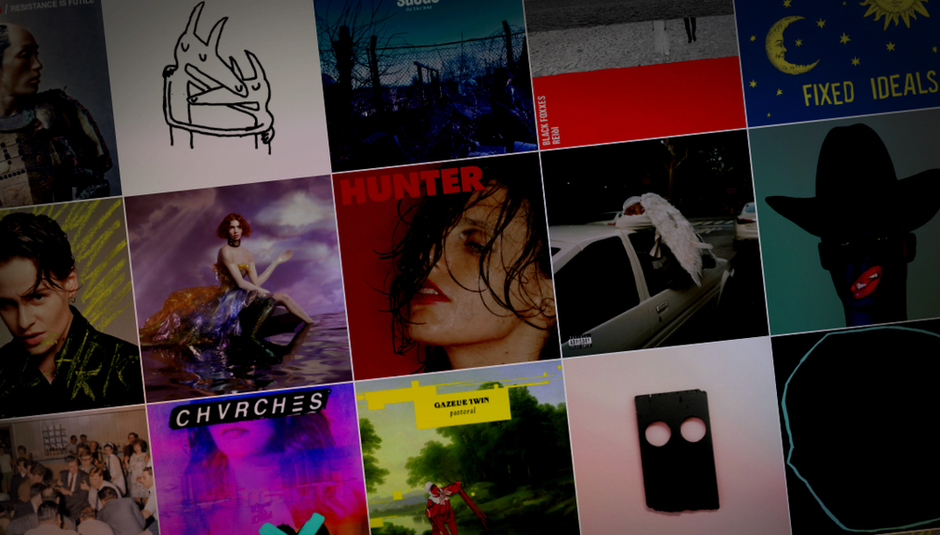 Listmas is here again. We polled our staff. We made this list. We checked it more than twice.

Charts, polls, and pretty much anything democratic is - as the troubling mess civilisation is in "rn" suggests - flawed in one way or another.

At least that's what we usually say as a caveat, before bemoaning how reductive end of year lists about music can be. How no top-whatever list can truly map our hearts. That we wish we were better than this: turning music into a competition, but we haven't found a mechanic that allows us to highlight and celebrate our favourites.

We also accept that our year-end list is often a great way to reach new readers.

We nod-along when people suggest it'd just be better if this was a personal list rather than the few records that 37 people agree on… like, my number 1, so sad so sexy by Lykke Li, didn't get a single vote from anyone else so doesn't feature below.

There's also the existential question: is there really any point to publishing yet another Best of… list online? Yet here we are.

Then, beyond 'why isn't X in your list, you idiots' we get into the more salient reactions online to listageddon: Isn't there a chance that the best album of the year might come out in November when you're voting or even in December? (Let's not get into the fact journalists at monthly magazines vote in early October?!)

With estimates suggesting that over 100,000 records come out each year, how on earth can anyone listen to them all to give a definitive answer as to what the best album of the year is?!

That said, this is the 18th year we've published a Best Albums of the Year list (see all the old ones here), and perhaps the first time that the number one was quite so unanimous. It's also the first time that to the fore of our list is a somewhat confounding record. It's an album that seems to divide people people into "OMG, you have to hear this!!!" or "I don't get it, what's the fuss all about? Why does it sound so distorted?!"

Beyond our number one, the picture was not so clear. Our 37 contributors mentioned over 200 different albums, with the vast majority of those records not being mentioned by any other staff member. You can see all of the top 3s and honourable mentions from our team here.

Without further ado, here is 2018's list, which if nothing else, hopefully provides a new discovery or two for some of you. It is - in my humble opinion - a great snapshot of another great year to be a music fan.