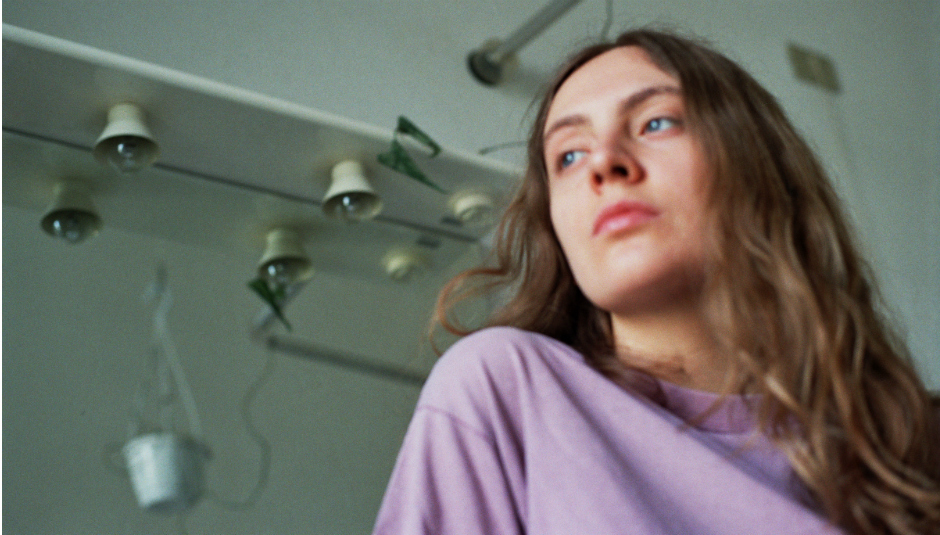 We Love EU: Any Other

We Love EU: Any Other

The lover’s body is a constant source of fascination, but most of all when it is beyond touch, almost beyond memory. What is it about the physical terrain of the body that demands geographical expression? “I have flown the distance of your body from side to side of your ivory coast,” Jeanette Winterson wrote. “I know the forests where I can rest and feed. I have mapped you with my naked eye and stored you out of sight.” At the end of a relationship, as borderlines smudge and X-marked treasures are erased from sight altogether, we long for the stability of those lines. On Two, Geography, the second album from Italian artist Any Other, they remain painfully unfixed.

Of course, there are multiple dimensions to Adele Nigro. In conversation, she is full of ideas, open to discourse, open to exploring the thematic detailing of her work while laughing about her early forays into alto saxophone. It makes sense. What makes Two, Geography so engaging is that the heartbreak isn’t viewed from a distance, but up close; when she sings, as loud as her lungs will offer, “I asked you fuck me as hard as you can… I wouldn’t feel anything”, it’s about as immediately heart-wrenching as art gets. It’s also oddly joyous, in the way that physical expulsions of trauma can sometimes feel.

As a young woman born in Verona and now based in Milan, lots of interview questions – including mine – focus on her Italian identity, the duality of singing in English, and the duality of her language in general. What soon becomes apparent in her answers is that we’re missing the point. Any Other is an international artist in every sense, not just in a literal capacity, but in her ability to chart human experience across foreign waters, demarcating losses that we recognise as our own. We should cherish her.

DiS: So you’ve just finished your UK tour. Is it a different experience singing to a crowd that mostly speak English as their first language?

Any Other: It was really, really nice. This was my first actual UK tour as a headliner, and I feel like the audience responded really well to the songs and the shows in general. And yes, I come from a country where people don’t speak English really well, so it was a pleasure to go somewhere and perform, and to see that people were getting what I was singing about.

Did you make a decision early on that you wanted to sing in English?

I wouldn’t say there’s a compact music scene. It’s more like there are different individual scenes. There’s an electronic scene; we have jazz musicians too, psychedelic stuff… but it’s all really, really underground. The indie / major music is being made by Italian songwriters, so we don’t see that much of ‘indie musicians’ in the same way.

Were you looking for a career in music by the time you got there?

My music journey’s been really weird. I started playing the saxophone when I was 13, which I did for a year before I discovered hardcore punk music, and then I just said, “Saxophone is stupid, I don’t want to play it anymore!” When I was 18, I started listening to other stuff like indie rock music from the nineties, and that’s when I started playing guitar. Since then I was sure about it.

So can we expect a punk rock detour for album number three?

Oh god, no! [Laughing] I mean I still like punk music, but I don’t think I would be able to play it anymore.

Let’s talk about the new album that came out this year, Two, Geography. Where did that title come from?

Well, ‘two’ because it’s the second one. And geography… when I was writing the lyrics, and the songs in general, I was going through a break-up. I’d viewed the body of the person I was in a relationship with as if it was a physical space – when you close your eyes, you can picture them. I was feeling the same way with my ex-partner’s body. But then after the break-up, I started forgetting about it. So I was thinking about how bodies and places are kind of connected by a physical geography. The geography is a personal, physical and emotional one.

The album itself seems quite openly autobiographical, detailing an abusive relationship. Was delivering that kind of naked honesty, on record and on stage, something that you learned to become comfortable with?

It’s weird, because I’ve always written autobiographical lyrics, but this time it’s really personal. It’s still a little bit weird, especially when I’m performing, because I’m a super emotional, so when I perform it’s almost as if I still feel those things. It feels really naked. But at the same time, I wouldn’t feel comfortable doing it any other way. I really care about trying to be as transparent as possible.

Do you believe in art as a cathartic process?

To me it is. I think art in general can be pretty cathartic, both for the person who makes the art and for the people who experience something from it.

Was there anything in particular influencing you at the time of the record?

Not records specifically, but some artists. Jim O’Rourke, I think, because he makes records that are intersections between specific genres, with elements of folk music, and jazz music, and pop music in his records. I really admire him as a musician and a composer. While making the record I was listening to a lot of John Coltrane and Alice Coltrane, too. I don’t know if it’s something you can hear in the record, but it was definitely there at the time.

I really love Mitski. The production on her records is not the kind of thing I’m usually into, but I’m just the hugest fan of her. She’s so great at writing and performing, and her lyrics are incredible. She’s a woman who talks about love and depression… she just has the ability to make you feel like you’re not alone, you know?

We’ve ruled out the punk left-turn, but have you started thinking about how the next record might sound?

I’m already working on some new stuff, but I’m still in that area of trying to learn new things. I want to learn how to play the piano better, definitely, so I’m going to focus on that. But I mainly have plans for touring at the moment. We’re playing Eurosonic in January – I’ve played in Groningen twice, but never been to Eurosonic, so I think that will be fun. We’ll be touring in general for the first half of 2019. There’s a chance we could make it over to Asia, but we’re not sure on that yet.

But when it comes to composing and writing, something I really want to do next year is to push myself a little bit more. I wanna learn new stuff, basically.

Two, Geography is out now via 42 Records. For more information about Any Other, please visit their Facebook page.

"Everybody wants to be a rap star the...