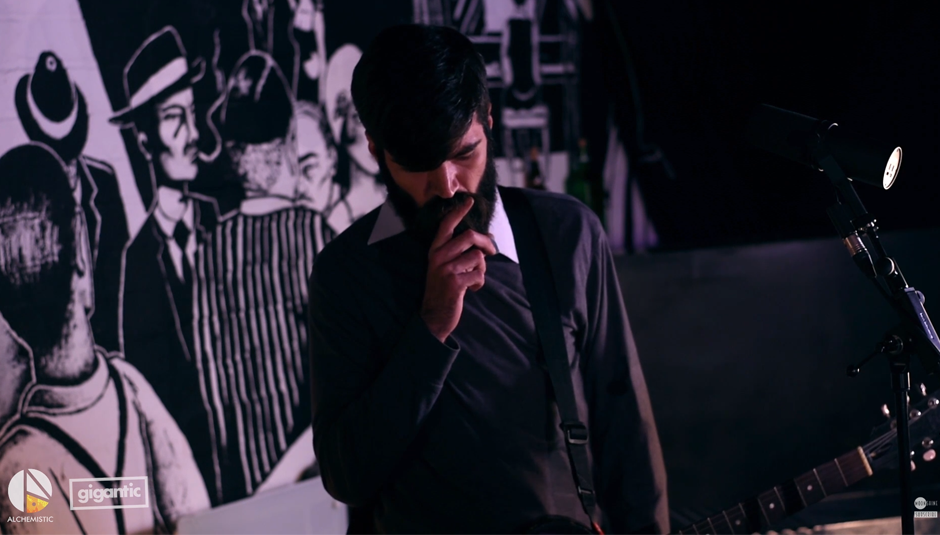 For the very first Moonshine Session we had epic New Jersey punk band Titus Andronicus in the studio, with singer and guitarist Patrick Stickles playing a raw, stripped-down solo set. Alongside a stirring version of 'Mass Transit Madness', taken from the band's most recent album A Productive Cough, he played a long-lost blues classic, 'You Got To Walk That Lonesome Vally' by Mississippi John Hurt, a song about self-reliance and facing your fears. Stickles also sat down for a wide-ranging chat with our very own Jimi Arundell, which you can view alongside his performances below. Enjoy.

You Got To Walk That Lonesome Valley

The Moonshine Sessions are a joint venture between the Nottingham based ticketing agency Gigantic and Alchemisitic Records, a collective of musicians, producers, videographers and photographers whose shared love of music has bought them together.