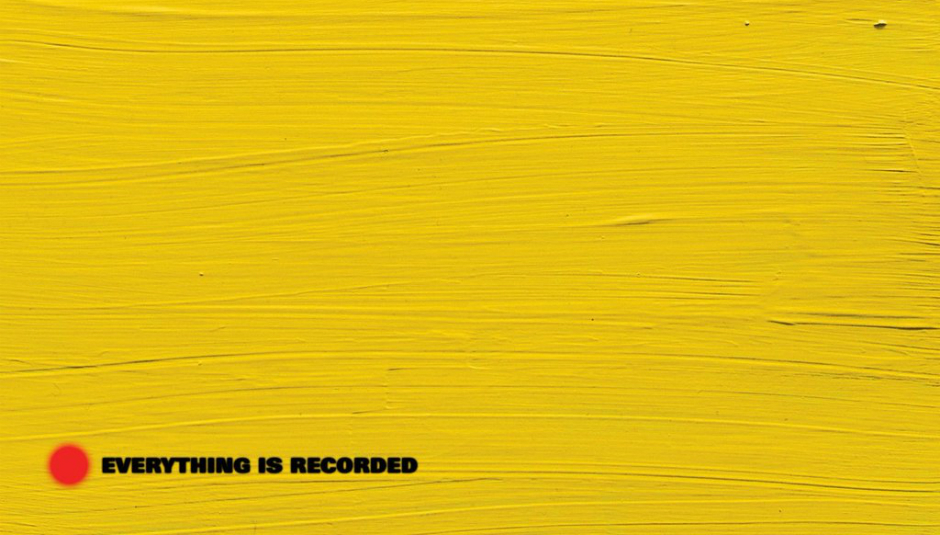 The Mercury First Listen Review: Everything Is Recorded

The Mercury First Listen Review: Everything Is Recorded

James Thornhill on Richard Russell's Everything Is Recorded

Everything Is Recorded ticks all the boxes for me, it sounds like a record I should have heard and loved. I mean it’s Richard Russell, responsible for XL records, which since its early rave days has been on-point with the best music releases (Adele notwithstanding). The guy even produced the majestic last Bobby Womack album.

It seems patently absurd that I haven’t heard this record yet and what better way than to go in blind (deaf?) and write down my thoughts with no prior knowledge or preconceptions? This has Mercury written all over it; from what I gather it has a range of disparate influences spanning the globe, and many eras, and also brings in a vast array from Russell’s extensive contacts book. It might as well have been called "praise me and give me awards". But what's all the fuss about?

I sit back and click play on what should be one hell of a sonic ride.

Crackling found sound gives way to affirming spoken-word and layers of vocals, and more spoken word. It recalls DJ Shadow’s mash-up work on Introducing, mixing in a range of genre styles that almost recalls XL’s history in one short track. I’m guessing this is what the rest of the album will be like, something like a 90s UNKLE album, although I hope not, because that has already been done.

‘Close But Not Quite’

The off-kilter clapped beats and slowed-down piano chime on repeat is like a future version of a classic, sweet 70s ballad. Is that Sampha’s vocals? They are nice; alluring, even. The chorus is a blast of horns and a Curtis Mayfield sample (or someone impersonating him brilliantly). This is soulful, chilled and reworks a classic sound nicely. The album is already throwing up surprises.

It kicks off with a kinetic, tribal style beat and that phat bass squelch prominent on early 90s RnB/house crossover tunes and Blue Lines. The vocals, clearly from African artists, are jubilant. More styles and influences crammed in on this one, pointing to a straddling of the bedroom and the dancefloor. Just as I have a grasp on what the tune is all about it ends with a high-pitch jazz sax breakdown. The album is not settling into predictability and is going to warrant more attention after this first listen.

A click track starts. “I’m never going to need that click”, says a grime artist/rapper. I’m not very good at identifying people from just their voice, clearly. But then that’s done, we have a roots reggae sample that gets a glitched up rework and the grime is back, the MC spitting over a mash of ragga, dubstep and grime beats and samples. It sporadically breaks into the full reggae sample. It’s not the best example of this, but it shows this albums ability to mine myriad styles to great effect.

A choir vocal gives way to a robotic dub vibe and a downbeat female soul vocal singing about knowing the history of “tribes”. Is that Sampha back on the chorus? And a rapper now? Russell gets the mileage out of the collaborators, in the same way his mate Damon Albarn does on Gorillaz albums. The album is starting to settle into a theme, a sound now. The jazz sax is back, it’s nice. The bass on this sounds like it’s off an old detective show or something.

A nice post-Blue Lines trip-hop vibe on this one, slightly tribal if those tribes were all taking downers. There’s Sampha again, his vocals really work on this album. He’s backed by some emotive, sweet female soul vocals. It doesn’t really go anywhere but it’s got a nice background, chilled sound.

‘Echoes In The Bone’

That DJ Shadow cut-up, spoken word feel is back on this. A preacher tells us we are not alone, the words echo off and it’s over in a minute.

Remember when “chill out” was a big thing in the late 90s, with all that Zero 7 kinda stuff? That’s what this is. Slightly echoed, lounge-jazz vibes updated with a slowed-down trap style beat. That chill out stuff got boring very quickly, and so does this. The album is settling down now with much less genre-hoping.

The vocal sounds like Ibeyi – they’re good. This is another smooth, chilled soul cut. It’s very nice, but nothing special or moving.

The start of this is nice. The washed-out, echoed sound recalls a more polished Prefuse 73 circa One Word Extinguisher, but the early promise has gone nowhere really. It’s a short interlude that could be left off the album without it losing anything at all.

A soulful choir kicks of this tune; “Be my friend” they state. It’s another variation of polished soul, this time reminiscent of the 80s/90s pop-soul popularised by Soul II Soul. Again, this is a laid-back jam, perfect for lighting up and losing yourself in. The genre-hopping is well and truly gone from the album now, and it’s acting as a perfectly confident modern soul record – if that’s your kinda thing.

This is very nice, with lush floating strings. It recalls slower David Axelrod cuts but with electronic beats instead of funky live drums. And here’s Sampha again; is this actually a Sampha album in disguise? It all sounds a bit like what he would be doing. OK, this basically has one dimension for the whole song and it’s too long to not go anywhere.

Basically, in short, it’s nice and perfectly competent. The first quarter of the album is packed with genre-bending ambition, which I would expect from Richard Russell given his pedigree. The rest doesn’t astound, it’s just a very nicely produced neo-soul album that plays it safe blending the more interesting elements into mix for the casual listener.

To be honest, I’m not sure this should be a Mercury nominee, especially given the albums that have been overlooked this year. This is nothing special, just doing the expected. That’s not what this award should be recognising.

I won’t be listening again in a hurry.

For more information about Everything Is Recorded, please visit the official website.

The Mercury First Listen Review: Ever...