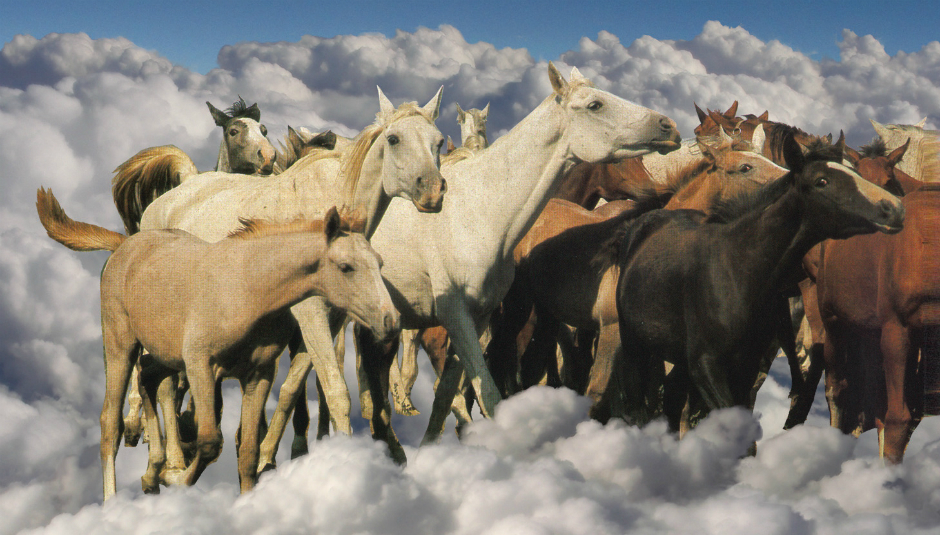 In 2008, American indie rock was arguably at its absolute peak. From what had been, at the start of the decade, a revived genre spearheaded by the UK (The Strokes and White Stripes aside), towards the end of the decade America had more or less a lock on what was the last truly exciting time for guitar-based music. This was the year that introduced us to Fleet Foxes, Bon Iver, Vampire Weekend, Beach House, MGMT, Hercules and Love Affair, Titus Andronicus, No Age, Women and albums such as Deerhunter's Microcastle, TV On The Radio's Dear Science and Grouper's Dragging A Dead Deer Up A Hill - plus Frightened Rabbit's Midnight Organ Fight which found success on both sides of the Atlantic. Sitting quite comfortably among these notable names and releases, is Why?'s landmark Alopecia, a record celebrating its 10th birthday this year with a tour spanning the UK and EU, as well as their native US.

In the first half of the decade, American indie was much more scattered. New, exciting, and far-reaching scenes seemed to crop up monthly, collecting a wide variety of sounds from all sorts of strange influences that we wouldn't even bat an eyelid at today. But throughout the 2000's, the groundwork was being set for the following decade's eclectic approach to indie-rock which is now considered the norm; in fact, failure to do so is often criticised by more discerning music listeners faced with yet another meat-and-two-veg-guitar-band, most of whom demand something a little more exciting.

One of these burgeoning scenes that found increasing success throughout the 2000s was the "indie hip-hop" (sometimes colloquially called "backpacker") scene, a huge part of which was centred around Los Angeles-based Anticon Records. Formed in the late 90s by Alias, Doseone, Jel (both also of Themselves), Odd Nosdam (also of cLOUDDEAD), Pedestrian, Yoni Wolf (Why?) and Sole, the members scaled California, many of who originally met in the Oakland area due to its proximity to Berkeley College. After a couple of initial compilation mixtapes collecting these various talents, by the turn of the millennium they each began releasing their first solo full-lengths on the label, and quickly gained notoriety for their aggressively avant-garde approach to hip-hop, akin to the burgeoning "post-rock" scene going on around the same time.

cLOUDDEAD, comprised of Odd Nosdam on production along with Doseone and Yoni Wolf on the mic (and various other instruments they could get their hands on) was perhaps the most successful and important release in Anticon's early days, comprising of three of it's most talented members in an already stacked roster, but also because their swan song and second full-length Ten still sounds unlike anything else the (sub)-genre has ever produced. The fact that its only single, 'Dead Dogs Two', was remixed by Boards of Canada gives a strong indication of what we are working with here; this was hip-hop that transcended even the trip-hop DJ Shadow was mastering around the same time, morphed into something weirder yet exciting. This is brilliantly composed hip-hop set to ambient music, even though Why? and Doseone's delivery was anything but chilled. It remains an underrated gem of the era and one that any fan of Why? or even Anticon's much later yet most successful import, Young Fathers, should go out and seek.

However, by the time of Ten's release, the group had already announced they were disbanding, and Yoni Wolf had already begun releasing music under his initially presented solo guise, Why?, with his breakout Oaklandazulasylum in 2003 and Hymie's Basement self-titled album the same year. Though Wolf had used the Why? name as his solo project up until this point, he recruited the band members – older brother Josiah (drums), Doug McDiarmid (keys & bass) and Matt Meldon (guitars) – that would collectively come to be known as Why? for this record. And while Oaklandazulasylum is an impressive debut (proper), it sounds largely like what it is; the member of a small but highly influential group transitioning to being the solo-frontman (and then finding they’re more comfortable in a band setting anyway). Meanwhile, Why?'s official debut as a group came in 2005 with Elephant Eyelash, which received a cult following for its troubles but also showcased the band's move towards a more indie-pop sensibility that would go on to define their crowning achievement three years later.

On instant impact, Alopecia was a classic. Finally, Wolf and co had delivered on the promise they had hinted at their entire careers as the amalgamation of both hip-hop and indie-rock darlings; a crossover which is exceptionally difficult to pull off sincerely. Here, we got the razor-sharp lines Wolf had been penning for years focused and condensed into the setting of a band firing on all cylinders, creating a record that’s catchy, memorable, challenging, inventive, playful and very, very dark. All the energy and innovation the Anticon members had shown in their past came together on Alopecia, and it remains just as vital some ten years on.

Just look at the record's incredible opening quarter of 'The Vowels, Pt.2', 'Good Friday', 'These Few Presidents' and 'The Hollows', four tracks which all vary massively in terms of style but flow so beautifully it’s an absolute rush. 'The Vowels, Pt.2' stomps in with a chorus that uses a childhood rhyme about vowels and amazingly pulls it off without being kitsch. 'Good Friday', easily one of the most disturbingly dark tracks written in the last decade, explores every single one of Wolf's desires, a fascination with sex and death which drives the record's themes. The comparatively chipper 'These Few Presidents' details the weird intricacies of a relationship – their breakdowns and resolutions – before 'The Hollows', a self-reflexive look at Wolf's burgeoning status as an indie-rock star at the height of hipsterdom.

Amazingly, the record manages to maintain its incredible pace after this initial run, taking increasingly darker turns, As it progresses, it’s a wonder to see the various unpredictable twists and turns both Wolf as frontman and his band produce. Alopecia isn't exactly the easiest of listens in places, as Wolf leads us by hand to some of the darkest excesses of his mind; witness the stalking-anthem 'Simeon's Dilemma', which features one of his few genuinely moving, and therefore creepy, melodies, or the deeply personal addressing of his battle with Crohn's Disease in 'Torpedo or Crohn's'.

The album's centrepiece, however, is of course 'Fatalist Palmistry', a song rightly considered to be one of the anthems of 2000s indie-rock. This is the pop-hook laden song Wolf had been threatening his entire career, and while he’s had some decent efforts since, he’s yet to top it. 'Fatalist Palmistry' kicks straight into business and never really lets up, its melodic intentions adding layer upon layer of catchy lines.

'Fatalist Palmistry' is the necessary part that completes the whole of Alopecia as without its relatively optimistic outlook, despite still the heavily prescient themes of sex and death, the album would suffer from its own heaviness. The small slice of pop-perfection the just-under-four-minute track offers is the exact antidote needed to show that, while sex and death are inevitable factors that universally ties us, it’s not all doom and gloom.

Alopecia remains a landmark record, having not aged an iota. Attempts to recreate the magic since have been spotty at best; the follow-up, 2009's Eskimo Snow, doubled down on its poppiness and expanded the band’s hip-hop tendencies, but didn’t quite match the consistency of its forebearer’s relentlessness. Since then, the middling Mumps, Etc. found a cult following of die-hards, much like during the band's origins, and after some time away, last year's Moh Lhean was a solid enough return to action. What seems clear, however, is that part of Alopecia's magic was its timing – both everyone involved in its creation and the contemporary music climate in which it was released was ready to embrace this for the special record it is, and it’s no wonder there’s much excitement around its reissue and celebration as a classic of its time.