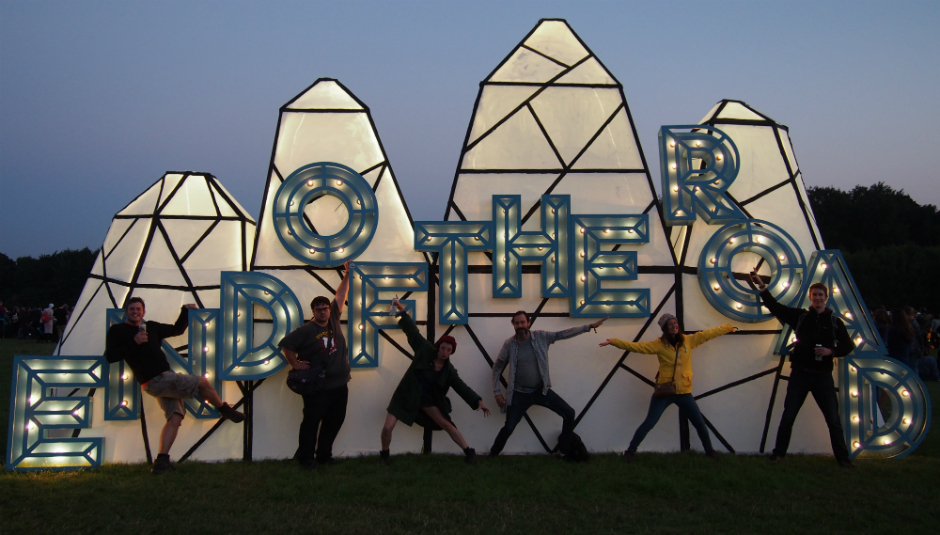 Paradise City: DiS Does End Of The Road 2018

Paradise City: DiS Does End Of The Road 2018

It’s year 13 of End Of The Road and the crew have got their shit together. The sun is booked in for the whole weekend, the peacocks have been on the throat lozenges and Bas Jan is kicking things off on the Thursday night. If you’ve not heard of them, have a go. Their dress is what, Roman Empire chic? Aztec Wedding? Lyrically dextrous, Bas Jan trace the banalities and joys of everyday London living (with the odd seaside foray) with perfectly timed deadpan delivery, a fleck of synth and delicately complex harmonies thrown in for kicks. Like the anticipation before a good festival, there is adrenaline on the breeze, and tangling up in the tipi rafters. 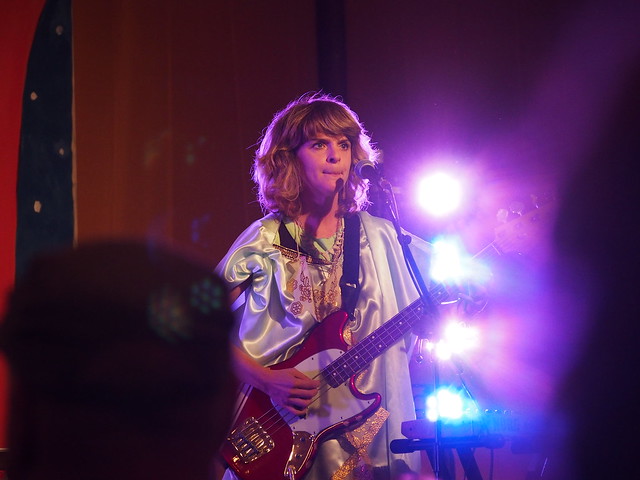 But it’s only the first night and all remains calm. Fires flare up and people gather. The Tibetan dumplings are an unexpected treat to suck on as the silent disco queue snakes around the site, motionless.

End Of The Road 2018 mornings see the grass sloppy with dew, the sun sliding through sparklingly fresh air. There’s muted chatter and a sweet coffee smell across the campsite. And as the days warm up we all flow out to the fields and forests, secret pathways and hidden intrigues. There are plenty of festivals popping up around the UK (or indeed longtime popped up) with similar middle class/hippy credentials, but EOTR certainly holds its own both as an all-round welcoming experience but also in the sheer attention to detail. Anyone can get a bunch of bands into a field (so a wise man once said), but the festival experience should have an alchemy beyond that. Which is where The Woods area comes in. It’s a labyrinth in there, jam-packed with too many delights to discover in one weekend. The inviting lighting, embracing branches, vomitous Ferris wheel, and all the arts, the crafting kiddies, ping pong parties, meandering musicians and did I mention the peacocks? They were cute. There’s life drawing, manga making, comedy aplenty and a nice little piano clearing where surprise chats and gigs take place. The trees carry us messages of love and encouragement (no, actually they do - carved into their leaves) and at night the gentle lighting creates areas of slow discovery opening out into clearings frenetic activity, where revellers hurdle horses and slap balls around with paddles. 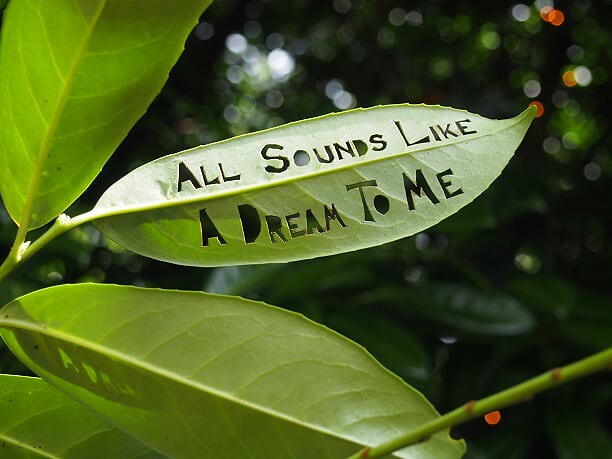 And of course, there are also the bands. An early weekend delight on Friday is folk-rock-fame’s Big Thief, with Adrianne Lenker’s arresting voice echoing about the Garden Stage accompanied by mesmerising instrumentals. Her set is filled with joy as personal experiences are wilfully turned into shared moments. There is both strength and a great fragility that we as an audience are invited into, and the soft-lit trees create a calming enclave for us to inhabit. 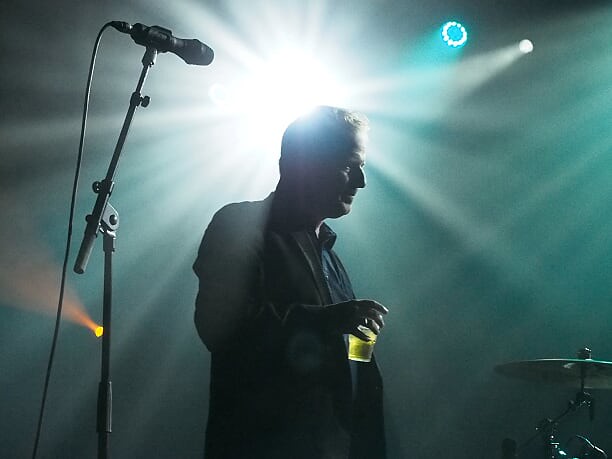 In contrast, Protomatyr are an intense sound wall of ear-pounding guitar genius and dark irreverence that brings back echoes of the likes of The Fall. The drawling vocals of Joe Casey sit atop the brilliantly taught band, sometimes indecipherable in his anger, always totally engaging. Screaming a sense of insurmountable disaffection yes, but a brutally uplifting performance. The Big Top fills with malaise and sweat, but in a good way. And, keeping in the loud vein, why not move on to Screaming Females who deliver a punchy early morning (midday) set on Saturday enough to shake the creeping hangover. It’s difficult to imagine where the softly spoken lead singer Marissa Paternoster found her singing voice, a deep and versatile instrument that she uses to brilliant effect, boisterously fronting the three-piece with a not-so-subtle nod to the world of 80s rock guitar noodling.

A firm festival favourite, Omar Souleyman has a big crowd gathered in front of the main stage long before he makes it on stage. The music is infectious; a heady mix of Syrian folk, electronics, and keyboards that make bottoms shake, bellies wobble and hands fling themselves into the air. We are seemingly transported into a place where inhibitions are melted – or drowned – and we have all the energy in the world. There are giraffes in the crowd bobbing their heads, some young folk have clipped on fox tails (cool circa festivals 2012). And centre stage the eerily sedate Souleyman himself, paces gently back and forth with trademark sunglasses and keffiyeh, clapping his hands to the frantic rhythm.

Meanwhile, back at the Garden Stage, (Sandy) Alex G seems angry. Apparently, a guy called Owen used the in-festival postal service to send him a letter saying they liked his music. And apparently, that’s not OK. Does this mean sarcasm has crossed the pond or does this really explain the lack of interaction with the crowd? Either way the set is brilliant, the sound warm and mellow at first with a heartbroken Elliot Smith tinge, then flying into jazz riffs, screamed entreaties, drum riffs that reverberate through your collarbones. Alex G’s multi-instrumentalism and creative flair makes him much more than his ‘indie-rock’ label would suggest. Let’s just hope he lightens up next time. 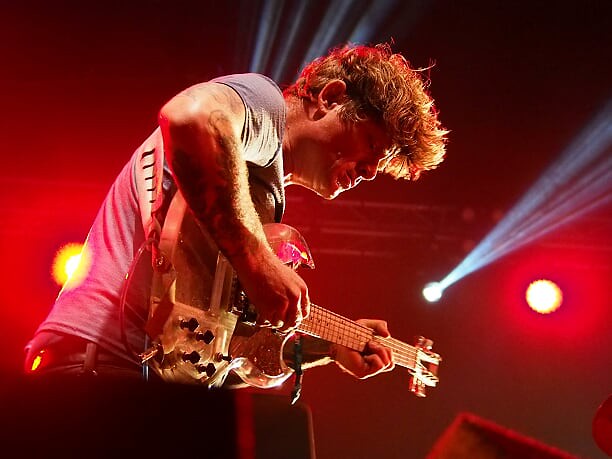 The Saturday night headliners are a difficult clash. Vampire Weekend’s only UK gig is the obvious choice, but then there’s Oh Sees, replete with two drummers for the price of one. We start out with the Oh Sees on the pretty Garden Stage, wondering why it is that both drummers play an identical rhythm throughout. A test of fortitude? A kind of crowd hypnosis? If so it’s working, a continuous human conveyor belt of crowdsurfers are thrust forward to the stage. It’s like watching an erratic ant colony, and there is a delicious cohesive energy to the whole thing. The energy of the performance from John Dwyer, periodically swallowing the mic and thrashing across the stage, is mesmerising, the decibels of perfectly formed slabs of rock assaulting your eardrums not to be missed. Well, we dash over to the Wood stage for the last half hour of Vampire Weekend and aren't disappointed. These guys play a consistently great live gig and knew what to do with the Saturday night crowd. It was a deluge of classics – I suppose not surprising given their last release was some time ago. Here’s hoping for the 2018 album. 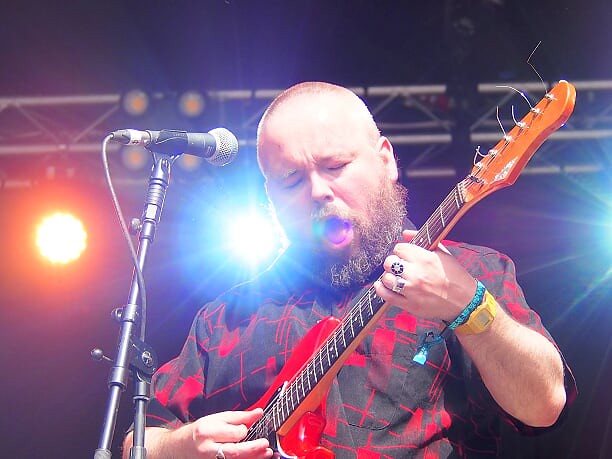 An unusual choice, but it seems the End Of The Road organisers decided to leave their best for Sunday… morning. Anyone not at the Richard Dawson set probably shouldn’t have bothered turning up to the festival. There are all the usual Dawson hallmarks; acapella set bookends, 7th Century tales of monsters and courageous (wo)men, instruments stretched to the edges of their creativity, and Dawson himself curating with a jagged energy that literally seems to pit him wrestling against his guitar to squeeze every chaotic and beautiful note out of it. Tears are shed when 'Beggar' is played, and again when the magical set draws to a close. It’s just lucky that frozen mescal mojitos are on hand nearby to make things better.

But, while it might feel like there is nothing more the festival could possibly give after that, who knew the surprises waiting later on. There had been rumours of Ezra Furman in conversation over at the piano glade earlier on (all true), but we catch up with him on the Wood Stage with the sun going down. Furman is a great lyricist, drawing us from power ballad to social commentary, flippant comedy to tender dismay. One minute we’re flinging ourselves about and grinning, the next it feels like a chapter from Last Exit To Brooklyn. The breadth of musical expression is quite unexpected, and summed up by a pretty astounding cover of Smashing Pumpkins’ 'Tonight Tonight'. Who knew Furman could sound so much like Billy Corgan? 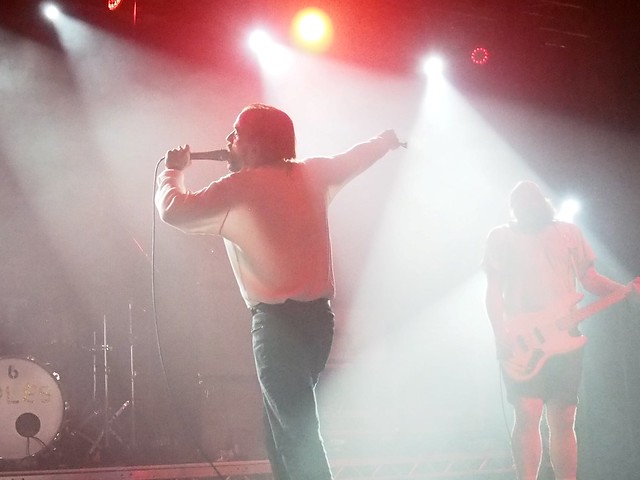 There is just about time to sprint on over to the Big Top to catch the start of IDLES. Those who are lucky enough to get in – it’s a one-in-one-out situation by halfway through the first chord – are treated to a heroic onstage effort; it’s hard to think of a band that seems to be having so much fun, or burn so many calories. They create a tide of positive energy as they caper and dance and dissect the horrors of the world. It’s summed up pretty well by their second album title, Joy As An Act Of Resistance. And the crowd reflected their sentiment – it was friendly as it was boisterous, even when it was super packed. We all left feeling like we could change the world, possibly through the medium of punk rock. 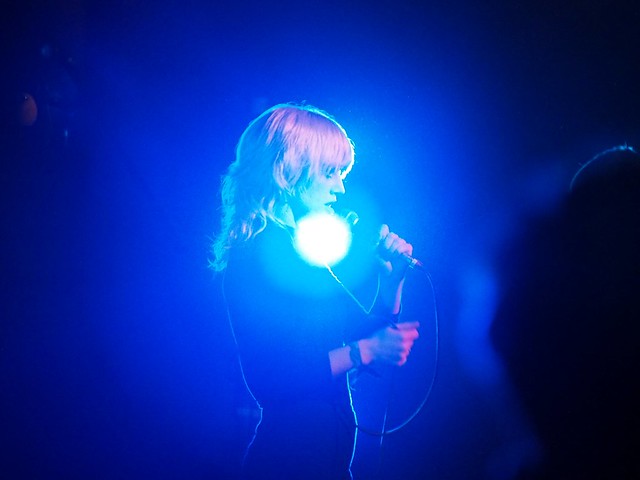 The last day fades, the clouds rippling into the final shards of sunlight. The Sunday night headliners, Feist and White Denim play strong but maybe not world-changing sets and, although not there personally, we are reliably informed that both Amyl And The Sniffers and Snapped Ankles play outstanding surprise gigs to a sweaty tentful of festival goers as Sunday night burned through into Monday morning.

And so comes the last morning with toilets brimful and everything sold out but bacon, as people load up their trolleys and head for the hills. We all congratulate ourselves on the weather, and when I get an email informing me that early bird tickets for 2019 have sold out in record time, I have to say I’m not all that surprised.

End Of The Road takes place at the end of evry August at Larmer Tree Gardens. For more information about the festival, including the 2019 edition, please visit their official website.