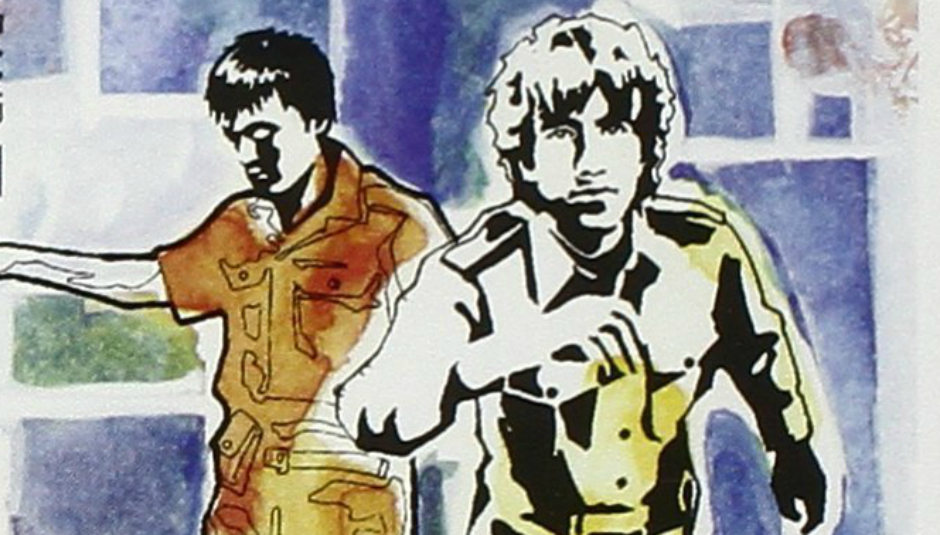 The elements necessary in making a “cinematic” record can cover a large portion of emotional and musical ground. There can be moments of lust and danger, deep grief or unbounded glee. You will notice devices such as gripping crescendos, furious bouts of marching percussion, and heavenly choruses. The listener’s normal reality is transformed into a scene by scene melodrama. Air’s 1998 debut Moon Safari encapsulated my formative teenage years as a new music obsessive with my head in the clouds, kindled my sense of idealism, and introduced me to the wide spectrum of electronic music.

It’s safe to say Sofia Coppola’s film The Virgin Suicides took up a large portion of my time in the year 2004. Based on the 1993 novel of the same name and released in 2000, the movie detailed the fictional American tragedy of a family’s demise. As teenagers realizing the complexities of the world, my sister and I (age 15) related to the Lisbon girls and their confusing post-industrial coming of age in Michigan suburbia. We dissected the characters at length, looking for any signal of their psychological distress, and dreamed up ways in which they could have been saved from their eventual suicides. I fell head over heels for the score. The haunting 70’s tinged effort by Air, whom I had never heard of, created an ominous filter which harnessed the juxtaposition of innocence and death. For my next birthday, I received an iPod. Their debut, Moon Safari, was one of my first digital music purchases.

It seems appropriate that my first experience with this album was digital. Though Moon Safari was released in 1998, I was but 9 years old, and certainly wasn’t sophisticated enough to have crossed paths with it then. The sleek, space-age aesthetics of their sound seemed more fit for my shiny silver iPod than the bulky red Walkman I’d utilized up until then. In my naivety, I had no knowledge of French music other than romanticized visions of the accordion and piano driven tunes from Amélie. Air, the duo of Jean-Benoit Dunckel and Nicolas Godin from Versailles, willed me to envision my future through the acronym from which their name originates: Amour, Imagination, Rêve.

‘Sexy Boy’ was featured in yet another beloved film of my adolescence, 10 Things I Hate About You, and it was the track I was initially most familiar with. There is an oddball humour in the pitch manipulated vocals by Dunckel and Godin, which sound nearly frothing at the mouth. Roughly translated, the central refrain sung in French is: “In their eyes dollars / In their smiles diamonds / Me too, one day I will be beautiful as a god”. ‘Sexy Boy’ is self-aware of its kitschy nature; the unmistakable guttural bassline pulses under a haze of various ethereal textures, with Air’s beloved Fender Rhodes floating in towards the end. The Rhodes was a major influence on the album’s overall mood, and this electric piano was a favourite among jazz musicians, particularly members of Miles Davis’ ensemble. It lends a smooth, glossy finish to every song it graces. ‘Sexy Boy’ stood out among the harsh breakbeats and dated pop trends of the era and remains timeless in its ability to ooze unrequited aphrodisia.

‘Kelly Watch the Stars’ struck me as a glimmering anthem of optimism, but perhaps it was just a song about a girl who is a ping-pong master as referenced in the music video. In truth, the track is a homage to Jaclyn Smith’s performance on Charlie’s Angels. ‘Kelly’ appeared as a whimsical take on ELO’s dramatic prog sensibilities, though considerably tighter and somehow more extra-terrestrial. It’s filled with lush melodies through a Solina string ensemble, xylophone tones, laser beaming synths, vocoded singing, and classical piano over driving percussion. Each listen offered a new audible discovery, tugging me into an alternate world that was somehow anchored in vintage sensibility but blasting head-on into future millenniums.

Beth Hirsch, whose celestial voice graces two tracks (‘All I Need’ and ‘You Make it Easy’) provided the only English sung lyrics on the LP. ‘All I Need’ is the quintessential lovestruck hymn, breathing into your heart with its gentle psychedelia and tenderness. The singer appears fragile with her speech nearly cracking during the peripheries of the ballad, yet soaring during the chorus to eternal ecstasy. Air’s ability to make me feel emotions I’d not yet experienced might have shaped the way I tend to idealize what love should be; in their world, all is bathed in a shimmer of unworldliness and constant magic. Likewise, the slinky bossa-nova segments of ‘You Make it Easy” only provoke more daydreams, wooing the listener into believing love should be at its core transparent and supernatural.

My unaffected mind was not able to draw the connections with Burt Bacharach, Serge Gainsbourg, or Jean Michel-Jarre at 16, so I instead constructed my own narratives. ‘New Star in the Sky’ had many of the same soft acoustic arrangements as ‘Playground Love’ and became a farewell song to a lost flame. ‘Talisman’ became a sinuous James Bond theme full of risk and stealth. ‘Ce matin-là’ was full of fresh springtime vigour, ideal for a grassy picnic on La Seine. ‘Le voyage de Pénélope’ carried a certain pastiche that I couldn’t quite put my finger on, with all its heady lounge funk. ‘Remember’ was a sort of alien signal, once again finding the band insistent on valuing nostalgia while propelling the human dilemma further into the cosmos with robotized charm.

The surprising champion of the album for me was ‘La femme d'argent’. At the time, I was enjoying the Holy Trinity of 2000’s indie kings The Strokes, The White Stripes and Interpol, as well as subsiding on a healthy listening dose of ‘Little’ Steven Van Zandt’s radio show Underground Garage. The murky groove of ‘The Silver Woman’ seemed to arise from an unknown dimension, the time-travelling sincerity hearkened to the forgotten treasures of 60’s and 70’s French Soul. I was not surprised to discover that Godin was recording demos backed by members of Parliament prior to the release of their first EP, Premiers Symptômes; they’ve even been known to cover ‘Maggot Brain’. I could get lost in the 7-minute anthem time and time again. When the moment came to choose a soundtrack for my first LSD voyage, it was no question that ‘La femme d'argent’ was exactly what I wanted to wash over me.

Moon Safari led me on forays into realms of music I could never imagine. It’s a true explorers soundtrack, revealing hints and shades of a multitude of styles and eras, retro gear and high-tech bravado. Somewhere along the way, I stumbled backwards through music history upon Jean Michel-Jarre, Gainsbourg, and Tangerine Dream because of Air. Adding to their cinematic repertoire, the duo imagined the score for the early 1900’s silent film Le Voyage dans la Lune, and were recently commissioned to provide ambience for the Open Museum project. Life feels more thrilling when lived through the lens of infinite possibility, and when the drudgery of normal reality sets in, I’ll always be able to turn to this record to lift me out of the mires and into the ethers of fascination.