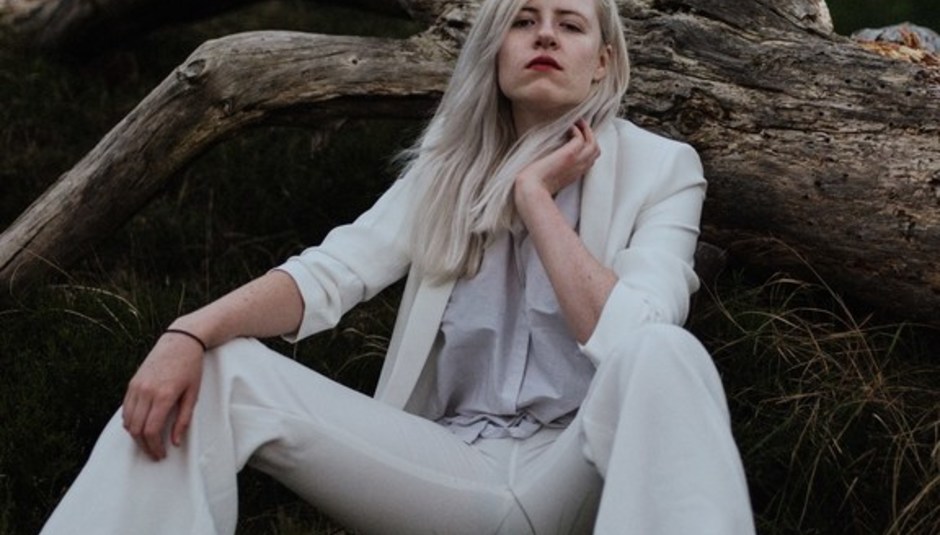 This weekend, Drowned In Sound are off to the Derbyshire countryside for the eleventh edition of Indietracks. Situated on the site of the Midland Railway in the village of Butterley, Indietracks runs from Friday 27 to Sunday 29 July and features one of the finest line-ups anywhere on the festival circuit this year.

So without further ado, here are the ten acts we're most looking forward to seeing this weekend...

We've been big champions of Annelotte De Graaf aka Amber Arcades since witnessing her performance at Eurosonic nearly three years ago. Debut album Fading Lines scored a perfect 10/10 on these very pages upon release, and with the eagerly anticipated follow-up European Heartbreak set for release in September, her headline set on the Indoor Stage is sure to be one of the finest to grace Indietracks for many a year.

Having formed in the West Yorkshire town of Wetherby nearly three decades ago, Boyracer went on to become one of the most popular acts on legendary independent Sarah Records towards the end of its lifespan. While band members came and went with alarming regularity, founder and songwriter in chief Stewart Anderson remained the only constant and ever since, has kept up a consistently impressive canon of lo-fi punk-pop that's awry in the context of a festival like Indietracks but relevant all the same.

A national institution if ever there were one, British Sea Power have become a band synonymous with events off the beaten track such as Indietracks. Instead preferring to focus outside of the commercially driven mainstream. Now in their eighteenth year of existence and with seven albums not to mention a host of singles and EPs under their belt, expect a greatest hits set that's certain to turn the Midland Railway Heritage Centre into party central come Saturday evening.

This DIY punk rock trio have emerged as one of the most exciting live acts on the planet in recent months. Having initially formed primarily as a performance art piece at Brighton University three years ago, they've created an array intense, socially aware and provocative anthems that challenge stereotypes and discriminatory behaviour while eliciting a riotous frenzy on the dancefloor.

Even As We Speak

Having formed in Sydney at the height of the C86 movement, this Australian outfit have gone on to become one of the scene's most legendary acts. Signed to Sarah Records in their halcyon years, Even As We Speak's debut from 1993 Feral Pop Frenzy is still highly regarded as one of indie-pop's most celebrated long players, and with new recordings just around the corner, their creative spark is far from burned out.

Gwenno Saunders has been making music in various guises for a number of years now, but it's her solo project that's set tongues wagging and ears melting. If 2014's debut Y Dydd Olaf provided a catalyst for her wares, this year's follow-up Le Kov was the icing on the cake. A concept album written entirely in the Cornish language that's both distinctive and melodic in equal measures.

Another band we've championed here at DiS for a number of years, and rightly so judging by their flawless output. Their experiments in sound have seen them share stages (and recording studios) with the likes of Public Service Broadcasting recently, while their lamp show is something entirely unique that everyone should experience at least once. Third album There Is No Elsewhere is due to land in September, and if lead single 'The More And Moreness' is anything to go by, might just be their finest body of work to date.

Formed in Hull but now based in London, Night Flowers have been making lo-fi punk-pop that bristles with emotion for the past five years. Comparisons to The Primitives, Standard Fare, and yes, Paramore, have ensured they've amassed a diverse following culminating in April's long-awaited debut Wild Notion, which comprises all the elements of their pulsating live show into one glorious ten-song package.

Having spent the first part of this year touring around Europe with Alvvays, it's a welcome return to the UK festival circuit for one of Scotland's hottest new bands. Last November's debut album Permo resided highly in many end of year "Best Of" lists and with new music set to come any day soon, its successor is already one of this year's most eagerly awaited. Championed by everyone from Stephen Pastel to Teenage Fanclub's Norman Blake, come and see what all the fuss is about here.

If there's one band that epitomizes the true ethos of DIY it has to be this duo. Hailing from Lancaster in Lancashire's industrial heartland, this husband and wife outfit channel the spirit of punk rock with a grittiness that's doused in irony yet also humorous in its delivery. They also happen to be one of the most hard working bands in the business and aren't averse to just setting up and playing impromptu sets anywhere and everywhere at any time. Most recent long player This Is Eggland has already received a wealth of critical acclaim that's seen their audience grow as a result, fully justifying their Friday night headline slot at Indietracks.

For more information on Indietracks including the full line up, schedule and where to purchase tickets, please visit the festival's official website.

“The recording industry itself needs ...