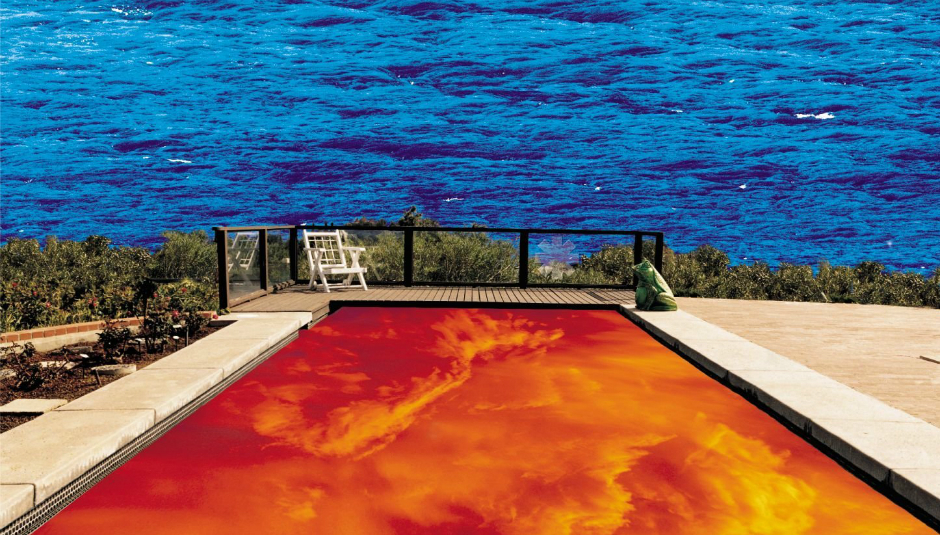 I should begin with the caveat that my sense of imposter syndrome is particularly acute writing about Californication: I’m not a die-hard Red Hot Chili Peppers fan; I wasn’t alive when their first three albums were released; I haven’t plumbed the back catalogues or given any of their subsequent albums much time. But this series celebrates albums that changed minds, and I can at least write confidently about how this one changed mine.

Let me paint a brief picture of Malvern, Worcestershire, where I grew up. It’s beautiful, hilly, and green, but it’s not exactly buzzing. Music and culture are there, but it’s more Elgar and Penelope Keith than electro and punk – more blue rinse than bluegrass. So imagine how fully my mind was blown when MTV2 came along and revealed what rock stars look like in California, all tattoos’n’tans, blood-soaked, half-naked and screaming, with eyes that seemed to have, y’know, ‘seen things’.

This was at a time when watching non-stop music video channels was still a legitimate pastime, and I feel so nostalgic for it. It’s hard not to sound like granddad at the fireside, mumbling slowly about how life used to be, when life was simpler – but it was simpler then, and new things had more impact because they were rarer, and were to be savoured.

The cover itself was a million miles from my world – a harsh vista in three tiers of decking, a pool of fire and the sea, all being baked by the sun. Sure. And when I saw the video for ‘Scar Tissue’ I didn’t know what to think. I was all at once fascinated, embarrassed, aroused, inspired. Without wanting to get too Spring Awakening on you here, it was revelatory.

How can you not be excited and disconcerted by the bass on opener ‘Around The World’? It’s like you’re being tested: are you sure you want to start listening? Do you want to join us? Have you got what it takes? But then the album softens, and that’s what set it apart from its predecessors; there was a tenderness, melancholy and thoughtfulness that had been lacking, or hidden, in other releases from the band. It’s what made Californication accessible to the 16.3 million people around the world who bought it; for teens at the time, it was a route into the band and, like me, a route into alternative rock generally. I haven’t met many people my age who didn’t listen to and love this album, even if their real tastes lay elsewhere.

It’s packed with great tunes – ‘Scar Tissue’ as I’ve mentioned, ‘Otherside’, ‘Californication’ – that you can greedily and gleefully enjoy side by side, unbelievably on the same record. But it was the weirder little ones that had me hooked. Hearing ‘Porcelain’ for the first time was like hearing Jeff Buckley’s cover ‘Be Your Husband’ for the first time; the sparsity and ballsiness of the instrumentation, how intimate it was and different from the rest of the songs. I cried the moment I heard it.

Then the strange funk of ‘I Like Dirt’ and ‘Purple Stain’ make you laugh and rewind (that’s what we did in the old days), double checking what you thought you heard. I was sure, aged 13, that my interpretation of the first verse of ‘Purple Stain’ – “To finger paint is not a sin/ I put my middle finger in/ Your monthly blood is what I win / I’m in your house now let me spin” – was wrong. But it wasn’t. And Kiedis sounds sexy when he sings it, too.

It’s perfect that it ends with ‘Road Trippin’’, a warm conspiratorial song about hitting America’s highways with your best friends and no plans: an adolescent’s dream. It typifies the whole of Californication; it’s inventive, daring, a little dangerous – and its glorious moments of vulnerability make it irresistible.