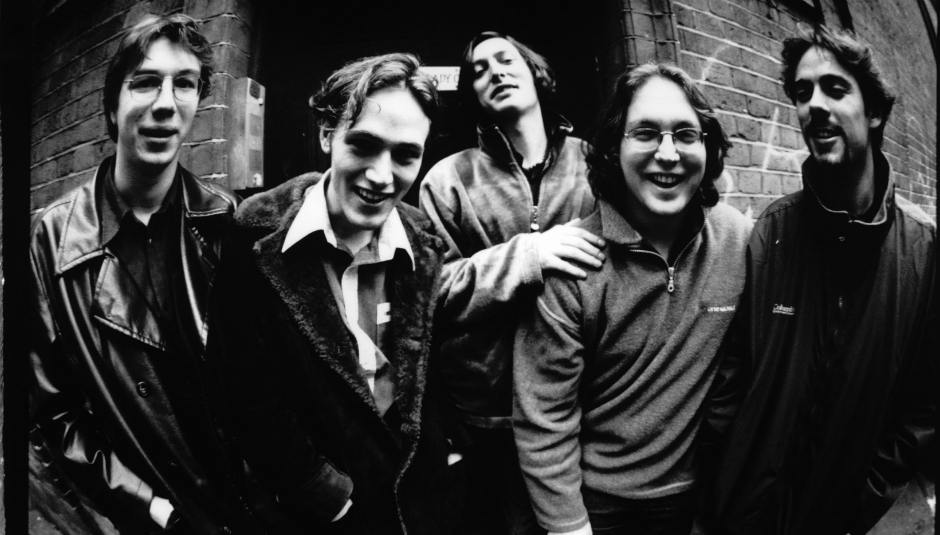 “The songs are literally about escape”: Gomez on Bring It On At 20

“The songs are literally about escape”: Gomez on Bring It On At 20

Twenty years after they launched their fine debut album onto an unsuspecting music scene, staggering towards the end of Britpop, Gomez are going on the road to tour the anniversary reissue. DiS spoke to Tom Gray, one of the band’s three singers, before the opening show in Brighton to discuss Bring It On, an album that has aged remarkably well.

DiS: It’s the 20th anniversary of Bring it On. You’ve obviously been pretty busy in the intervening period – does it really feel like 20 years?

Tom Gray: You know what, when we started making some of the songs that are on that record, I would have been only 17. I mean, does it make me feel old? Not really. It’s more like it reminds you of a feeling you had when you were younger. Playing those songs takes me back to a place. It doesn’t make me reflect on where I am now. I kind of feel like the music didn’t really belong to the time we made it in any way on some level. It’s not embarrassing for us stylistically or anything. It’s not like: “Oh god, this is cringe-worthy because it sounds so 90s.” It doesn’t really feel like that. It’s quite comforting actually.

Well, it’s a record that has aged very well. It was out of kilter with the music that surrounded it at the time. Do you recall it in that way, being very different to what was around you?

Oh yeah, we were very aware of that. The important thing is we weren’t creating the record for anyone, we were making it for ourselves. It’s very hard to talk to people, to younger people, about what music was like then. If you were into different stuff, you had to put a lot of time and effort into finding that stuff. I remember being really into Tim Buckley and Tom Waits in the mid-90s, more avant-garde American music. We had something different to everyone else, probably just from buying those records. So when it came to making music of our own, yeah we were very aware that it had nothing to do with anyone else. That was the joy in it. We were like: imagine a world in which we were influenced by what we were listening to!

When you were growing up, how were you consuming music? Were you an avid collector, a borrower, a taper?

I was always skint so I’d just go round to my mates’ house, their parents’ houses, rifle through their record collection and record everything. That’s what I was like, a total magpie. We had competitions – I remember it took about two years to find a copy of Starsailor by Tim Buckley. People may not remember that there was an album called Starsailor before the band, it was a really hard record – really hard to find.

We were big fans of Bone Machine by Tom Waits. We’d listen to early Paul Simon and Ween. A lot of Neil Young and Captain Beefheart. But then there was all the trip-hop stuff at the time that was influential too, DJ Shadow and Portishead. We listened to Red House Painters a good amount too, nicked quite a few chords from Kozelek. There was a brilliant compilation CD on Virgin called Crooning On Venus that we’d listen to endlessly, it introduced us to the likes of Arthur Russell whose records we immediately sought out. There was a cool crossing over point with Arthur and John Martyn’s work on Solid Air that I think appealed to our love of wonkiness. We listened to Spirit Of Eden by Talk Talk until I think I knew every beat. It’s weird to think that, back then, that record wasn’t particularly revered. Crazy really. It gives me hope.

Nowadays, with Spotify and streaming services and every song in the world at our fingertips, many people aren't arguably getting that immersive experience of finding music. I wonder whether you could imagine Gomez coming out of such an environment?

I’m not sure exactly. I think because we had to work so hard to find the stuff we liked, we cherished it enormously. Spotify has had the opposite effect on listening habits to what we might have hoped. The algorithms and playlists have, in fact, closed down the range of music people listen to.

I also think the importance of limitations upon creativity are often understated. Choice, it seems to me, leads to more choice, not better decisions. When you had to lump for one record over five others, you had to be certain it was the one. Similarly, when we made music on tape and had to commit to whatever decision we made in the moment, we were forced to be bold and sometimes silly. It both takes away control/choice but leads you to new, unexpected areas.

How was this exploratory approach to listening and finding albums reflected in your approach to making music? Was it as experimental and serendipitous?

Absolutely. That was exactly it. We’d find something wonderful and immediately, thoughtlessly, we’d start putting it into our music. Be that Dr John, John Cale, John Spencer Blues Explosion or whatever “John” fell upon us.

Back in 1998, a lot of the media coverage was kind of disbelieving, that a group of young men from the North of England could come up with such an authentically bluesy sound. What are your memories of the coverage, and how did you and the band react at the time?

Yeah, I kind of enjoyed the disbelief. They almost thought it was a conspiracy: there must be some svengali behind us or something. It was quite laughable. I think the old media liked to own what was happening, to sense their own part in the narrative and we couldn’t have upset that more. I think it made a lot of people uncomfortable that they couldn’t see us coming.

After the debut record, the press coverage changed to an extent. You went from being the next big thing to being rather unfairly maligned. Were you bothered? How conscious were you of the media's ability to blow bands up and let them down, at the time?

It’s not that I’m not bothered, it simply met my low expectations. It was the way it was done back then. Our third album In Our Gun was given to the dance editor at the NME to review: their ability to turn on you was amazing. They gave Bring It On at 9/10 review in 98, but by the mid-noughties, they’d written a revisionist review online saying how much they disliked the album. I had fun with them a year or two ago when they tweeted something crappy about “Who could possibly like Gomez?”, or words to that effect, and I replied with an image of our NME front cover. I think that kind of music journalism completely ate itself. I’m pretty much certain that most of them have only a vague idea about what our music really sounds like and are more disgusted by some assumed idea about what we represent. Considering we’ve made post-rock, indie, electronica, house, folk, progressive, country rock etc, most humans would be able to find something to love, or at least enjoy, in our catalogue. It’s very pleasing that so many musicians come and tell me how much Bring It On influenced them/gave them a direction. I wish they’d tell more journalists – haha!

You've spoken about the fact that you wrote Bring It On without any expectation or audience in mind. How has that freedom changed over the years? Do you remember having a vision for the record at the time of recording?

We did have a vision yes. We’d talk ad nauseum into the early hours about Revolver by The Beatles. Not that we wanted to sound like them; we wanted to make records in that way, to make one song distinct from another. No “sound” but one, erm, philosophy, I guess. Bring It On was definitely a manifesto of sorts.

As for later on, we’d set ourselves different challenges. In Our Gun was broadly an anti-war record, not that anyone noticed. Split The Difference was about decluttering our sound and rocking out. How We Operate was about becoming an American band. Half the band had moved there and we were working there all the time. It became our most successful US record. A New Tide was about headphones. It works brilliantly there. Whatever’s On Your Mind was an experiment in using cliché – actively using cliché instead of eschewing it. It was fun, but nothing we’ll repeat. None of it is [anything we’d repeat].

How do you feel about the 20th-anniversary reissue and tour, did you have any doubts?

Didn’t doubt it for a second. Universal said they were reissuing... I think we had one conversation and it was decided. It’s a simple pleasure, playing music you know is truly loved with people you love. It’s not brain surgery.

I think the music was always very untethered to its time and location. The songs are literally about escape. Get miles away. Nights on the town, driving off and sentimental flights of fancy to Mexico or some whisky-soaked remembrance. Hopefully, the music performs that trick to this day – takes everyone away, peels the glue from their shoes and puts stars in their eyes. It’s pure indulgence.

Has the success of Bring It On, the Mercury and so on, ever felt like an albatross in the UK? Other records have been more successful overseas, but in the UK, you're seemingly considered as a band very much of the late-90s era.

Haters gonna hate. Honestly, it doesn’t bother me. Does it bother The Hollies to be 60s? Or Tears For Fears to be 80s? Does any of it really matter? We’ll be whatever people decide we are. Admittedly, I think we could do with a reappraisal because, as I said earlier, I don’t think people really know what we’ve done, prejudice has been a problem, and I think we’ve done lots of cool stuff. I’d like people to hear it and enjoy it. That’s why we did it after all. Not many out-and-out experimental bands who’ve made it this far into their careers who are considered so awkwardly. A music journalist friend – a big, well-known one who will remain nameless – who I think was trying to be helpful, said to me: “If Gomez were an American band, you’d be revered and treasured, but, well, you’re not.”

The Deluxe Re-issue of Bring It On is out now via Universal. For more information about Gomez, including current and forthcoming tour dates in support of the release, please visit their official website.