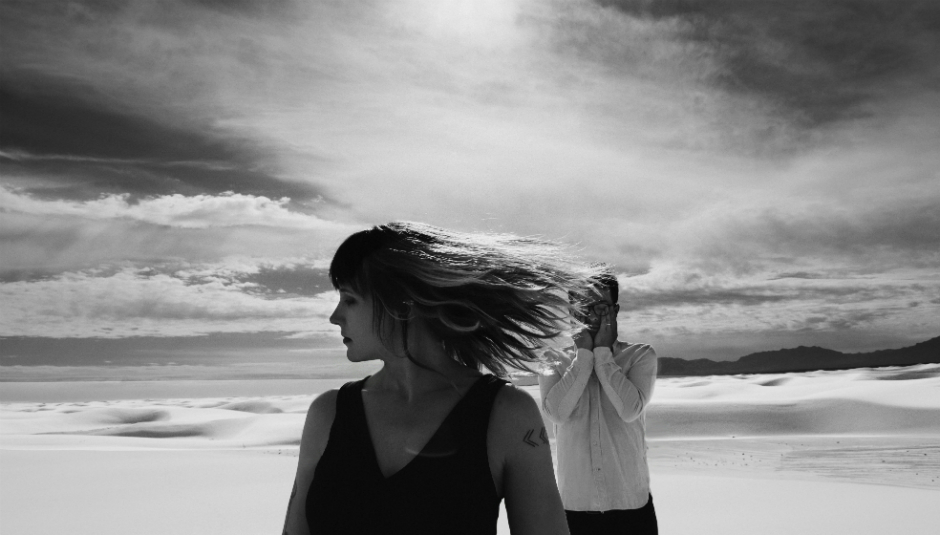 Wye Oak's Track By Track Guide to The Louder I Call, The Faster It Runs

Wye Oak's Track By Track Guide to The Louder I Call, The Faster It Runs

Wye Oak - one of DiS' favourite bands - have returned with one of their strongest albums to date. We got Jenn Wasner to talk us through the ideas behind each track.

This song is about separating your spirit and consciousness from your body, and the damage that does to our sense of self - a permanent rift that, for me, is deeply uncomfortable and constantly felt. And it's about people who are more invested in being SEEN as being something, as opposed to actually BEING something. No offense to anybody, but I happen to believe that if your internal compass is calibrated to need constant external approval, you’re kinda fucked, because there’s only so much of that out there, right? So I’ve done a lot of work to try to center my sense of self-worth squarely inside of me, which is good for my sanity but bad for my career. Don’t @ me (literally don’t, I probably won’t see it.)

The Louder I Call, The Faster It Runs:

This song is about the human tendency to need to find order in chaos, and to try to assign meaning to things that are most likely meaningless. Buried within the title is a double meaning, a sort of psychological litmus test. When I conceived of it, I thought of it as “I’m trapped in one place, but the more I call for help, the more likely it is that what I’m afraid of will find me.” But when I pitched it to Andy, his first reaction was “I want something, but the more I try to get it, the further away it gets from me.” The reason I like it so much is because both are totally accurate readings, and because together they represent a double-edged sword of two competing impulses that make it difficult to find any sort of peace with myself.

This one is about trying to find the will to continue to live in spite of overwhelming resistance. I had started it as a sort of encouragement or plea directed to someone close to me to try to rediscover the will to go on living. But somewhere along the way - unsurprisingly - it turned its gaze back around on me. It’s about going all-in on something (life? or something else?) after years of being half-in/half-out - safer, less risky, but in the long run, a foolish disservice to the true essence of being alive.

It Was Not Natural

This is a story about finding an object of uncertain origin whilst walking through the woods. Or, if you’d rather: it’s about exploring the space between the things that we are socialized to believe about ourselves, and the actual truth of our natures, for better and for worse. And it's about learning how to push the limits of the systems we’ve put in place to help ourselves make sense of chaos.

This is an angry song. It’s about how people are so goddamned incapable of holding a complex thought (or understanding a nuanced issue) that they rationalize themselves into believing something that is unjust and untrue.

The need to purify thought or intention - to avoid the discomfort of sitting in the grey area where truth often resides - can lead to these extreme, polarizing, damaging belief systems. In truth, we are all complex creatures with the potential to do both good and evil, despite our best intentions. But I worry that we seem to be losing the ability to hold these conflicts in the same space - with ourselves, and each other, and the world we’ve built for ourselves.

This is about how the human desire to explore and achieve and progress means that we are more isolated from each other than we have ever been. In the not-so-distant past, the people that I would have interacted with throughout the course of my life would have been whomever ended up in my immediate proximity. But now it’s possible to form deep, meaningful connections without being in the same physical space. And that’s a beautiful thing, but it’s also overwhelming and deeply sad, sometimes. So I guess, above all, it’s sort of a song about mourning the loss of proximity to the people I love that are scattered all over the globe.

This song is about being on a plane, and thinking about life on a grand scale, and the minutia of all of our lives, and how it basically doesn’t add up to much of anything. (Especially from above.)

This song is about being unable to stop watching videos on the internet of violence and destruction - about how fucking crazy it is that people are fighting and dying and I can just sit and watch it all happen from the comfort of my bed. And about how that separation has made it seem like real things that need real attention are just distant stories that have nothing to do with us.

You Of All People

This one is me trying to decide whether the mood swings I go through should be trusted - whether they are trying to send some kind of important message, or whether they’re just a bunch of molecules bouncing around in my brain at random. And it’s about deciding to trust someone outside of yourself when you feel like you can’t trust your own brain.

This song is about needing to feel connected to another person after a weird, long, sad day wandering around your house by yourself. About how some days are just a fucking wash. But one thing I have (fortunately, hopefully) learned is that sometimes you are just going to feel bad, and it doesn’t mean you’re doing something wrong. Like, you don’t have to just burn your entire life to the ground every time you feel that way. Maybe just get somebody to give you a hug, or eat a sandwich or something. Ride the wave.

This song is about the need to find a sense of self, a set of core beliefs that you cling to like a raft and can’t be shaken from. With so much information constantly competing for everyone’s attention, it’s never been more important to find that sense of peace and self-worth inside of yourself, for you and you alone. So I guess it’s about how a sense of self-love and a well-aligned internal compass can save you from getting washed away in an ocean of bullshit.

The Louder I Call, The Faster It Runs is out now via Merge Records. Read the DiS 9/10 review here. For more information about *Wye Oak, please visit their official website.