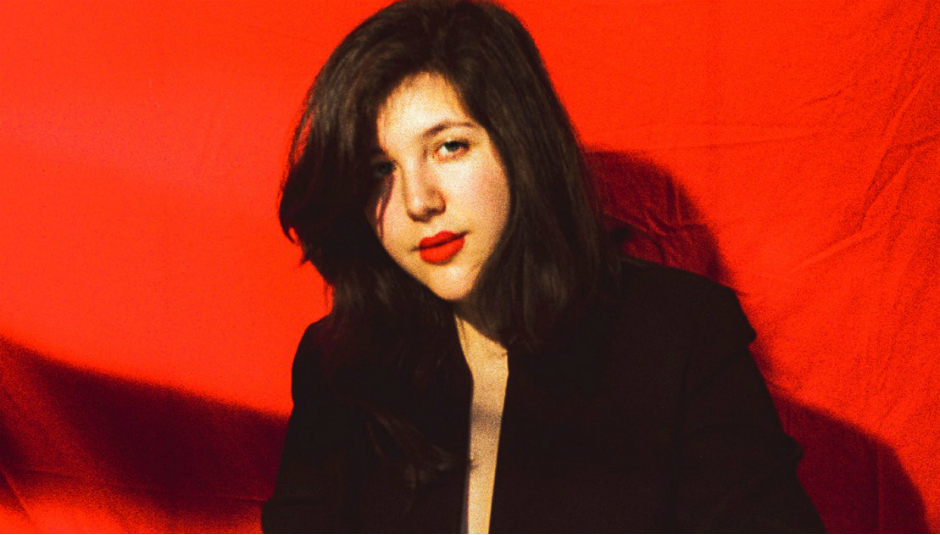 Historian is a special album. Its layers reveal itself upon repeated listens. Where the energetic and ascerbic 'Nightshift' might be the first thing that draws attention, rightly lauded as it has already been by NPR as “one of 2018's great songs', when delved into in greater detail, what’s revealed is something far more nuanced and, dare we say it, deep. Faced with what, for many people as well as her, was a trying and traumatic year, Lucy Dacus found solace in crafting a thoughtful narrative arc for Historian, writing a concept album about cautious optimism in the face of adversity, with thematic links between songs that reveal themselves on repeat listens. “It starts out dark and ends hopeful, but it gets darker in between; it goes to the deepest, darkest, place and then breaks,” she explains. Set to return to the UK for a run of April shows, DiS thought it was about time to check in.

DiS: The sound of the new album is beautifully textured. What did you set out to do in the studio to attain such a powerful sound?

Lucy Dacus: I tend to refer to the content in order to decide tones. If the lyrics are withdrawn or confessional, we steer towards warm. If the song is angry or frustrated or anxious, we bring in distortion. Also Collin, our producer, is very attentive to contrast. He likes to make sure each sound takes up it's own space.

What do you hope the impact of the album will be?

I try not to hope too much since it's impact is now out of my hands now that I've finished making it, but I guess my greatest wish for the record would be that it provides solace for people who need it. It isn't easy content, but I hope that hope comes through.

You’ve said that ‘Next Of Kin’ tackles some deep stuff – as the rest of the record does. How are you doing at the moment? Do you find articulating your feelings and doing so at high volume and intensity is a helpful part of your life these days?

I'm doing great, and I was at my best when I wrote ‘Next Of Kin’ too. It's a rare moment to feel totally at peace with one's death, as the chorus says. Being able to sing that song every night and remind myself that I have felt that way before is a comfort that I can always return to that state of mind.

I’ve always loved John Congleton’s mixing. What do you think he brought to this project?

I can hear John very distinctly on the record. I think the vocal treatment (or lack of treatment, really) contains a lot of his taste. He also brought out all the gritty parts and pushed the songs into badass territory. One really nice thing about working with him was that whenever Jacob (our guitarist and co-producer) and I got caught up on a decision, John would remind us that either way, it wouldn't make the song better or worse.

What’s your favourite song on the album and why?

Today, my favourite is ‘The Shell’. It's fun to play, it's sonically different and darker than any of the other songs, the lyrics felt good to write, and I get to use my new fun reverb/delay pedal which makes me feel like I've development as a guitar player.

What’s the one question you’re never asked in interviews but wish you were?

No one has ever asked about my first songs. People ask about my beginnings as a musician, but they don't ask about what I originally wrote about. I love asking songwriters about this.

We plainly missed an opportunity here. It'd be trashy to ask now! Moving on, what’s your favourite current record to listen to for pleasure?

I love the recent album by Lomelda. I remember trying to book a show with them in their hometown in Texas years ago before either of us were on labels. I didn't even have music out. It didn't come together, but I've been a fan ever since I found them on Bandcamp all those years ago.

Your rise has been pretty meteoric. Do you have any idea where it could take you next?

Not really. I've already gone farther than I expected to go. And I like that I don't know what's next.

Is there anyone you’ve not worked with yet that you’d like to?

You know, I'm really happy with the team I have, but I did recently listen to the Song Exploder episode with Maggie Rogers and I think I'd probably enjoy writing with her. Maybe not songs that either of us will play, but it resonated with me that Alaska felt unexpected and more pop than her past would've indicated. I've been enjoying writing songs recently that feel like they belong to someone else. It's a fun exercise and Maggie seemed to have an open and inviting studio mentality.

What brings you the most joy in life?

Spending time with people that know me. I interact with a lot of strangers on tour, so people that truly know me are invaluable these days. Though I guess that has always been true. There's just a starter contrast now.

Historian is out now via Matador Records. Read the DiS 9/10 review here. For more information about Lucy Dacus, including forthcoming UK tour dates in April, please visit her official website.

Constantly On A Tear: Rocket Recordin...