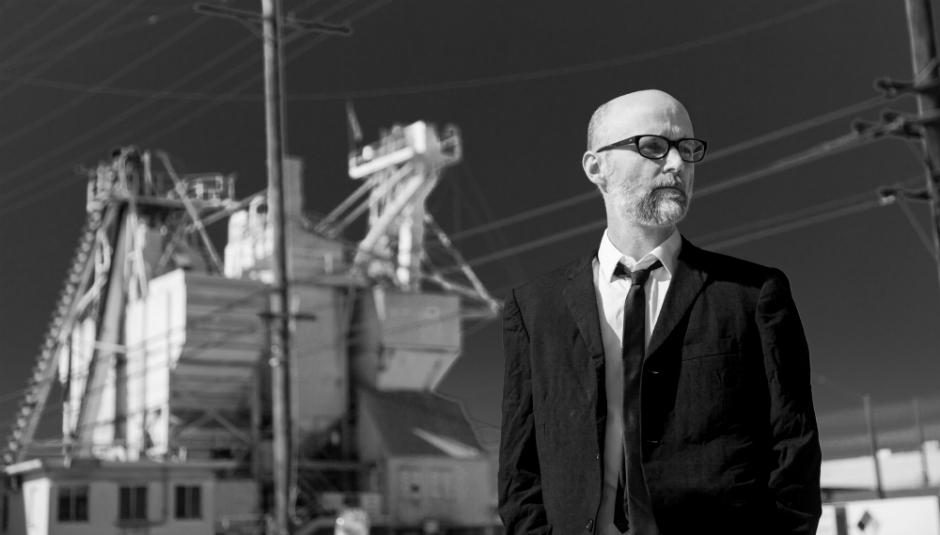 Two minutes and thirty-six seconds into our phone conversation and Moby says the words I was trying to avoid, for fear of re-hashing the point: “I'm a sober, middle-aged guy,” he tells me, prefacing his sleep schedule, which currently holds at 10pm to 5am.

It’s not that middle-age is boring, or that being sober denies a musician anything at all – far from it – but that for the last decade, interviews with the 52-year-old electronic musician and producer, born Richard Melville Hall, have centred around his sobriety, and I’d like to move beyond that. Moby is fifteen studio albums deep, and the story of his party days in the late nineties, fuelled by oceans of alcohol, drugs, raves, and questionable sex, all detailed in his 2016 memoir Porcelain, is well-known. It’s well-known and worn-out.

I don’t need Moby to tell me that he’s sober now any more than I need him to tell me that he’s a committed vegan and animal rights supporter. I want to talk about his music, about new record Everything Was Beautiful, And Nothing Hurt, which will appear on Little Idiot this Friday, but Moby seems less keen to speak in such plain terms. “I hate using the word 'professionally' because at this point in my life I don't see myself as being a professional musician,” he says. “I don't like to think of music as a career, because that just makes me sad, and cheapens it. The idea that music or any art is a means to a commercial end, that someone would use music as a tool to get things, is so depressing.”

But Moby is a musician – that cannot be disputed. And would he be sitting in an LA home large enough to house a well-equipped home studio if he hadn’t licensed every single track from 1999’s Play for advertising or films? He sighs. “Even after the success of the album Play, I did, to my great shame, spend a few years trying to be more famous, and trying to make more money, and trying to have more material success. Luckily it didn’t work out. Record sales started going down, I started selling fewer tickets, I started getting bad reviews. At the time I hated it – I wanted more fame. Obviously, it’s a much easier thing to say in hindsight – and I hope I’m being honest – but I’m so glad my efforts to be a conventional materialistic popstar didn’t work out.”

Moby may be speaking humbly now – “I just know that I'm really happy to not be a part of that,” he concludes – but I’m keen to see this as an admission of age and maturity, as he speaks from a position of privilege and comparative comfort. Maybe Moby’s strong identification with middle age is more relevant than my instinct led me to believe. By any means, “conventional materialistic popstar” doesn’t seem a label that would ever have hugely suited the Harlem-born musician. Despite the optimistic title, Everything Was Beautiful, And Nothing Hurt is no album of sanctity, and that much is clear just from its track titles. Single ‘Like a Motherless Child’ ebbs with a gnarly rock bass and glistening percussion, while ‘Welcome To Hard Times’ begins swathed in discomfort and uneasiness. The record is just as saturated in vocal samples as his previous works, leaning heavily on gospel influences and a techno back-beat which chimes its way through ominous cycles of anguish. It’s dark and gritty, with few moments of relief amidst this darkness. Moby’s sample-heavy method is a form of collaboration, but it’s solitary work.

He works in the studio room set up next to the bedroom he sleeps in. It’s become an “odd sort of integrated home-work situation, where I can work on music while I’m boiling spaghetti. And then you go and you eat spaghetti, and you read a book, and you walk back and thirty seconds later you're in your bedroom working on music.” This leaves him without any sort of commute, or thinking time on the way to and from a studio. On professional terms, he rarely need leave his house at all. But Everything Was Beautiful, And Nothing Hurt has somehow still come to be so outward-looking. Moby says that’s absolutely unavoidable.

“Music has the ability to express the ineffable, by definition, in ways that other media and other forms of expression can't, and living in the early 21st-century, I feel like we don't have the luxury to hide behind self-involvement and provincialism and cynicism and irony. The world is teetering on the edge of apocalypse. Looking at this world at the edge of catastrophe, there are a lot of different ways to address the problems.”

He suggests we look at political systems, socio-economic systems, religious systems, or – “the thing that underpins all of them” – who we are as humans. “The music on this record, and the themes of the record, whether overt or subtle, are looking at that question: who are we as a species? Who are we as humans? And there's almost an existential subtext there as well.”

Easily, he slips into his ‘philosophy grad’ voice – philosophy was his college major, after all, and in the eighties he absolutely did imagine that his life would be spent as a philosophy professor, making electronic music that no-one would listen to – so he just can’t help himself. “Underpinning everything that we do is both our evolutionary heritage, and also the fact that we are confronted with this vast existential void. We don’t know if our lives have meaning or significance, and we all age, and we get sick, and we die, with no reassurance at all. So many of our actions are in relation to that void – either pretending it doesn’t exist, or filling it with religion, or materialism, or culture, or debauchery.”

At different times Moby has filled his void with all of these things. The materialism and debauchery have faded, of course, and, despite an interest in Christianity in his youth, now he says “I’m not a religious person.” What is left is culture, and that’s something for which he’s expected to fight. He recently sat on a panel discussing brand development in the digital era. “I don’t know why I was on this stupid panel. Throughout the whole time I said nothing because the whole thing made me feel dirty,” he says, and I can almost hear him squirm down the phone line. “Then at one point, they forced me to speak because they were talking about diversified revenue stream and monetising brands in the digital age. The subtext for everything they were talking about was the idea that making money from art was their goal. All I said was ‘What could you ever buy that is more beautiful or better than listening to David Bowie’s ‘Heroes’?’ They were baffled – their response was that they thought everything was better than that.”

Of course, it would come down to a song. Moby has chosen to fill his void with music – for him, the most emotional of all art forms. But “there are profoundly emotional Instagram posts too,” he tells me, and I don’t doubt him. Besides, “Music has actually never existed. All music is is little bitty air molecules hitting our ears a little bit differently than they otherwise would. There has never been any sort of weight or physicality to music, but yet it makes people cry, and dance, and stand in stadiums with 100,000 other people, jumping up and down. That really fascinates me: that we've dedicated our lives to pushing air around.”

Everything Was Beautiful, And Nothing Hurt is out on 2 March via Little Idiot. For more information about Moby, please visit his official website.

Into The Shadows: DiS Meets Fabrizio ...

Nobody Said It Was Easy: DiS Meets Ci...