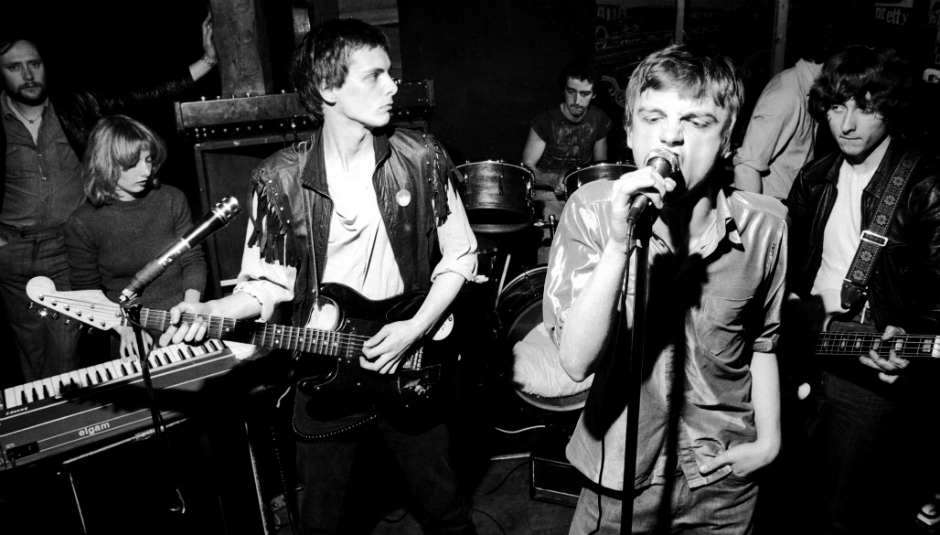 “Never felt better in my life”: Reflecting on the Sanity-Inducing Insanity of The Fall

“Never felt better in my life”: Reflecting on the Sanity-Inducing Insanity of The Fall

I fell in love listening to The Fall because they were my then girlfriend’s favourite band and because, fool that I was, I hadn’t got hooked on them earlier. Mark E. Smith, delightfully contrary as he was, would probably choke on his pint at such an assertion, but it’s true. The first time I heard Hex Enduction Hour is carved into my brain. I was sitting on her mattress, which was on the floor of a drafty, street-facing bedroom in a shared house next to a takeaway on Heslington Road. I remember being particularly captivated by the bassline of ‘Who Makes the Nazis?’ and the fade-out/fade-in of ‘Winter (Hostel-Maxi)’ and ‘Winter 2’. We were probably drinking from cans of Oranjeboom, which was the cheapest drinkable lager available at the corner shop two doors down. A couple of weeks ago I walked down Heslington Road for the first time in a year or more. The corner shop is not a corner shop anymore. It’s a hairdresser’s. I felt an overwhelming sense of nostalgia at that point; or was it loss? Either way, I put Hex Enduction Hour on once I got a seat on the train home to Leeds.

Many of the tribute pieces I’ve read to Mark E. Smith over the past couple of days have spoken about how he didn’t write love songs. That much is true but, for a couple of years at least, it seemed to me as if The Fall perfectly captured the strange version of sanity that is “being in love”. The cliché about the band was, of course, John Peel’s famous declaration that they were “always different, always the same”. Well, at least to my mind, that’s exactly what the day-to-day of being in love is like. After all, what is emotional attachment if not a constant process of reassessment of the raw materials, a sometimes weary, sometimes viscerally thrilling, process of trying to differentiate what is the same and trying to smooth out what is different? I don’t want to claim that, secretly, Smith was a romantic all along (“I destroy romantics, actors”), but the man’s insights into the world were strangely universal, and the best of The Fall made an adept accompaniment for any number of aspects of this tempestuous two years.

She and I went to see The Fall together once, at a then recently (and badly) renovated Fibbers. The place had always been one of those venues that seemed purposely designed so as to prevent attendees having anything even remotely resembling a decent view, but on this occasion, it was so packed to the rafters that moving between the bar and the steps down to the floor proper was beyond us. So we did as MES probably would have done: we stayed near the bar. I originally blamed this for how little I enjoyed the gig. In hindsight, however, I’m more inclined to believe that maybe it was just a bad show. There’s something oddly appealing about the MES stage persona of recent years (a persona which, of course, largely involved his being off stage), but it seems perfectly reasonable to admit that it doesn’t always work.

Perhaps because of my mixed feelings about that night, perhaps because it seemed like such a momentous event in a relationship that – ultimately – died slowly in a haze of non-communication and disappointing pints of bitter, I associate this show with the end of the relationship. This is totally erroneous. We didn’t break up until around a year later, but memory is a funny thing. At some point in the years since we parted ways it felt important to me to connect the demise of our relationship to The Fall, as if I had to make sense of a tangled web of events and feelings through Smith’s uniquely knotty “pulp modernism” (to use the late Mark Fisher’s term).

Since that relationship came to a close, The Fall have continued to help me work through various aspects of my life. During one starkly depressing week living in London last year, I listened to all seven hours of The Complete Peel Sessions over seven nights on the 23 bus to Westbourne Park. Smith’s unmistakable rasp made even the soul-sapping slow crawls down Oxford Street bearable. If one took the work of The Fall as a roadmap for life, then one would probably be hopelessly lost. But isn’t that the point? The Fall’s music was an unhinged series of contradictions that reflected all the messiness of life. It won’t make quite as much sense without them. Cheers Mark, cheers for everything.

Your playlist guide to Independent Ve...

"We love writing music more than ever...