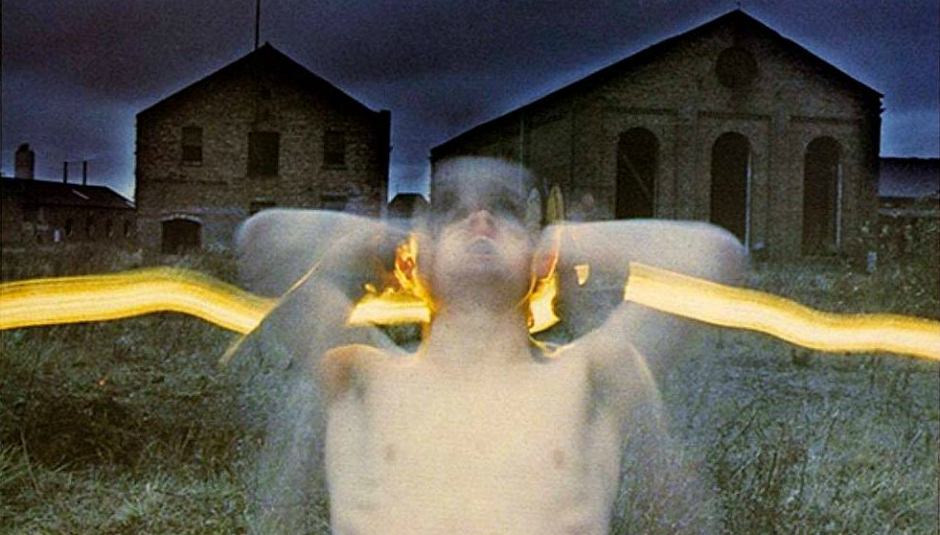 When it was released via Ivo Watts-Russell and Peter Kent's new-fangled 4AD label back in early September 1982, Garlands by recently-formed Scottish trio Cocteau Twins couldn’t have felt further removed from the anodyne pop cartelizing the upper end of the UK charts. With punk long dead in the water, New Wave buckling at its knees and the likes of Duran Duran and Dexy’s Midnight Runners proving as pervasive as E.T. hype and ra-ra skirts, guitarist Robin Guthrie, bassist Will Heggie, 17-year-old vocalist Elizabeth Fraser and a Roland TR-808 drum machine got together to forge an anxious and darkly debut album that doubled up as the relentlessly oppressive antithesis to ‘Come On Eileen’ and Simon Le Bloody Bon.

With Bauhaus, The Cure and Siouxsie and and the Banshees hitting their respective stride, all while brilliantly deforming the lines that divvied the ever-changing realms of gothic rock and straight-up post-punk, relative late-comers to the scene Cocteau Twins took to Blackwing Studios in South-East London (a complex housed within a deconsecrated church, no less) to dredge their own murky waters. Despite being a band that weren’t as much finding their feet as having to quickly locate their collective lower limbs, Guthrie, Heggie and Fraser entered the studio all but tabula rasa, spending seven days channeling an eight-track masterstroke that confined within its winding 35 minutes enough stifling doom and inexplicable power to match the most exalted works of their aforementioned – considerably more established – peers.

From the moment the tight, descending dread of opener ‘Blood Bitch’ skulks into view, one is thrust into an Orpheus-like netherworld totally at odds with the proto-shoegaze dream-pop that the band would soon become best known for. Whether you look to ‘Wax & Wane’ – an early peak akin to bearing witness to The Cure jamming in a vast cathedral – to the cloistered purge of 'But I'm Not', Garlands is a perfectly grim trudge through a swamp of dense textures and unremitting unease. At the beating heart of that is Will Heggie, whose thick bass lines prowl and rumble throughout the release, each minor inversion as blood-lustful as the next. Although he left the band before they recorded the majestic Head Over Heels, Heggie – paired with a slew of stark and metronomic 808 beats – demarcates the tone of and drives the debut’s claustrophobic aesthetic forth with an air of authority akin to, say, Jah Wobble of Public Image Ltd. on Metal Box. Heggie’s dark dent on Garlands can’t be overstated.

But somewhere between that simple yet potent rhythm section and Robin Guthrie's searing, effects-drenched guitar patterns, the lonely glossolalia of Elizabeth Fraser still takes centre-stage, from ‘Blood Bitch’ right up until the album’s closer and outright nihilistic peak, ‘Grail Overfloweth’. With Garlands proving one of the only Cocteau Twins releases where the vocalist employs actual lyrics, she weaves darkly, melodious code throughout the album, each brittle, unknowable phrase bounding with a sense of import masterfully resistant to decryption. As with her fully impassable heyday to come, Fraser’s vocals stemmed from the unknown. As she told Alternative Press back in 1995, "Like, if I'm 17 and I don't even know when I'm hungry, am I tired, have I had any sleep – if you don't even know that, then how can you talk about lyrics that come from such an unconscious place? I always said 'I don't know', and I didn't." Whilst more legible than her later vocal work in Cocteau Twins and beyond, it’s this vivid unknowing – this open-handed naïveté – that distils the spirit of Garlands.

Having peaked in the UK Independent Top Five thanks to receiving support from John Peel on his BBC Radio 1 show, Garlands proved to be one of the most successful independent recordings of 1982. With the band touring extensively in support of the album in support of The Birthday Party and Modern English, NME readers would later vote it among the best albums of the year – a notable feat by any band’s standards; fledging, fully-fledged or otherwise. While far from resembling the spectral loveliness that they would hone and master later on, it remains an equal parts majestic and enigmatic release – anomalous, yes, but fiercely so. On paper, Garlands probably shouldn't work, but that’s precisely why it does. 35 years on, it’s clear that it’s within those tentative moments and duskier corners that Cocteau Twins were born.

Balmorhea's Track By Track Guide to ...