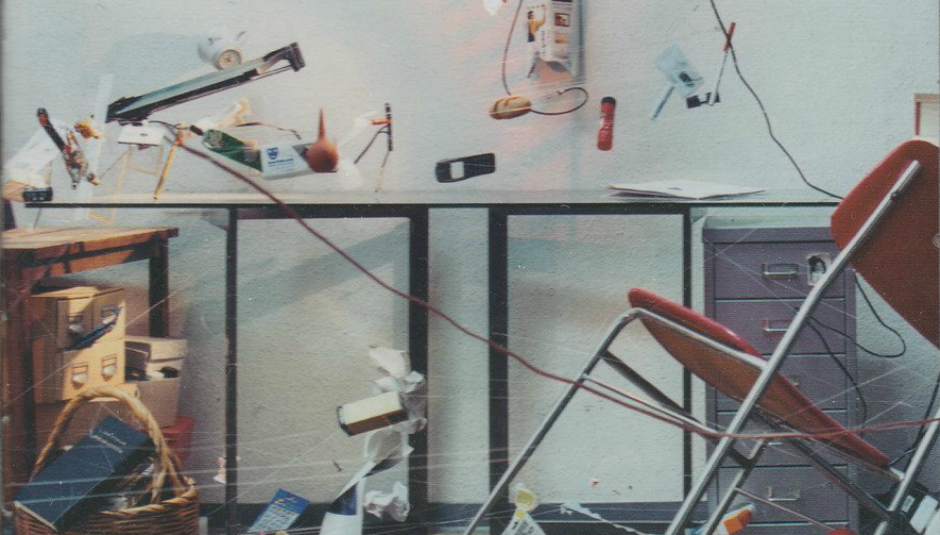 I strongly believe that each person owes a great debt to the music they listened to as a teenager. For so many people, music acts as a backing track to life's chapters, songs linking like invisible balloon strings to the specific and personal memories we each keep. Fractured Life by Air Traffic came out ten years ago when I was 13. In the decade since the songs on it have evolved in meaning and importance on each listen. Of course, all the music we get attached to across our lives is important in its own way, but nothing quite matches that feeling you get when you’re listening to a song you’ve loved for years and you suddenly relate to it in a new sphere, realising that things that have happened in your life have enabled you to understand that particular song in a new way.

The great anti-climax of Air Traffic’s lack of commercial success is something which I’ve spent time thinking about. After seven years on hiatus, the band announced an anniversary tour earlier this year, although it’s unclear whether they’ll be releasing any more music in the future. Back in 2007, the band was starting to get the right attention from the right people, but it seemed that something was against them. It’s hard not to think about what could have been if they’d carried on, but their debut is filled with passion and emotional poignance, covering a huge spectrum of thoughts with superb musicianship. It is, perhaps, too good to justify any complaints about Air Traffic’s otherwise compact discography.

For the first ten seconds, opening track ‘Just Abuse Me’, fools you into thinking you’re listening to musical theatre, until the simple piano chords are joined by guitars adding depth. With a narrative of the sudden, conflicting feelings of falling for someone without being confident in their character, mixed with the major musical key, it makes it hard to know whether to be happy or sad while listening to this song. And like the start of a musical, the song is a good indicator of what is to come; it acts as a great introduction. There’s a lot going on in the background while the band makes it seem effortless; the chorus doesn’t rhyme at all and I love that you don’t really notice this until you really concentrate. There’s a strong, almost calculated refusal to conform to a more straightforward, traditional form of song structure.

‘Charlotte’ was one of the band’s bigger songs at the time, and you can certainly see why from the get-go. Slick, well-oiled guitar playing and boundless enthusiasm encase the track, and like the one before it, it runs very fast at 2:24, a quick, sharp burst of energy. Lyrically simple yet powerful, the band employs a "show not tell" method that combines the excitement of falling in love with the fear and vulnerability which comes along with it. It's a little on the heavier side relative to their other tracks, and will no doubt be one of their best in a live setting.

‘Shooting Star’ is easily the band’s best-known song, and I can recall the very first time I heard it with clarity; it grips you unshakeably on first listen, and it’s easy to see why it was the song that lifted Air Traffic into the public eye. It’s practically stamped with the words "arena" and "festival headliner", and it’s almost too cruel that the name ‘Shooting Star’ is somewhat representative of Air Traffic’s career as a whole. The track could be easily dismissed as a mundane love song, structured a little like ‘Yellow’ by Coldplay, arguably unchallenging. But the song has a lot more depth, starting quietly and building with layer upon layer until it reaches the chorus, where Chris Wall’s voice soars effortlessly over intense and tumultuous guitars. Drawing the listener through a roller coaster of a song, ‘Shooting Star’ is deceptively powerful through its simplicity.

‘No More Running Away’ is possibly my favourite, continuing in the vein of ‘Shooting Star’ in its impassioned temperament. Opening with tribal drums, the song appears calm on the surface, but bubbles with fervour underneath. The piano backing is quiet and unassuming, and gathers pace against teenage (and maybe also twenty-something), angst-ridden lyrics. “We’re out of luck this time / We’ve fallen apart” is the repeating refrain, initially sung so calmly that it’s hard to grasp the words’ depth and sadness until later in the song. To swing from the energy of ‘Charlotte’ to ‘No More Running Away’s controlled calamity in less than two songs makes Air Traffic masterful empathisers, embracing the wide expanse of emotions but with the ability to switch on and off within the space of a heartbeat.

The album rotates in direction again towards the end with a trio of songs which echo the lively infectiousness of ‘Charlotte’. The best is ‘Never Even Told Me Her Name’. That semi-theatrical piano playing is a welcome feature in the intro again before the song descends into a fast conversational update on Suzy, the “Glad-rag clad clown runaround / Never even told me her name / But I found it in a half-burnt, pin up Polaroid, smiling through the wall at her place.” Densely populated and busy in comparison to the others, it's an intriguing, experimental foray into new pastures, a glimmer of what might have been for the band if they had released a second album.

But the main quality that makes Fractured Life such an influential album for me is its searing honesty, and refusal to compromise on its moving highs and lows. Tracks like ‘Time Goes By’ and ‘I Can’t Understand’ are a metaphorical kick to the stomach, such is their rawness and intensity. But far from making the listener sadder, songs like these are designed as a comfort and solace to navigating the sometimes confusing pathways of life. The final song, the title track, summarises this beautifully as a liberating and uplifting finish. ‘Your Fractured Life’, like many of their songs, starts quietly before building to a frenzy of pure feeling, but it’s a method that works, time after time.

This album may not be a lyrical masterpiece; the lyrics are good, there’s no denying that, but for me, this facet is normally the be-all-and-end-all. Uncomplicated narrative and expression, combined with exceptionally passionate delivery, make this album come alive with an unsurpassed level of fervour. Everyone has an album (or several) where each song has woven its way into the fabric of their lives and memories, and this is certainly one of those. At times solemn and reflective, quickly transforming into a firecracker of energy and excitement, these facets come together to make one cohesive whole. I absolutely cannot wait to (finally) see it played live.

A Shining Example: DiS Does Pohoda 2017