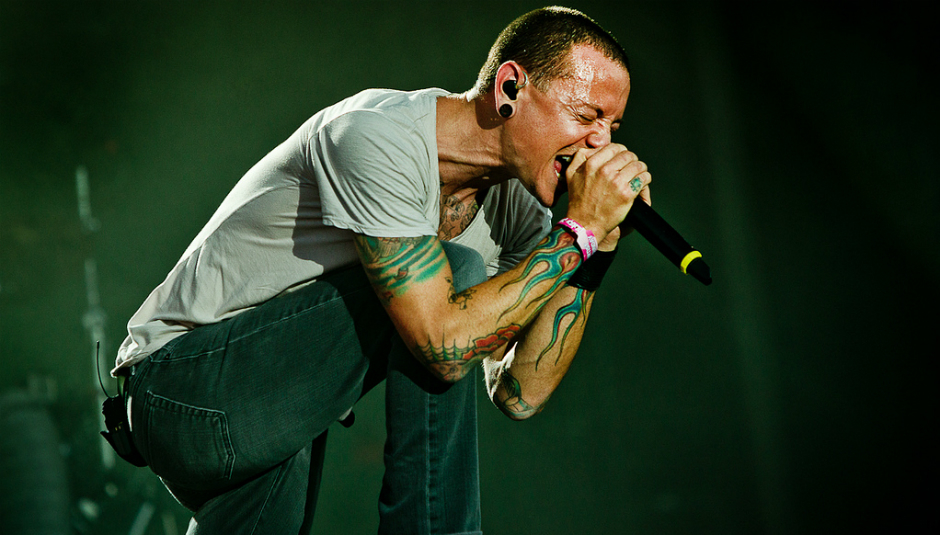 And In The End, It Mattered… The Raw Power Of Chester Bennington

And In The End, It Mattered… The Raw Power Of Chester Bennington

I find it odd, for whatever reason, that it’s been almost two decades since I first heard the scratching and screaming of Linkin Park. I’m 16, sitting in the kitchen of a house that was always welcoming yet never comfortable. My best friend was there, though today we’re barely acquaintances. That’s okay, though, that’s life.

In that cold room, tuned into the tail end of a pretty ramshackle music chart show countdown, a singular voice roared out, an unusually commanding preview of a new song. The 30 seconds that followed were a certain kind of gold dust because if you blinked, you missed it, and that was it. ‘Lincoln Park’, as the television presented them, made enough of an impression with a glimpse of ‘One Step Closer’ for me to do my utmost to track them down.

And so it was that I bought my first ever music magazine when they graced the cover, having previously raided my brother’s dedicated stash of NME and Q. In place of those standard-bearers - Kerrang!, itself the springboard to properly caring about bands and albums and those responsible for them. Some grew up with guidance that led them to The Beatles, Led Zeppelin, Bob Dylan et al… me? Limp Bizkit, KoRn, Slipknot, and the whole nu metal brigade pointed my way forward.

I don’t regret the path, and I won’t ever shy away from it. Your formative years are your formative years, and they define your tastes for better and for worse. Nobody is here to make a case for that genre as some kind of misunderstood savant undertaking – okay, maybe somebody will and I’ll probably support them – just as nobody should dig unwieldy revisionist trenches to suddenly pronounce Linkin Park as an endlessly compelling and transcendent masterpiece… but let’s give the devil his due, shall we?

And let us ultimately focus on the late Chester Bennington. Start with the obvious – the voice; a pitch 100 times more emphatic a statement than the signature twin flames inked on the man’s wrists. All due respect to his partner in rhyme Mike Shinoda, but you feel like even he would admit he was playing catch-up from day one.

Bennington was no profound poet, and he never really needed to be. With debut offering Hybrid Theory, his raw anguish burrowed into the uneasy mindsets of boys and girls a decade or more his junior, and it never once felt didactic or condescending. It wasn’t a cynical attempt to connect; he simply punched through. Accusations and detractions of manufacturing and commercial disassociation failed to distort the signal. To put it bluntly, Hybrid Theory was fucking awesome.

In many respects, it still is. A determinedly arresting listen, the album barely wastes an exasperated breath, constantly moving forward as a kinetic, communal barrage. Almost 17 years on, it holds up as a nostalgia-fuelled throwback, a notable document of the time – it’s worth noting that Hybrid Theory was a phenomenal success, notching up over 30 million sales to date – and as a fiercely committed aggressive narrative.

A survivor of significant childhood trauma, Bennington quite clearly manifested and exorcised demons through his art, and while many have critiqued famous refrains from the likes of ‘Papercut’, ‘Crawling’, and ‘In The End’ for a wholesale lack of subtlety, they stand tall as extremely vulnerable expression, backed up by a ferocious voice that roared in search of catharsis.

That emotional intelligence and fearless resolve for self-examination was present during a radio interview in February of this year, where Bennington elaborated, at length, on his troubled state of mind.

“This place right here? This skull between my ears? That is a bad neighbourhood. I should not be in there alone. I can’t be in there by myself. It’s insane. It’s crazy in here. This is a bad place for me to be, by myself. And so, when I’m in that, my whole life gets thrown off. I don’t say nice things to myself. There’s another Chester in there that wants to take me down.”

He goes on to describe a desperate need to stay active and focus on staying outside of his own head. His words, in addition to his tone of voice and cadence, speak to tremendous understanding and awareness and while those are great strengths in the battle against mental health struggles, the sad truth is that it is indeed a battle; an often-relentless condition lived with and faced down by so many.

There are wins, there are losses, and there are the people in between who fight and inspire others to do the same. Chester Bennington was one such individual. He was a voice for a wealth of people, some of whom may not have even realised quite how much they needed to hear him when they did. For that, I join a vast chorus in saying thank you.

"Calling something 'psych' is so lazy...