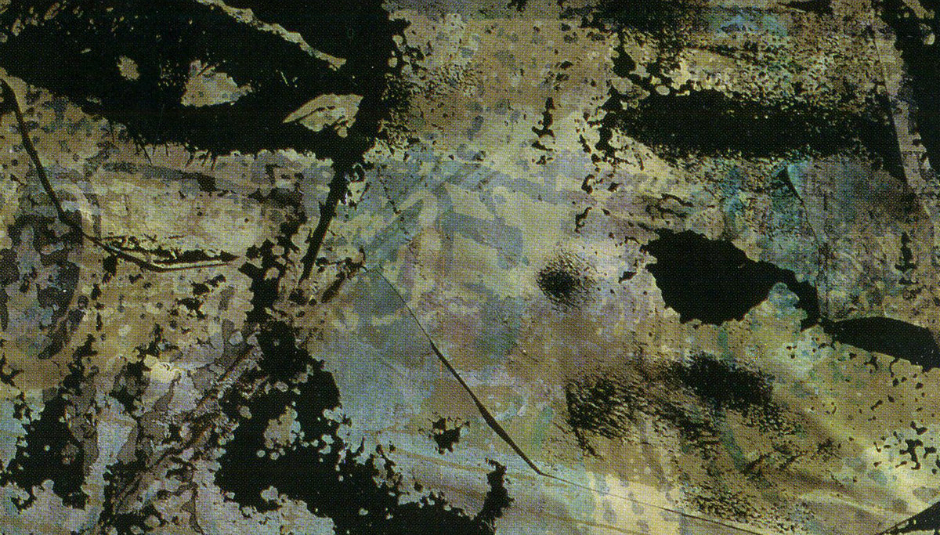 "They're like Mogwai but more screamo," is how City Of Caterpillar were so succinctly surmised one day by one of the unlikeliest of sources, Newt, the emo-kid from the popular Channel 4 soap opera Hollyoaks. Now, I was never a fan of Hollyoaks, although I could appreciate its trashiness as a wrestling fan, and it did occasionally have some more interesting musical cues (The National, for instance, have been played on it before). But this came as an absolute shock to me. In fact, I had to rewind it to check the show that had up until that point been on in the background at my then partner's house thinking: "Did the amazingly obscure band City Of Caterpillar actually just get mentioned on Hollyoaks?!" My mind hadn't deceived me; there it was, clear as a day, not just a hilariously misplaced reference but actually a pretty spot-on description (I'd have gone for Godspeed personally, but you get the gist).

By this point, my obsession with this band and their only full-length, 2002's self-titled album released on the excellent, and sadly deceased, Level Plane records, was well established. Around 2006/07, about five years after this band and the original screamo scene's peak, I had discovered a whole slew of incredible bands from the era – Orchid, Saetia, Funeral Diner, Circle Takes the Square, to name a few – along with a few mutual friends back in my native Norwich. It led to myself and three of them forming perhaps the UK's original screamo band, Maths.

I was obsessed with this style of music because it seemed like the possibilities were endless. Here was a slew of bands (mostly based around the east coast cities of Washington, Richmond, Philadelphia and New York, but some existed in the North and Midwest too) who seemed able to create anything. Yes, there is a common thread between them; these were bands who emerged at the end of the 90s after emo and post-hardcore had happened, and endeavoured to create something both heavier but also more sonically interesting than their elders (hence the frankly awful screamo term). For the year or so surrounding the formation of that band, screamo was practically all I listened to; it felt both exciting and intellectually challenging in my late-adolescent mind, and best of all, it felt like a secret club my friends and I had been accepted into.

This was in the wild-west days of internet file-sharing after all, so most of this music had to be discovered through music forum recommendations, with the occasional helpful link towards how to find it. This phenomenon can also be used to explain the rise of American Football, a band who existed within the same universe, albeit with a much lighter and more palatable sound. They were a tiny band in, but their reputation grew and grew on the basis of one phenomenal album. City Of Caterpillar were the same. My friends and I would often debate what was the best screamo album, and we’d have plenty of suggestions and laughs, but City Of Caterpillar was the one that was always mentioned. As a testament to that, they are the only band of the genre I still go back to even to this day, ten years on, because they possess something the others simply didn't in terms of longevity.

One of those things is a proper album. Most bands around that time would release either compilations of all the singles, splits, EPs, and very occasionally LPs. When they did release albums, such as Orchid, they were such short, sharp shocks that they rarely had time to register as full albums given 15-minute record lengths were common. Savannah, Georgia's Circle Takes the Square were one of the few examples to write a fully-fledged album, 2004’s masterpiece As The Roots Undo although that ironically killed the genre. To this day it remains an incredibly difficult listen given the band's incessantly frantic sound.

The reason City Of Caterpillar stood out was that they took their time. They weren't like all the others who would literally sprint towards the finish line, often barely even considering structure or dynamics as it wasn't in their interest. This can be absolutely fine, but the risk is an endless aural assault which gets tiring after a while. The Richmond, Virginia band were different because they wrote songs; fully-formed, thought out, structured, songs. Songs which would switch from screamo's wild branches to something akin to Mogwai or Godspeed's – two other bands I was obsessed with at the time – most atmospheric moments. They could be surprisingly melodic too, dual vocalists Brandon Evans and Kevin Longendyke both having surprisingly flexible ranges. It means the band could write songs as close to pop as the genre ever got, with their only anthem 'Fucking Hero'.

But take almost any other song from the band's only album, and you will see this formation and process take place. Look at opener 'And You're Wondering How A Top Floor Could Replace Heaven', a song that moves from a creepy, introductory guitar line to a fast-moving, impassioned verse, chorus, breakdown and finally a genuinely beautiful coda. No other bands were even attempting such considered songwriting, let alone having the scope to try. Perhaps it's the band's generally impressive musicianship too; second track 'A Heart Filled Reaction To Dissatisfaction' opens with a bass-line that ANY bassist who has heard it has tried to replicate ever since, while the drums and guitars weave around it enchantingly.

Elsewhere there is the beautiful yet subtle 'Minute-Hour-Day-Week-Month-Year-(The Faiths In My Chest)’ which rises and falls for a long time with no discernible direction, an oceanic rhythm, before finally exploding into life and retreating again into a gloomy, Godspeed-esque apocalyptic finale. ‘When Was The Last Time We Painted Over The Walls?’ inverts the theme, beginning with buzz-sawing guitars giving way to a lullaby middle-8 before a thunderous finish. And then there is ’A Little Change That Could Go Long Ways’, easily the closest ancestor to post-rock, again evoking Godspeed or Mogwai’s more terrifying moments. It’s a dark, atmospheric stormer; slow-burning at first with its cyclical guitars and military drums, it grows to the point of near catastrophe, only to implode the tension with a hammer-to-the-skull climax.

For such a dark record, it’s incredible how melodic it can be at times, particularly with the finale 'Maybe They’ll Gnaw Right Through’. After all the tension of the previous few songs, the closer is a slightly surprising one, the band choosing to end on their most advanced and accomplished song in every manner; in its use of dynamics (a key component throughout, but best deployed here), the catchy, shout-along vocals and refrain of 'Inhale! / Exhale!’, and musicianship that wouldn’t sound out of place on an At the Drive-in or Trail Of Dead record.

Last night in Berlin, I got to see City Of Caterpillar play live, a sentence I never thought I’d get to say. They’re back after a near 15 year hiatus with a properly recorded version of live fan-favourite 'Driving Spain Up A Wall', and I briefly re-joined the club I had long since left behind. And, just for a moment, it was perfect; I got to sing along to the parts where that's possible (not many), got to air-drum along with Ryan Parrish, be in awe at guitarists Jeff Kane’s and Brandon Evans’ luscious guitar-tones. It was, in short, everything I ever wanted it to be. Both the genre, the band, and my interest may have been short lived, but it’s magical to have existed in it for a while and, just for one night, to be transported back a decade to a simpler time where discovering new music and genres was a weekly occurrence. For one night, it felt right to be there again.