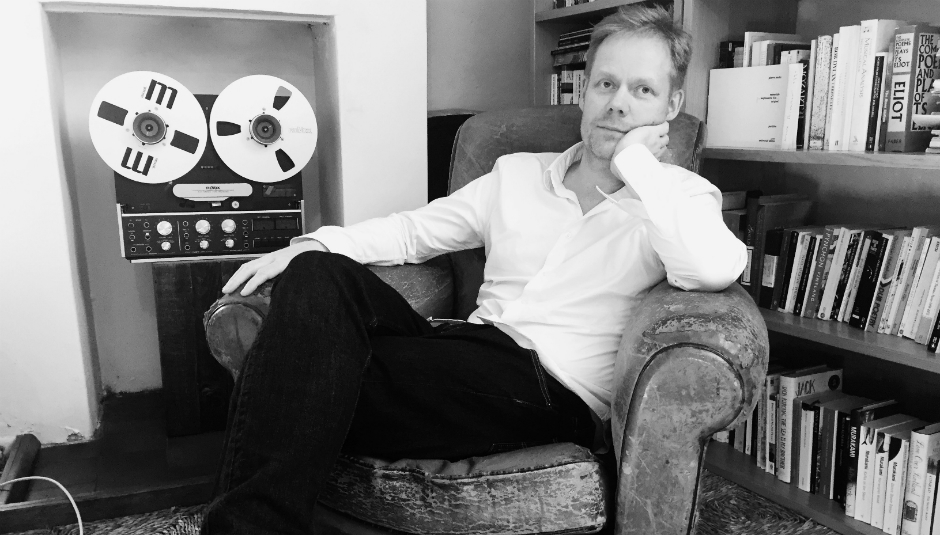 Max Richter's Track By Track Guide to Behind The Counter

Max Richter's Track By Track Guide to Behind The Counter

Rough Trade invited him to curate a mix, knowing he would pick out some unexpected gems. The result is a 36-track (on CD) and 33-Track (On Vinyl) compilation of soundbites, pieces of composition, interesting mixes and curious musical choices including tracks from Mogwai, Boards of Canada, Philip Glass, Aphex Twin and Low among some classical works by Rachmaninoff and Bach. He gave DiS the lowdown on why each track was included, and what they mean to him personally.

"I made this playlist as a way to shine a light on some of the connections between music that I love. Everyone listens in their own way, through the lens of their biography and culture, and I wanted to show, while making this compilation, just how and why these very disparate musical worlds might belong together, at least to me."

This visionary piece of sonic architecture has a magnetic pull & has its origins in Ives’ childhood. He recounted that as a child he witnessed several marching bands in his hometown playing different music in different spaces simultaneously, and this made him think in a new way about how sounds could combine. It is very audible here, and makes the music feel incredibly modern - the architecture is so bold - much more ‘modern' than the work done at the same time by the second Viennese school, which for all its claims of historical inevitability, seems by comparison far less radically new.

I first heard this when I was about 14, and I still can’t stop listening to it.

Brendel’s performance of Busoni’s arrangement of Bach’s reworking of a traditional lutheran chorale tune. Music is a conversation across time: Bach answers Ives’ question a couple of hundred years before it was asked.

Nadia Boulanger taught a good proportion of the post-war modernist composers who forged the sound of the latter part of the century. Aaron Copland, Elliott Carter, Philip Glass, and Quincy Jones among them. We don’t hear enough of her own music: time to fix that.

Mark Cousins’ terrifying film, Atomic, Living In Dread And Promise is partnered beautifully by the sonic architecture of Mogwai. They have tremendous intensity and scale.

Thomas Ades, echoing the string music of Purcell, tells a story of lost things. Ades borrows one of Purcell’s favourite harmonic gestures, the “false relation” (simultaneous major and minor thirds) and incorporates it into his own language. You can clearly hear it at various points in this beautiful piece.

Machaut’s music, from the middle of the 14th Century, is one of the origin points of Western art music - and it still works.

The other day I heard a busker in Alexanderplatz, Berlin, playing another piece of Machaut, 'Douce Dame Jolie', under a giant neon poster for Chanel perfumes. Surreal.

From my favourite BoC record - the mysterious 4 track EP In A Beautiful Place Out In The Country. Looking back on this from 2017, when the out of tune Juno synthesiser has become a bit of a cliché, it is hard to remember just how radical the Boards’ electronica was. Meanwhile BoC keep inventing new forms.

I love astronomy, and by the age of 12, I had designed a complete observatory in my school scrapbooks. It never happened, but the maverick Estonian composer Sisask has written this gigantic series of piano pieces about the constellations - a way to travel to the stars by proxy. I was once at a gig where he made an entrance playing a solo on a Ram’s horn.

This is written for 24 individual vocal lines. A bit like Tallis’ 40-voice motet 'Spem In Alium', this piece feels like a beautiful landscape to be in. It is very highly organised music, but feels very natural. That's the trick, isn’t it?

The very definition of “less is more”. Howard Skempton is a national treasure. John Tilbury plays the silences in this music so well. In spite of its tiny scale, this piece makes sense 100% of the time and has that quality of inevitability that we are all looking for.

I love the Buchla synth and Smith is one of its most creative exponents. This is great - an early work, maybe a bit like a pencil sketch for something to come.

Bach said, “If I were not Bach, then I would be Handel”. Not too shabby. Incredible vocal performances on this recording.

Hilary called me up and asked me to write her an encore, so I made this fragment, 'Mercy' for her. It is made of some material that will now be included in a larger piece I’ve been working on for some years. When I compose I’m always struggling to find the balance between my needing to say things, and giving space for the listener to bring their own world to the piece. Early on I would never write any explanatory notes or give interviews about what the pieces meant to me. But lately - in the last few years - as we’ve spiralled into our current political black comedy, I’ve been talking about it more and more. Almost everything I write has a socio-political anchor. This piece, and the larger piece it belongs to, is no exception…

Shakespeare, The Merchant Of Venice

Russian choral music has a unique sound, because of the tradition of the basses being able to sing the very lowest notes - all the way down to low Bb in this piece. And, writing as a bass-head, this works for me. Many people thought this music was impossible to sing because of its extreme range, but as Rachmaninov said at the time “I knew the voices of my countrymen, and well knew what demands I could make…”. He wanted this played at his own funeral.

This is from 1992, but sounds like Williamsburg 2017. I love this whole album by Rachel’s, a band who were at the time completely unique in their fusion of guitar music and classical instrumentation.

A personal fusion of worlds, and musical traditions. Spectralism (mostly a French school of composition, basing their work on the harmonic series) and other avant-garde languages collide to make this hypnotic luminous sonic object. The band on this recording is 48 cellos, about 6 orchestras worth.

My teacher, Berio wrote three short piano pieces as encores on the elements. This is on, or about, Water. Berio’s music is about other music as much as it is about anything. Schubert and Brahms audibly haunt this - an added bonus.

An anti-matter doubt bomb from the unique GYBE!

This takes the Bach chorale 'Komm Süßer Tod…', as its starting point, and then time-warps it forward into an ambient 21st-century cloud. It is a great idea - to work with this existing material, and then just to stretch it out, so we still feel the Bach atoms in there somewhere, but also have this entirely new music.

I like the title, because in some way Bach is immortal. He wrote not only much of the greatest music ever written, but also wrote a large part of the language of music itself.

One of the things that got me started in music was when I was about 12 or 13, the milkman (who was an artist), on hearing me practicing the piano, took to delivering experimental music LPs to our house with the morning milk. One of the records he delivered was Glass’ Music With Changing Parts. At the time, Philip Glass was still completely unknown outside of experimental music circles, so the odds of me in small-town Bedford coming across this music was basically zero, and yet…

Two kids from Norfolk making fascinating (and quite odd) music. The architecture reminds me a bit of early Laurie Anderson. Keep going!

I’m obsessed with Purcell, especially the instrumental music, and I love the Fantasias. Amazing compositional smarts, but still completely humane. He wrote a whole bunch of these when he was 21, in his summer holidays.

Scriabin is a fascinating artist. Highly experimental and borderline crazy (he was into all sorts of mystical fads and wrote works according to colours, smells etc), he pushed traditional harmony to new limits. This is like looking through a prism - full of tiny beautiful colours.

'What Part of Me'

That drum sound. The Guitars!

Golijov fuses disparate languages into this tender piece that is full of startling trapdoors. Fantastic playing by the Kronos quartet.

Aphex in his John Cage / Conlon Nancarrow phase… great to hear the kids playing around in the background.

I love this fragment from Caleb Burhans. Yuki Numata’s playing is perfect.

An arrangement of part of a Bach organ work for viols. You could play this on an orchestra of Stylophones and it would still be great. Actually, now I want to hear that.

This is from my project SLEEP, from 2015. SLEEP lasts 8 1/2 hours, so this is a fragment of a fragment. Another of my obsessions is distilling ideas into their simplest form. When I first started composing seriously, at university, I wrote in the “New Complexity” / Ferneyhough tradition - it would have been easier to print my work on black paper with white ink - would have saved on the ink. So my whole composing life since then has been about reducing outward complexity to get to the heart of what I am trying to say.

Schubert uses a song of his own, composed in 1817, as the basis for this set of variations from this 1824 string quartet. He played the viola part himself at the first performance, in 1826. Schubert died two years later, aged 32, having composed over 600 songs, as well as numerous orchestral, vocal and instrumental works. Nearly 200 years later, I listen to his music almost every day.

I absolutely love playing Couperin’s strikingly original and very beautiful keyboard music, so I recorded a harpsichord version of this for you.

This is a high point for Reich. It is one of the only post-war religious works that feel really ecstatic (“Tehillim" means “psalms” in Hebrew). In my previous life, as a pianist, I performed a couple of hundred concerts of music by Reich - Six Pianos, Four Organs, Sextet etc., but I’ve never had a chance to play Tehillim yet. One day…

Behind The Counter: Max Richter is out on 14 July via Rough Trade Records. To order the album, please click here.

Souk It And See: DiS Does Gnaoua Fest...

The Fangasm: Yoshimi Battles The Pink...