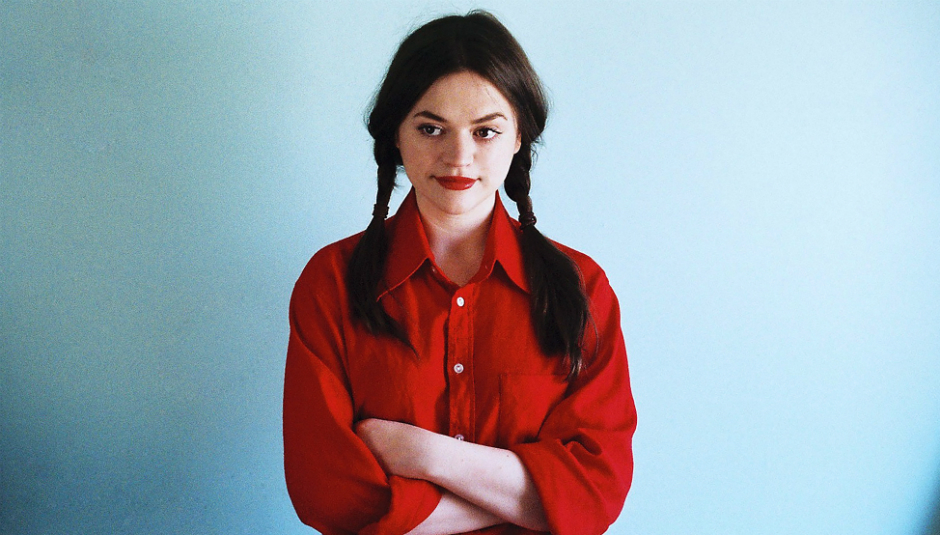 By turns elegant and beautiful, and dark and stormy, Siobhan Wilson's music covers the full spectrum of human emotion. That's because she's lived it all; in Paris and Scotland, head over heels in love and heartbroken, in French and in English. Few demonstrate quite such a mastery over mood and pacing, but Wilson lets her material shine, gently edging it along and coaxing out every drop of feeling. It is, in short, one of the most stunning collections of songs to be released in a long time, and one that should cement her status as one of Scotland's brightest stars.

She talked us through the eleven songs' gestation, which you can listen to below on an exclusive stream.

There Are No Saints

I sometimes fight the chilly mornings by playing Bach chorales on my upright piano while the flat is still heating up. I had an epic heartbreak to deal with, and this song is about resisting feelings of disappointment and accepting people for who they are. I was questioning everything. I find it easier to cross emotional boundaries and come to realisations through music. For me, that moment of extreme anxiety when you’re on the cusp of trying to explain the unexplainable is when the musical ideas come out the best. As the title suggests, we all have a capacity for good and evil. None of us are worth more than anyone else. The choral backing vocal parts came out spiritual and canonic. Something about interwoven melodic lines reminds me of the Gregorian chants I sometimes listen to. When we were mixing this with lots of reverb, we painted a picture of the inside of a cathedral. It’s very much an opening out of the soul. If I’m in the right frame of mind, when I sing or play an instrument, I feel like it’s my soul talking. I was questioning everything: the meaning of music and existence, the existence of a soul... I didn't find the answer, but I got an album out of it and moved on to brighter things.

I kept asking Chris (the producer) to make everything dirty on the album. He seemed surprised some of the time, but he totally embraced it and stayed true to the meaning of the songs. He genuinely listened to the lyrics when he recorded. It makes a huge difference to the experience for me. Most days I’m pretty happy and optimistic but on-and-off I suffer from depression. The song is about finding a little bit of strength even when you think you’ve none left. I kicked this song out of the guitar as a middle finger to fatigue on a bad day. It’s like a message to remind us that the only way is forward. When I feel depressed, I like to turn the amp up loud and blast out some chords.

My whole life I’ve been a bit obsessed with the question of spirituality. This song is more or less about questioning faith. If there’s a need within you to channel a song in the direction of something or someone, or a specific memory, or a place - then it’s a prayer. It had only been played live a couple of times when I took it to Insider Festival in Aviemore a few years ago. Song by Toad had set up some recording equipment in a quirky vintage cottage parlour in Inshriach House. When they liked the song I thought, “I should keep this one.” It’s sometimes hard to know which demos should make the album, so it’s good to have an extra pair of ears you trust.

This song was written in the 14th arrondissement of Paris. At least a packet of cigarettes was consumed. I can imagine there was probably a pile of French philosophy and psychology books, ashtrays and tea light candles being nudged off the edge of the desk by a tabby cat, and a stove-top espresso maker filling the flat with the aroma of coffee. It wasn’t me who wrote the song. It was my ex-boyfriend Simon Campocasso, who also now goes under the name LeNoiseur. I put a rhythm box and upright piano in the arrangement because it felt fun to juxtapose a natural sound with an electronic one. He and I never wrote much as a duo when we lived together. The decision to put this song on the album was a beautiful way of looking back on love, a way of creating a special memory.

This is essentially the existential crisis that follows an epic love fail. There’s something about the cello parts on this song that twists my heart a little bit. There’s a way you can pour out emotion into a cello that’s different to singing, or beating away at the piano. It’s a really physical and tough instrument, which has endured years of me battering out various emotions. I feel very attached to it like it’s a very old friend who’s seen me go through many different phases since I was about 11. Sometimes I have no idea whether it’s the cello coming up with the lines or if it’s me.

My favourite version of 'J’attendrai' is Tino Rossi’s. He has this warm vibrato in his voice that you hear and feel you've known for your whole life. The words are devastatingly beautiful. They start off like this: “I will wait, day and night / I’ll wait forever for your return / I will wait, for the bird who flies away comes back to seek oblivion in his own nest.” I’ve fallen in love twice in my life and both times this song had been the accompanying anthem.

This one is another middle finger. I rediscovered distortion. It was meant to come along for a long time; it felt good to let that colour out. Probably years of my youth spent listening to Sikth, Tool, The Mars Volta, Pearl Jam are starting to sneak out now from time to time. The whole album I tried to let my subconscious breathe out the words instead of overthinking everything and getting too anxious about it. I think every person is in charge of their own existence, just like every artist should follow their own sound. Sound doesn’t ever change. To find something completely new is almost impossible. To try things you haven’t before will always result in a passionate energy, which is addictive to listen to and always feels close to an evolution. Chris wrote a line of this song which made it feel complete. Sometimes there’s just this one tiny missing corner somebody else has to come along and go, “That’s almost done, but here I have this little bit you’ve missed.” You hear it differently as a completed mission and that’s really satisfying.

We talked drums, we talked bass, minimal band set-up, an old 50s song in a ballroom where a couple starts to fall in love. However, we kept it all stripped back because the whole album is about being vulnerable, laying out the words as they are and not dressing anything up beyond what it is. It’s my first guitar solo, so that was fun. This one is a one-taker except for the guitar solo, which I was a bit shy about at first. There’s something really natural about trying to do a song in one take. It resembles a live performance. It creates a link between the album and the stage. Chris was encouraging me through the headphones “Hell, yeah! Let it go!” to kick out the solo a bit harder. He had a hugely positive influence on the album. Without him, it might just all have descended into 11 end-of-the-world doom drone tracks.

This is a track that Chris lifted up into a new place. We listened to 'Tender' by Blur, then he went next door while I hit the red button and in pretty much no time he’d made this really laid back drum part that completely changed the vibe of the song. We both work really fast, although Chris is probably more patient than I am, and he’s an excellent percussionist, which is something I’m definitely not. 'Dark Matter' is probably the best example on the album of how our musical inspirations and practical knowledge complimented each other.

The box that contained my previous understanding of reality had been opened and this completely new kind of expressive sound came out. Sometimes I need to shatter the walls of what I think I know, to create a new meaning to what I do. Personally, it’s never masochistic but it can be chaotic and hard to get your head round. But then I think, “Life is hard, and so should art be sometimes.” Why not push yourself to cross the boundaries that are sketched out by so many different factors, like your background and social conditioning, and find new ways to explore new ground. There are layers of manipulated harpsichord to try and make a new colour, a whirlwind introduction that grows into a slowed-down excerpt of a Buch fugue. I find taking things from the past and putting them in an entirely new context incredibly satisfying and moving.

It Must Have Been The Moon

I think years of listening to Kate Bush and Patti Smith come out in the vocal of this song. Stuart Nisbet wrote the words, I made the melody and chords. He’s an incredibly inspiring guy who has lived at least six lives in one lifetime. Often when he plays I look at him and think how I want to always be playing, learning, listening, and growing. I really get on with musicians who aren’t too confined by genre. It’s frustrating when I try to write “in the style of” something. I get the massive fear when people start talking about copying “things they have heard on the radio last week” because I think style shouldn’t be contrived.

There Are No Saints _is out on Friday 14 July via Song, By Toad Records. To pre-order the album, and for more information, please visit her Bandcamp page. She plays The Eagle Inn (Salford) on 12 July ,and The Islington (London) on 29 July.