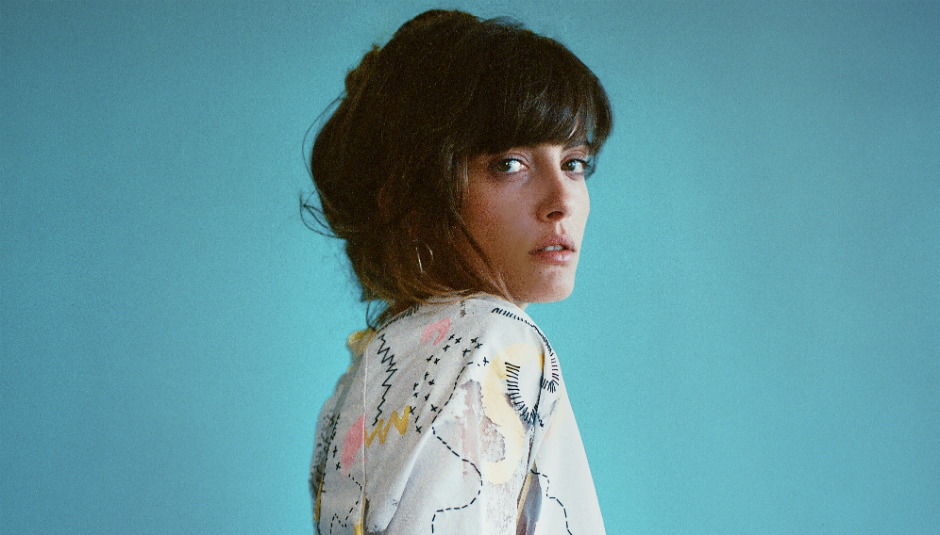 Noga Erez is an artist as fearless as she is innovative. Her debut album Off The Radar is a defiant collection of 15 songs about tensions in her homeland, sexual assault, and social media storms, all wrapped up in jerky beats, left-field pop, and eclectic electronica. Here she talks DiS through each track and what they mean alongside an exclusive stream of the album.

This song talks about the symbiotic relationship between an artist and their crowd.

Dance While You Shoot

This song is a conversation between me and my country, where I demand some answers about why things are the way they are. It’s about the realization that you can’t live without the government that ensures your basic needs, but at the same time takes your money and keeps you in the dark about the real, important matters that affect your life directly, while drowning you in manipulative media, ignorance, and bureaucracy.

A song about inherited leadership, about someone who achieved their power only by being associated with someone in a powerful position. The lyrics, while short, are meant to show the contrast between someone who disowns his “crown” vs. someone who embraces the privilege, entitlement, and influence, and uses it for their own personal needs. They become self-absorbed and destructive. Showing how quickly and easily power can corrupt a person.

It’s a short passage with the sentence 'Read the instructions carefully', like at the beginning of a medicine warning label, as if trying to prepare the listeners for what's about to happen.

A song inspired by an alleged sexual assault case that happened in Tel Aviv. But really a song about being a woman in a world where you are not always safe and any of us can fall victim to sexual assault.

Another short passage. And, like the previous one, it prepares the listener for the next song; a quiet, mellow song, after a bunch of upbeat ones. These passages are almost like trying to give the listener a programme in a concert.

This one is a birds-eye view of two sides of the same conflicted situation. One is very privileged, one is unfortunate. The song talks about how in our world, in a very unjust and chaotic way, the value of people's lives is being determined.

A song that talks about a collective fear that we all experience as a generation. A fear that leads us to escapism, whether it's physically moving away, or mentally escaping reality.

Another interlude preparing the listener for the next song, which is the 'hit' song of the album. A joke about this whole concept of a hit song and a joke about myself, who tries to write one every once in a while.

'Off The Radar' addresses contemporary fears of being anonymous or forgotten, and our indecent urge to leave our mark by publicly sharing thoughts and ideas without due consideration, purely for the rush we get from approval and affirmation. It talks about us as a society, a generation that has two identities. One is who we are in real life and the other is our social media self. This second identity is the one that gives us the false sense that we are able to control what people think about us. Putting ourselves on display, but only the “perfect” us, the “ideal” us. But, in fact, we are being fueled by people and corporations who understand this very basic and primal need that we have for recognition and acceptance and use it to control our lives.

The second part of track no. 4.

This song describes a panic attack, driven by a fear and paranoia of the unknown.

Talking about the noise in our head. It talks about a prison guard, who stands at the gate of someone’s mind and can decide whether that someone may come out or not.

A Hit Is A Hit

The last passage of the album. Refers to all the forces that control our lives, whether those forces are people, governments, paranoias, fears, voices in our heads etc.

From the bottom of despair and fear, you reach out to the one you love and want them to save you from everything that happens in the world and inside you. Realizing that even the closest people to you can't really do much other than being around you, and even that is not always possible.

Off The Radar is out on the 2 June via City Slang. For more information, including upcoming tour dates, please visit her official website.

DiS Does The Great Escape 2017