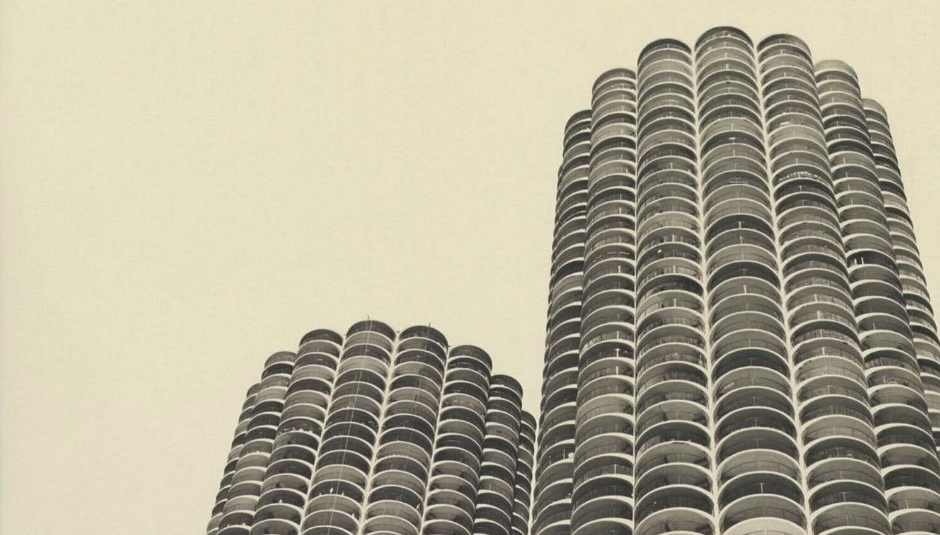 Great records don’t necessarily always have interesting stories behind them. There’s probably a compelling argument to say that Wilco’s Yankee Hotel Foxtrot doesn’t need one - that regardless of context, it’s simply just an outstanding piece of work. In this instance, however, it’s difficult to separate the album from all of the noise surrounding it. These eleven songs represent so much more than just the sum of their parts. They stand for the existence (and complete vindication) of integrity and artistic freedom, in a world so often dominated by corporate structures and commercial pressures. Hereby, I present to you a challenge; I dare you not to fall head over heels with this record. If not straight away, then eventually. Because if something can simultaneously feel like both an instant classic and a slow-burner, then surely this is it.

The backstory is something I’m sure a lot of readers will be aware of, so here goes a brief summary; having recorded the album, and with frontman Jeff Tweedy correctly believing it to be their best work to date, the band submit to their label Reprise records (a subsidiary of Warner) who following an internal shakeup refuse to release it on the grounds that it has no commercial potential. The band negotiate a costly split from Reprise, retaining the rights to the record which they then streamed on their website for free, a groundbreaking move (and pretty unheard of at the time). Bizarrely, the band end up signing with Nonesuch records, another subsidiary of the SAME major label – a move that many critics believe exemplifies just how messed up the music industry is in modern times. The album goes on to amass a huge amount of critical acclaim, and just so happened to shift hundreds of thousands of copies, becoming a gold-selling LP in the process.

Given the legend that surrounds it, the remarkable part is probably that in the fifteen years since its release, the most enduring thing is the music itself. For me, there’s pretty much the whole spectrum of human emotion explored within a microcosm; at times, Tweedy’s abstractly poetic lyrics serve to cryptically mask what is actually quite a personal record while at other points, relationships and communicative failures lie at its heart. It’s the sending of signals in the hope that someone, somewhere will receive – audibly characterised in the broken static and shortwave radio samples that regularly weave in and out. There’s the playful denouncement of love in the opener ‘I Am Trying To Break Your Heart’, but also the hopeful celebration of it by the time the album draws to a heartwrenching close, with Tweedy declaring: “I’ve got reservations about so many things / But not about you”, a chaotic and confused yet beautiful love letter for the modern era.

There’s a penetrating weight to it all, a sincerity which somehow never falls into over-earnestness. It is in many ways a record of constant tension - mostly between the beautiful and destructive - but also mirroring the ongoing conflicts outside the music; between bandmates (guitarist and co-writer Jay Bennett left the band shortly after the album’s completion), and between band and label, the tension between artistic freedom and commercial potential. At once both pretty and dissonant, conventional yet weird, both instant and challenging, it’s a record that rewards the listener with each spin, a phrase which always sounded to me like a useless cliché until I found it to be true. I think the thing I love most about Yankee Hotel Foxtrot is that ultimately there’s just classic songwriting and melody at its core, with Tweedy’s voice broken and exposed at the centre of everything, but with complete chaos ensuing all around it.

For me, Jay Bennett perfectly summarizes it with this quote from the documentary I Am Trying To Break Your Heart - “If the overall song feels good to you, you’re going to fall in love with the little parts of it that are fucked up”. There are swirling organs, crashing drums, distant voices, and dissonant pianos, and in ‘Ashes Of American Flags’ and ‘Poor Places, anthemic moments that descend into walls of white noise and feedback. It comes to me as no surprise whatsoever that over time this is an album that has been repeatedly referenced as being “Americana’s Kid A”.

As a songwriter myself I’m fascinated by the band’s approach to the studio, and the film gives a great insight into this process. On this, Tweedy notes they “generally go for a pretty straight definitive version of what the song sounds like it should be...and then deconstruct it a little bit and see if there’s some more exciting way to approach it”. I adore this as a concept – the fact that what is theirs to have created is also theirs to destroy, and that a song can take any number of routes before it becomes the one that people hear. Ultimately, I think what probably sets the results apart is the combination of the band’s willingness to experimentally rip up the Americana rulebook, but crucially also the mixing work of Jim O’Rourke (Sonic Youth), whose mixes lift them far beyond the Alt-Country genre they had practically created in the first place. At the heart these are gorgeously simple songs, reimagined in an exciting, experimental vision. Retrospectively, quite how many people these songs have resonated with may have come as some surprise to Wilco’s former label bosses, but not to me. For a record that very nearly didn’t see the light of day, that it exists at all is truly wonderful, and that it exists without compromise is nothing short of remarkable. Maybe some things are worth waiting for.

Sam Airey’s In Darkened Rooms is out on 26 May 2017 via Hide & Seek Records. For more information, and album pre-orders, please visit his Bandcamp page.