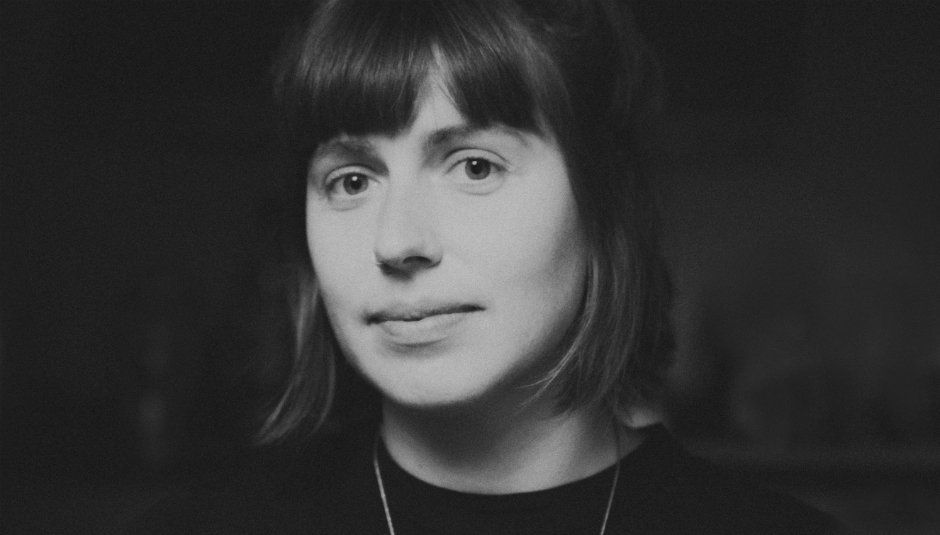 We chatted to the multi-instrumentalist ahead of the release of her second album on renowned Japanese label Flau.

Skin is a love song. It explores our desire as individuals to be together even when life pulls us in different directions. The beat which lies underneath the electronic drums in the song is created by me tap dancing in socks on a wooden board and then continuously looped up to give that soft shuffle sound. I like the idea that many steps have been taken during this song as the song represents how we are continuously travelling, our paths weaving in and out of each other’s.

This song is about climate change. For a few weeks, every night I went to bed I would hear the same bird song through the window. I wondered what bird it was, who it was calling, why it was singing at night. I grew up in the countryside where it was always completely dark and silent at night (apart from the rustle of sheep) and it got me thinking about light pollution, change, the damage that we are causing to the planet and the animals, the variations in species due to their environments. I also read about a study that found birds are having to change their songs and sing at different times of day to combat the noise pollution in cities.

Living in Brighton, the ocean is on my doorstep. I love going down to the beach especially when the sea is tumultuous and the waves are massive. The idea for this song came about when I was watching the waves one day and it got me thinking about the symbolism of the sea. The ocean is a symbol of the subconscious – here the wildness of the water representing overwhelming emotions. The sea can mirror people’s moods– calm and tranquil one minute, tempestuous the next. It also represents unexplored thoughts, an element of mystery, for there is so much about life under the sea that is still unknown.

The central image of the song is a woman crying into the sea – emphasizing the circularity of nature.

We are all different yet we are also all the same. We are all humans, struggling to be understood. We all have our own insecurities and our own mechanisms to deal with problems, we all have our own opinions. We create labels in society and try to categorize things in order to understand them, but it is important not to judge. What you see on the outside is not necessarily how people feel on the inside. We can be fragile creatures and it is important to remember that. Take away the barriers, take away the borders, the labels, we are all the same, humans trying to be understood and to understand.

The world is a beautiful place – there is so much to discover, so much to see. Like a cocoon, our lives are built from different adventures we’ve experienced, stories we’ve learnt from. The cocoon is our safe place, it continues to grow – the more we learn, experience, the more new strands we add to our cocoon but sometimes we have to break free from this cocoon in order to discover new things. It felt right to make it the title track of the album for, like a cocoon, the album is made up of lots of different threads/stories woven together like the songs to make the record.

This song just kind of happened. I wrote it really late one night when I couldn’t sleep. It was written and performed on a high-strung guitar (basically a guitar strung one octave up from normal). I was just experimenting as I thought the guitar sounded really nice… I’m not much of a guitar player. I think Martha Rose really made the song with the violin part she added.

This song is based on a Greek myth. It’s a pretty dark plot, as a lot of Greek mythology is. I was reading a book of different myths and then that spiralled into an internet search deeper into different names and somehow later I got to Philomela – this one stuck in my head. I’d first heard of her from reading bits of Ovid’s Metamorphoses at university. There are variations as to whether she was turned into a swallow or a nightingale – I chose the later as I like the more romantic idea!

The idea of this song came from a walk / daytrip I went on with a friend in London around Abney Park Cemetery in Stoke Newington. It’s a woodland memorial park and a nature reserve. It is all higgledy-piggledy and over-grown, and it was the first non-denominational cemetery (anyone can be buried anywhere) – definitely worth a visit!

All the lyrics are taken off the gravestones. I was sure that Eliza Harora was a name I read on a gravestone, however I’ve researched her name and can’t find any information about her. I guess I might have muddled up two different gravestones in my head as I was wandering around. I like that though, as the song exists from fragments from multiple stones.

This song is about feeling lost and misplaced, not knowing how things are going to turn out, not being in control but finding the strength to persevere and carry on. Often just a glimmer of hope is enough to keep us going.

I recorded this song live, you can hear the creak of the floorboards at the beginning, and it was one of those songs where the first take was the one we used on the record.

Cocoon is out now via Flau Records. For more information about her, please visit her official website.

"We're always thinking ahead": DiS Me...

"As a musician you have a certain pow...