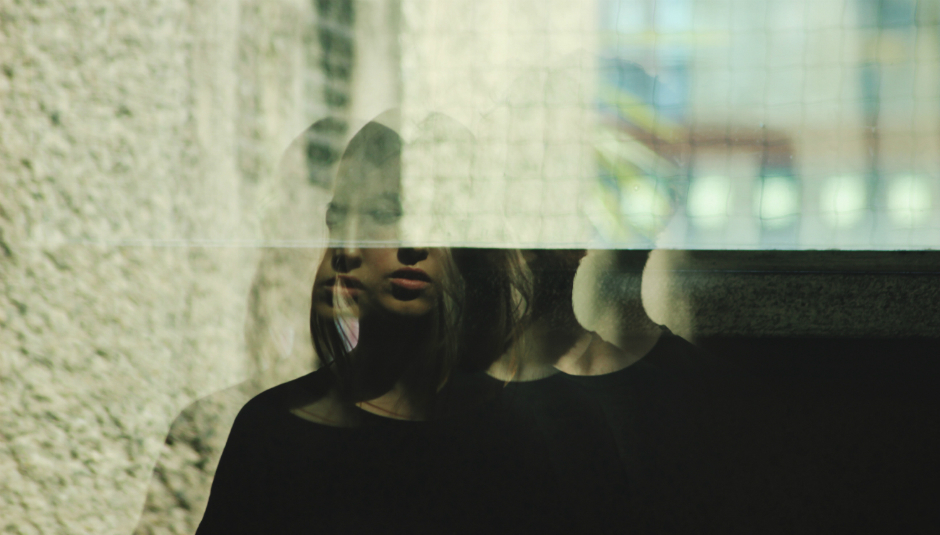 UK piano and electronics duo Dead Light broke onto the scene last year with their first album on Village Green. They piqued the interest of many with their emotive and at times lyrical piano music, which is intimate and tinged with a melancholic glow, pairing piano with soft analogue textures that are created by an array of vintage studio gear and various DIY experiments. Ahead of their debut performance, DiS spoke to Anna Rose Carter and Ed Hamilton to see how preparations are going for their show at Piano Day at the Union Chapel later this month.

DiS: How’s the preparations going, are you rehearsal a lot?

Ed Hamilton: We’re doing six to seven hours a day at the moment.

Anna Rose Carter: Well it’s our first gig, so we want to leave as little to chance as possible.

So when you were writing your album were you thinking about how you were going to play it live, or did you just make it and then think about the live aspect later?

EH: The latter, unfortunately [laughs], which has made the whole process much more difficult. I think all of the live shows I’ve really enjoyed in various different genres and formats have been when people aren’t trying too hard to replicate exactly what’s on the record, it’s more a version of the song and it’s a bit more interesting. If it’s just a carbon copy of the record I can just listen to it at home…

What aspects of the music have needed to change in order to build the live show?

EH: Well on the record the piano is obviously the centre-point, but there’s a lot of layers and other things going. Whilst Anna’s playing the piano I’ve only got two hands and there’s a limit to the amount of layers that I can do. So we’ve had to strip it back a bit. But in a way it makes the songs a bit more immediate.

So if Anna’s on piano, what’s the set up with Ed?

EH: I had a few ideas for building some things from scratch but it’s a very long process for me. In the end, I doubled up on my tape decks, which have loops on cassettes that I’ve built, so I’ll be recording amps playing live onto those loops, and the loops are designed in specific ways, so all the tape that’s inside the loop is treated with various processes. So it’s not just a looper, I guess it’s somewhere between a looper, tape delay, and a weird aleatory thing where we’re not sure what’s going to come out of it. So there’s a bit of chance left in there, which is nice.

What do you think of the concept for Piano Day this year?

EH: We’re both really excited to see how it turns out. It’s always nice when there’s a line-up where everyone’s offering something slightly different and there are interplays of different genres in a live setting – that’s a recipe for something really unique. I also like the fact that although the piano is a central point, there are all these off-shoots from that, which strengthen the piano but also give points of departure around it.

ARC: I played for Sofia’s Piano Day event last year and I loved the lineup and where it was; I thought everything fitted really well together. So I was just really excited to see what she would do this year, because I knew she would do something amazing.

And are you excited for Andrea Belfi to be joining you?

ARC: Very excited. We love his records and he’s actually recently done a remix for us, so hopefully it’s the start of doing more stuff together. The remix is amazing, it gels so well together and I really hope it works like that on the night. He’ll be coming to ours for a night or two before the gig, so it’ll be really nice to make a bit of music and get to know each other better before we play properly.

Have you done these kinds of collaborations before? Do you wish you had more time to prepare with him?

ARC: We’ve individually collaborated with people before, but not in a live setting like this. It’s never been something so immediate and within such a short time frame. Actually, I’m quite glad that we don’t have much time to prepare beforehand. We’re quite familiar with his music and the way he plays, and we have complete faith in him as a musician and his musical ideas.

Are you preparing the set with Union Chapel in mind?

EH: Definitely at the start of the set, there’s a piece we’ve been writing with the venue in mind, so definitely something quite specific to the venue.

ARC: We’ve also changed the way that I’m playing. Normally I play on an upright [piano] that’s quite muted and muffled sounding, but we’ve got a different piano that I’ll be playing on that I don’t usually play, which sounds brighter and cleaner, so we’ll definitely need to adapt.

Are you going to be learning everything note for note, or doing some improvisation too?

ARC: Both – we’ll be doing a couple of the tracks from the record probably as close as we can to how it sounds on the record, but the others we’ll have to work around it and do some improvisation. We’ve got a few new bits that are going to be on our next record, so it’s going to be a good opportunity to test material for that.