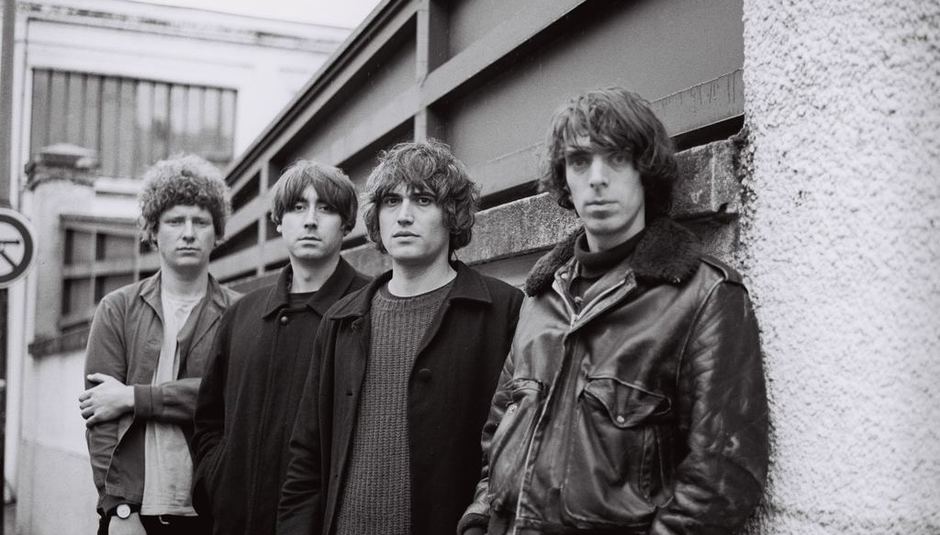 London based four-piece The Proper Ornaments release their long awaited second album Foxhole this week. Out on Friday 20th January via Tough Love Records, it's a marked progression from 2014's debut Wooden Head and highlights the band's two main songwriters James Hoare and Max Oscarnold as a force to be reckoned with.

Here, both Hoare and Oscarnold give DiS a track-by-track account of the 11 songs that make up Foxhole.

Someone's stuck in the past, in the last pages of some old book and you're trying to bring him back. The music is reminiscent of Gram Parsons-era Byrds.

You love that person so much that you wished you were both cremated and kept in the same jar on a shelf. Originally it was a Bridget St John folk type song, but when we were finishing the record it was too laid back so we sped it up. It was the last one we did.

Everyone stays forever, never disappears. A memory is a time travel vehicle that allows us to understand our present and future. An archeology of the mind. Unfortunately, the ones who should use it the most don't do it, so we're bound to commit the same mistakes.

It's about trying to help someone and ending up worse than them. Be careful with this song, it is highly manipulative. It used to be a Forever Changes upbeat number, which we decided to slow down and make it less derivative.

A space travel song, like Air's Moon Safari but covered by Kasabian.

A collage of words inspired by Tom Jobim's 'Aguas de Março', which is one of our favourite songs. It was the first song we recorded for Foxhole. It has a Graham Coxon/Abbey Road outro with a Plastic Ono filo pastry.

A song about the WW1 trenches inspired musically by Psychic TV's first record, Force The Hand Of Chance.

We wrote this song recalling stories of illegal fun we've had. The verses were random cut-up lines. In this one only, Bobby (Syme) played the drums without knowing the song at all and in only one take!

Bridge By A Tunnel

A play on words. A dream you can't understand.

I Know You Know

We call it beggars banquet. The slide is what we thought Brian Jones would have done. A warning, asking not to be taken for granted.

It's a collage of two different songs à la Mercury Rev. It had to emanate sadness. Her eyes reveal bad intentions but you offer no resistance. As if you were a fish, the line which suspends you is about to break, and you'll be lost to the depths, like DiCaprio at the end of Titanic.

For more information on The Proper Ornaments visit their Facebook and Bandcamp pages.