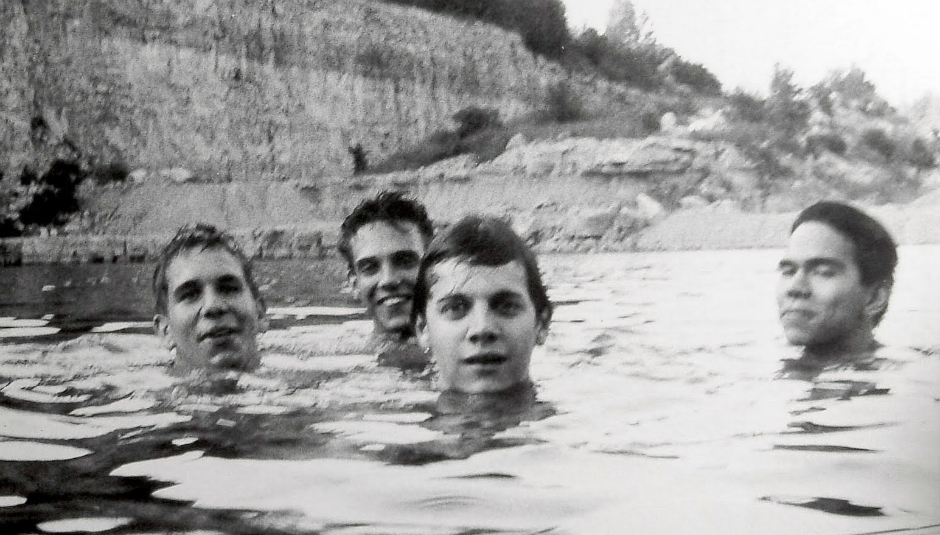 The second and final studio album by then practically anonymous Louisville quartet Slint Spiderland has spent the last twenty-five odd years steadily emerging as one of the most revered cult albums of the 90s despite being almost unanimously overlooked upon release. From Steve Albini’s feverishly favourable review - “ten fucking stars” – to its closing peak appearing on Larry Clark’s Kids; from its immeasurable influence upon virtually every "post-rock” act since to the band’s ATP-backed reformations in 2005, 2007 and 2013, it has done the proverbial rounds, cloaked in enough residual inscrutability to preserve its fabled status.

At only six tracks, you would be absolved for thinking it a glorified EP but, rest assured, Spiderland confines as more gut-wrenching spirit and mind-boggling innovation than is to be found on the most progressively-angled double-albums. In fact, hand-in-hand with latter-day Talk Talk and Bark Psychosis’s extraordinary masterstroke Hex (a 1994 review of which saw Simon Reynolds first coin the term “post-rock”) the album would triumphantly spearhead a down-tempo sound and aesthetic that has since entailed, by way of its sheer influence and inimitable sway, Mogwai, Shellac, Godspeed You! Black Emperor and countless others besides.

Over the course of forty minutes of eerie, at times crushingly elegiac storytelling, Spiderland imparts a strikingly singular temper. Syncing David Pajo’s glacial, introverted guitar mastery with the now ubiquitous “start-stop” dynamics and the brittle, largely spoken-word vocals of the band’s frontman Brian McMahan (later of The For Carnation), Spiderland betrays a madly cohesive sense of sparseness and spaciousness reminiscent of bleakest Joy Division and the aforementioned Talk Talk yet on a more hopelessly existential level altogether. Not since the colossal self-titled masterstroke from Suicide had an album so seamlessly distilled a stifling air of impending doom and somehow made it so comprehensively appealing.

Unlike the relatively slapdash, post-hardcore abandon of their Albini-produced debut, Tweez, there’s a constant sense of eavesdropping upon private worlds whilst listening to Spiderland. Its ever-increasing imponderable lure resides in how it painstakingly relates the shadowy undercurrents and backwashed thoughts of unknowable characters, bleakly teetering on the brink of musical non-existence; whether you look to ‘Breadcrumb Trail’ – a harmonic-led tale of one man’s ill-fated carnival experience on mute, the fragmentary ‘Don Aman’, a song about a classically Kafkaesque interloper, the natural modern-day heir to the ‘Negative Creep’, ‘Fool on the Hill’ and ’21st Century Schizoid Man’, or ‘Washer’, one of the greatest unsent love letters in music (and one that remains all but unparalleled in dissecting a sense of unrequitedness manifest as worship) - Spiderland boasts a small but utterly unforgettable cast of outsiders like few other albums.

Somewhere between Britt Walford’s syncopated, jazz-tinged percussion (“I haven’t had a girlfriend since,” he dryly informed your writer after the band’s Dublin show of 2007) and McMahan’s lacerating screams at the end of ‘Good Morning, Captain’ (still one of rock’s great unexpected absolutions), the clear-cut genius of Spiderland lies firmly in its contradictions; it is at once self-aware and oblivious, inviting and oppressive, hauntingly familiar and inextricably foreign. Throw in the band’s now legendary aura of sullen enigma, the fact that one Will Oldham took the “quarry” cover photo, and the rumour that each of Slint’s four members were individually sectioned at some point during the recording of Spiderland and you’ve got yourself a sure-fire classic album, every single bit as resonant a quarter of a century on.