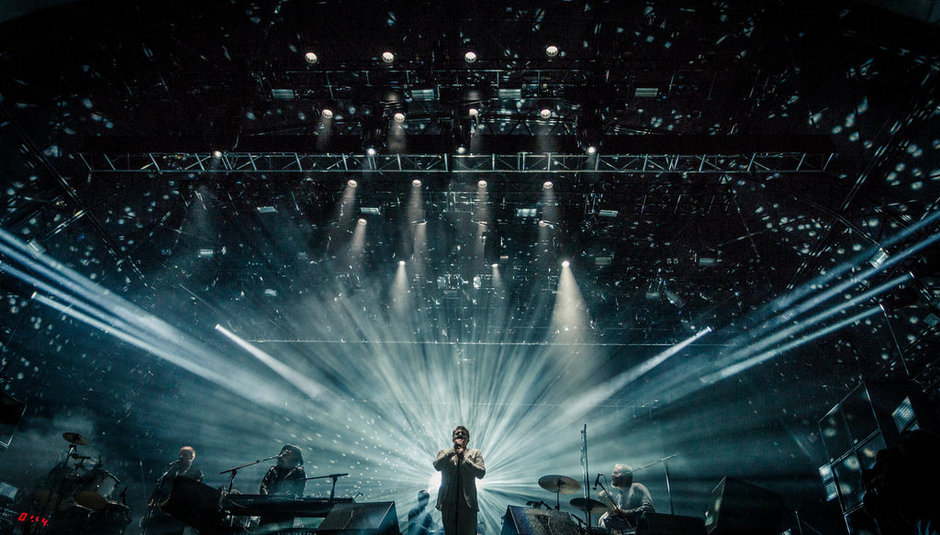 Ireland is a nation divided by its festivals. Life is for the ravers, Body and Soul is a haven for hipsters and hippies, Forbidden Fruit has the young professional contingent and Longitude has seemingly become a Neverland of sorts for the country’s lost and inebriated teenagers. Now 12 years into its existence, Electric Picnic remains the only gathering that seems to find space for all of the above while still retaining its core ethos. From the otherworldly charm of the magical Body and Soul area to the spoken word-heavy MindField to the bass shuddering reverberations of the Rave in the Woods: there is something for everyone who ventures down the rabbit hole at the Stradbally grounds.

Friday is traditionally the quietest day of the festival as the after work crowd make the pilgrimage to the midlands and assemble their makeshift shanty homes for the weekend. The main arena takes a while to fill up and it’s not until evening time that things really start to take off with Nas the first act to draw a sizable crowd over at the Main Stage. The Queensbridge MC saunters on to the opening strains of ‘Carmina Burana’ before launching into a full throttle version of ‘Hate Me Now’. Opting for a greatest hyits set, the NY legend manages to condense more than twenty years into less than an hour. Cramming in this much music means we are sometimes left with little more than a verse from each song, but with such a wealth of material, there can be few complaints as he breathlessly tears through the likes of ‘The World is Yours’, ‘The Message’ and ‘Made You Look’.

If nothing else, Todd Terje is a man who gives the crowd what they want. While it would be unfair to describe the Scandinavian as a one-tune wonder, he is all too happy to play up to the cult of his all-conquering ‘Inspector Norse’ - which shows no signs of decreasing in popularity some four years since it first arrived on dancefloors. He teases the tune between disco-heavy selections from his back catalogue and when he finally unleashes his juggernaut he has the tent bouncing and the serotonin sugar rush is palpable. Back at the Main Stage, The Chemical Brothers are Friday’s headliners and have been in this position enough times to know how to handle such expectations and deliver a set jammed with classics. The show might not be much different to the one they brought to these shores last summer but the visuals and light show are more than sufficient to keep the crowd hypnotised while a final one-two punch ‘Setting Son’ and ‘Galvanize’ leads to all-out pandemonium.

Saturday arrives and with it comes a steady stream of rain that leaves the campsite resembling a low budget version of Kevin Costner’s ill-fated 1995 vehicle Waterworld. This should have come as no surprise to those in attendance - for at least 300 days of its calendar year Ireland exists under dishwater skies and perpetual downpour – but somehow we still manage to act surprised when Ra refuses to look kindly on our gathering in the bog lands and pisses all over our parade.

Taking cover over at the Rankin’s Wood tent, Chicago upstarts Whitney amble on stage look like the cast of Larry Clarke’s Kids a decade or so down the line. They are dishevelled, bleary eyed and have a jittery, manic energy that might have something to do with the fact that they have yet to see bed. ‘Polly’ finds Julien Ehrlich and keyboardist Malcolm Brown rolling around the stage in a romantic clinch while closer ‘No Woman’ has the tent vibrating and humming along to Max Kakacek’s melodic guitar figure.

Next up is Joey Bada$$ - a rapper who judging from today’s set is ready to take the next step in his career. This means a new three-piece band alongside his trusted DJ Statik Selektah, as well as a poppier sensibility, as shown by the first airing of a new song that could be his biggest hit yet. While the Brooklyn MC is clearly looking to grow, it’s when he’s at his grimiest that he’s at his best and raucous renditions of ‘Survival Tactics’ and ‘No 99’ lead to arguably the wildest mosh pits of the weekend.

Noel Gallagher takes to the stage at the wettest point of the evening. There are murmurs of discontent and suggestions of desertion as he ploughs through a set front-loaded with recent High Flying Birds numbers but once he locks in to the bulletproof Oasis classics that have conquered a thousand festivals, the crowd is able to do most of the heavy lifting and Noel can sit back and bask in the adulation. A botched ‘Champagne Supernova’ draws good natured jeering from the crowd while ‘Wonderwall’ and ‘The Masterplan’ do exactly what you expect them to do.

Similarly, LCD Soundsystem is a set of two halves. Early on, things can’t help but feel a little underwhelming as Murphy and his angelically dressed cohorts rip through their post punk/dance rock mash-ups and it is only later on when they start whipping out the anthems that they seem to fully fill the stage. ‘Dance Yrself Clean’ has the crowd doing just as instructed while ‘All My Friends’ sees a good portion of the front row of the crowd stripping down to their waist and hugging anyone within a five foot radius.

Early Sunday, the skies thankfully clear for reggae legends Toots and the Maytals, sparing us the sight of the 73-year-old Jamaican being pelted by the Irish elements. ‘Pressure Drop’ helps the early afternoon crowd shake off the last vestiges of the previous night’s excesses and by the end everyone is skanking along with the band in the midday sunshine.

Next, James Bay’s wiry frame creeps on stage to one of the biggest crowds of the weekend. ‘Hold Back the River’ predictably has teenagers and the Sunday day-trippers losing their minds while a cover of ‘Proud Mary’ manages to encompass his good natured appeal and powerful uncoolness in a single gesture.

Later, Manchester legends New Order are given the penultimate slot for the weekend and deliver a set jam packed with Balearic-inflected dance rock and pulsing basslines. A final salvo of ‘Blue Monday’ and ‘Love Will Tear Us Apart’ manage to prick the ears of even the most casual of fans.

Lana Del Rey’s tales of Florida kilos and getting high by the beach sound almost comically out of place in the rain specked Main Stage and some question if she would been a better fit a little earlier in the weekend. The crowd seems restless in the early stages but once the hits come out they manage to find their voice with ‘Video Games’ and ‘Summer Sadness’ in particular prompting mass singalongs.

Electric Picnic might not be the hippy free-for-all that it once was, but it would be strange if it had remained static considering all of the mutation and expansion it has undergone in recent years. One suspects that even during those ancient gatherings on Tara Hill, there were druids scratching their beards questioning whether that year’s event was as good as previous years. Electric Picnic might not be quite the same festival as it was when it emerged 12 years ago, but as Dylan once said, if you’re not busy being born, you’re busy dying. Here’s to next year.