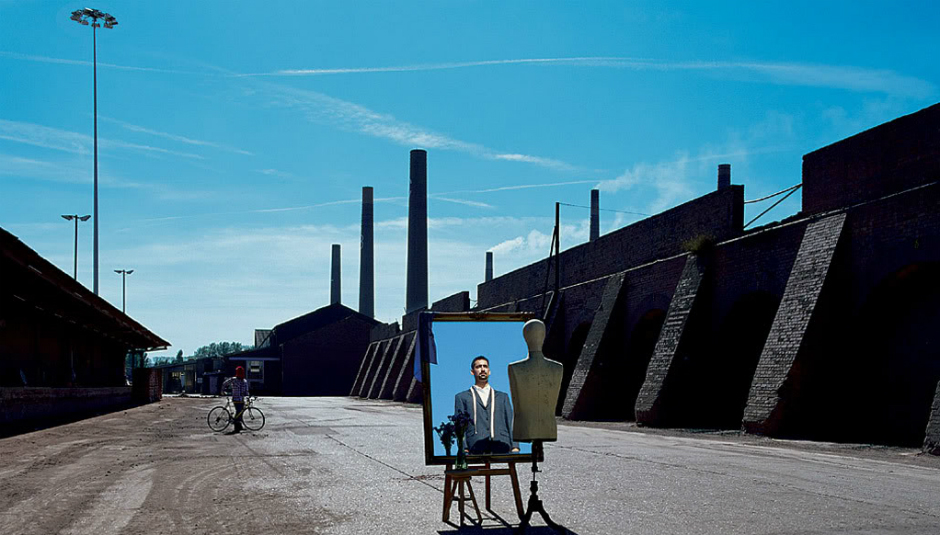 In the rock world, I feel like prog rock is the Catholic Church and punk rock the Protestant. When Martin Luther nailed "here's one chord, here's two more, now form your own band" on the door of the Wittenberg church, he set in motion new standards of authenticity in the world. No longer could the Holymen give their long services in incomprehensible Latin while busting out five-minute guitar solos, they were beholden to an idea of "three chords and the truth". The Word was democratised and anyone could now understand the holy spirit in language that made sense to them. Sure, this was a necessary reaction to the bloating of prog-rock but sometimes it feels like we threw out the baby with the bathwater. There's loads of prog that is awful and boring but what about 'Close To The Edge' and '21st-Century Schizoid Man'?

The current strand of hipster music criticism still bears a strand of influence from the punk-influenced writers like Lester Bangs who abhorred the pretensions of prog with all their heart. This, I believe, has led to The Mars Volta never quite receiving the love that they deserve from music magazines I respect (although this indie puritanism definitely seems to have lessened in recent years). For anyone not in the know, The Mars Volta are essentially made up of guitarist/songwriter/producer Omar Rodriguez López and singer Cedric Bixler-Zavala (who were both previously in cult post-hardcore band At The Drive-In) and a changing cast of other band members. At The Drive-In, and sometimes TMV's first album, De-Loused In The Comatorium, seem to be acceptable to like (their punk credentials save them here) in trendy circles, but things beyond this point are less assuredly acclaimed. I somewhat understand this, The Mars Volta definitely aren't an easy band to like. Frances The Mute is fairly ridiculous: only one of the songs is less than ten minutes long, the lyrics are either word-jumble dada or in Spanish and it features two minutes of what is basically just Puerto Rican frogs croaking. It also starts with 'Cygnus ... Vismund Cygnus'.

'Cygnus... Vismund Cygnus' has to be one of the all-time great side one, track ones. The album starts using the same trick as that other classic of '00s rock Songs For The Deaf. When you start playing the record, you hear Cedric Bixler-Zavala softly sing "The ocean floor is hidden from your viewing lens" while Omar Rodriguez-López strums an acoustic guitar. The volume is very low; you might be inclined to turn it up (you can't even hear it). When the whole band comes in, the track violently jumps several decibel levels. What follows is the exact opposite of Pink Floyd's heavy-lidded space anthems. It sounds like getting into bar-fight at a punk show moments after you realise your beer has been spiked with acid. Punches seem to be thrown from impossible angles by a three-armed man as you simultaneously realise that all life is one single vibration. This smart use of dynamics continues throughout the song. Four minutes in, the song melts away into a jazz-fusion dreamscape and Rodriguez-Lopez plays what might be his finest guitar solo. After a few trippy minutes the song builds back up and eventually erupts into a maelstrom of guitar and drums before leaping straight back into the song's chorus (but now before leaving you in free-fall for a split second). It's a masterful trick of dynamics and songcraft not unlike a gymnast pulling off an intricate somersault while appearing externally zen.

The songs that follow may not quite reach this height again (nothing does) but they come very close. 'The Widow' is the obvious attempt to create something bite-sized for the casual listener (although the album version still ends with two minutes of organ and electronic noise). It's something like a character study but, as with any narrative in Cedric's lyrics, it immediately leads into the absurd. 'L'Via L'Viaquez' is the album's most 'Latin' moment with its almost entirely Spanish lyrics and the appearance of salsa pianist Larry Harlow (who Omar credits as being a primary influence on him). 'L 'Via' also features two incredible guitar solos from Omar's BFF John Frusciante. 'Miranda That Ghost Just Isn't Holy Anymore' is a slow-burning track with a notable Ennio Morricone influence (which partially comes from Flea's incredible trumpet solo). Closing track, 'Cassandra Gemini', is a half hour tour-de-force of everything ridiculous the band has ever done. Rodriguez-Lopez once compared it to King Crimson and Bitches Brew, something that definitely makes sense.

The cosmic horror writer HP Lovecraft once wrote that, in his work, he hoped "to achieve, momentarily, the illusion of some strange suspension or violation of the galling limitations of time, space, and natural law which forever (sic) imprison us and frustrate our curiosity about the infinite cosmic spaces beyond the radius of our sight and analysis". If The Mars Volta wrote a manifesto, I could see this as being the quoted epigraph at the top. Their music takes in basically every possible way mankind has sought to transcend everyday reality as heavy elements of psychedelia, surrealism and science-fiction pervade their music. Dreams of other worlds, other lives, other states of consciousness can be seen in their René Magritte-referencing album cover, their penchant for onstage improvisation and a sense of revelling in all that is weird. Mars Volta songs are something you can get lost in, through their length, their non verse-chorus-verse structures or through minutes of strange noise. They aim to explore the subconscious by escaping rationality and the entire idea of making sense. As Omar once said "I just want to speak from the subconscious, which knows way more about me than my intellectual side will ever know." The band have, unsurprisingly, often claimed surrealist filmmakers David Lynch and Alejandro Jodorowsky as major influences.

These references to film directors are notable. Omar Rodriguez-López has an auteur-like grip over the band as songwriter/producer/guitarist. As well as his idiosyncratically dissonant, effects-laden guitar style (he's still probably my all-time favourite guitar player), his production is just as important. Rodriguez-López's production techniques include: recording the band in isolation to a metronome without being able to hear the other band member's contributions (an idea he got from Hitchcock), and including lyrics Cedric improvised as placeholder lyrics (a very Lynchian idea). Auteur directors moved from merely telling a story with film to celebrating the aesthetics of film itself. Through unusual camera shots and editing techniques, they celebrated visuals and not just story. Omar does something similar with his use of sound. His interest in timbres and textures makes the band's link to producer-led genres like dub and electronica clear. Through field recordings, heavy treatings of instruments and electronic soundscapes, Omar is just as present as a producer as he is a guitarist. The Mars Volta made a fairly large impression on me as a teenager. I'm pretty sure I mainly started listening to them because I imagined that their ten-minute songs would mostly be guitar solos (which wasn't entirely true). They ended up being my gateway into electronic music, jazz and David Lynch amongst many other things. Frances The Mute is the pinnacle of what I consider to be a fantastic trilogy of albums, including the aforementioned De-Loused and the underrated Amputechture.