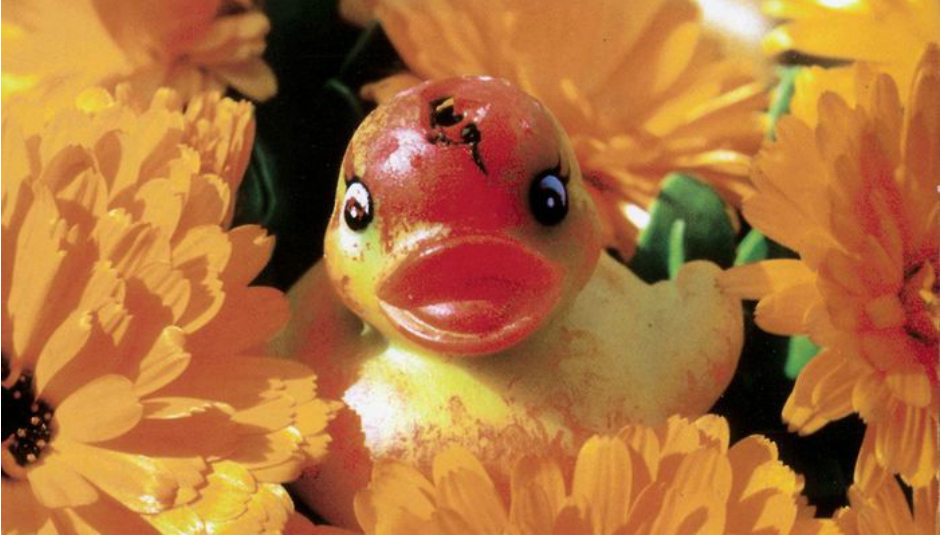 Right then, let's get the elephant in the room out the way - 'You're Gorgeous'. Whether the song conjures euphoric memories of 90s indie clubs, or skin-crawling flashbacks to woeful wedding playlists, the fact remains: this song both certified and sabotaged Babybird's chance of an enduring, commercial legacy. If you've not heard the track in some time, fire it up and pay attention to those lyrics; sure, it's catchy as sin, but it's also a scathing tale of manipulation and misogyny. Not ideal for a first dance.

Stephen Jones, the voice and brain behind Babybird was an unlikely pop-star; his artistic career began in Nottingham where he composed songs for an experimental theatre group, later, he began to home record a breadth of lo-fi music which was subsequently released across five limited albums by Chrysalis Music between 1995 and 1997. Despite their disjointed nature, these early releases showed huge potential and deservedly courted Jones his first taste of critical appraisal in the British music press. By 1996, Echo Records signed Jones' then touring band Babybird to record a debut – Ugly Beautiful.

Forgive the history lesson, but context is key to understanding why There's Something Going On, the band's second major album, is such an enduring and under-loved masterpiece. Released in 1998 just as Britpop was entering its hangover period, the album met the public under unfortunate expectations. 'You're Gorgeous' reached number 3 in the singles chart and Ugly Beautiful, while frequently dark and alienating to radio-friendly ears, at least offered disconcerted listeners 'Cornershop' and 'Goodnight'. The lead single from album? 'Bad Old Man'.

“He drowned his step son in the duck pond / Let the wifebeater out to make a pop song / He put razor blades in the ice cream / Shot a paedophile in a wet dream”. And so there you have it, a fitting follow up to the 90s compilation staple. This searing attack on crooked pop-culture figureheads opens the album with an authoritative kick to the teeth, its ruminative piano chords rousing a sinister sense of unease as Jones' delivery becomes increasingly cutting, culminating in a fierce assertion of the song's antagonist: “He's half a man, and half a God / One-half bitch, one-half dog”.

Of course, Jones is by no means shy to the merits of sugary, pop sequenced melodies, which is why follow up single 'If You'll Be Mine', a fairly traditional love song in its own right, remains wholly welcome among the album's darker numbers. As the record drives onwards, we’re introduced to characters both deplorable and pitiful as Jones laments the dark potential of everyday human nature and masculine disgust with a wry accessibility. Like The Smiths before them, these songs can be tastelessly brushed off as 'depressing' or 'wrist-cutting nonsense', but any keen-eared listener will be able to identify both the humour and social relevance of these songs; 'The Life' for example can be interpreted how you wish, but there's no denying the ease at which these lyrics draw visceral imagery in the mind: “I got this no good, deadwood / Motherfucking itch / And I am going to hell / They got this small pen, fat pig / Two foot by one and it's beginning to smell”.

The album's inarguable peak is 'Take Me Back', a harrowing point-of-view account that traces the discovery of a woman on the roadside ravaged by domestic violence. In both terms of lyricism and vocal delivery, this is the song which Jones deserves to be most proud of. As the spectator, Jones beautifully (and terrifyingly) articulates the fear, pain, and severity of the song's victim and subject matter, variably pushing his vocals to what sounds like their physical limits. “He scratched your eyes, your pretty eyes / With a handful of rusty nails / And then he pushed you into a ditch / With the slugs and the snails / I'm so angry she's not angry / Every second of every hour / She shuts the door and slides the latch in / Tries to wash him off in the shower”.

The album performed fairly well commercially, but by no means on the level of its proceeding release. If released today, this album would be celebrated by the indie press as a left-field masterpiece; this is why it's so unfortunate that at the time, the exact kind of audience who would relish these songs were likely put off by the band's former commercial successes. Today, the album continues to attract new fans through word of mouth, relentless fan commitment and a series of unexpected celebrity endorsements (I once bumped into Bob Mortimer, and all I could think to talk to him about was Babybird – he's a big fan).

For me personally, both this album and Ugly Beautiful were indispensable throughout 2014 and 2015. At the time, I was suffering massively from an unexpected upheaval of OCD which I had largely kept under control since my early teens. Working in a new job in a new city, the unrelenting mental ruminations and intrusive thoughts nearly had me buckled from the psychological stress of it all. Oddly enough, the two albums I could rely on every time to clog the pores in my brain were by Babybird. This music arguably helped me push through months of useless therapy and helpless misunderstanding of my mental health by offering an equally comforting and unsettling distraction. Music to slit your wrists to? Fuck off, this is beautiful.