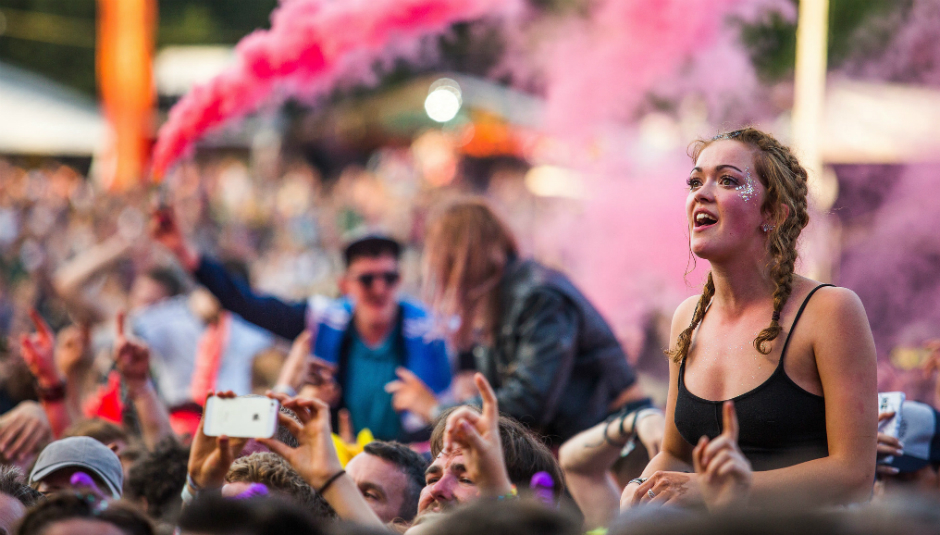 There we were again. Back in those bloody Kendal Calling fields for a fourth consecutive year. And once more, come Monday, we are loathe to leave. The Lowther Deer Park festival just keeps surprising me with very version and 2016 felt like the strongest yet.

A recurring theme of this year’s festival was me enjoying bands I’d stubbornly protested against in the build-up. The first of those acts is Noel Gallagher and, in that particular instance, it’ll probably come as no surprise that his heady ballads managed to win me over in the heat of the moment. ‘The Masterplan’ is a fantastic song and it’s essential that it remains in the live set. ‘Talk Tonight’, too, is a nice surprise, particularly for one of my friends who adores the track. But this is the end of the weekend, and there’s much more to discuss.

The second of those acts is on Friday night and is Catfish and the Bottlemen. How very maligned they seem to be by those who spend their time writing words about music. Van McCann seems to attract sneers across the board. The main criticism appears to be not only their reluctance to change their style, but their openness about not trying to. But why reinvent the wheel when the bandwagon is rolling on? They had a better crowd reaction than Noel on the back of what they’ve done so far and, despite myself, I found myself caught up in it. Plus, ‘Cocoon’ and ‘Fallout’ are bangers even if I have some trouble telling one from the other. Just don’t expect me to put them on when I’m in the real world.

We had hoped to catch the fantastic New York Tourists over at the Woodlands Stage earlier on Friday. A fainting episode from a friend resulted instead in a trip to the medical tent. The staff were brilliant and deserve our thanks, but I’ve also heard the band were great, drawing one of the bigger crowds over there. A shame for us but good for them.

Bands like We Are Scientists and Maximo Park provided indie thrills with tracks like ‘After Hours’ and ‘Books From Boxes’ respectively. The latter have somehow evaded me through my whole gig-going life, so it was nice to tick that one off even if they did tick me off by appearing late thanks to an errant plane.

In terms of food, Ghandi’s Flip Flop was the best as it always is. Healthy, substantial, tasty and good value for money. The vegetarian Indian stand is everything you don’t expect festival food to be and my stomach invariably had eyes for nowhere else.

The Hives show up as one of my friends falls asleep on the hill at the main stage. I spent the rest of the day berating him for his mistake. Comfortably the most fun act of the weekend and the biggest mosh pit you’ll ever see at Kendal Calling; I didn’t really expect to be in one at all. The Swedish band don’t just carry an audience so much as drag them along while doing this ridiculous walk.

Even Peter Doherty managed to be on good form. While we missed his set over at Tim Peaks Diner, we saw him headlining the Calling Out stage and, despite fears mounting as he was a little late, he was basically as good as one can expect. Just one Libertines track is aired in ‘You’re My Waterloo’ but it’s ‘Albion’, ‘Kilmangiro’ and ‘Fuck Forever’ that draw the loudest cheers. The latter closed the set in a fashion as wonderfully chaotic as Pete himself.

The Woodlands Stage somehow recaptured its mystique that had felt watered down in recent years. Meanwhile, on that same stage, Silent Disco also grabbed back the magic lost in last year’s ponderous effort; it was once again a pain to drag yourself away from the area rather than one of those where you keep praying for the next good song. Similarly, the indie disco in the Calling Out stage excelled. Last year, it felt like the same songs, in the same order, every night and as such stagnated. This year it varied with both Baggy Mondays and Karl Yates excelling. And yes some people climbed the rafters. Don’t be daft.

All of which leaves me very excited for Kendal Calling 2017. The countdown is on.